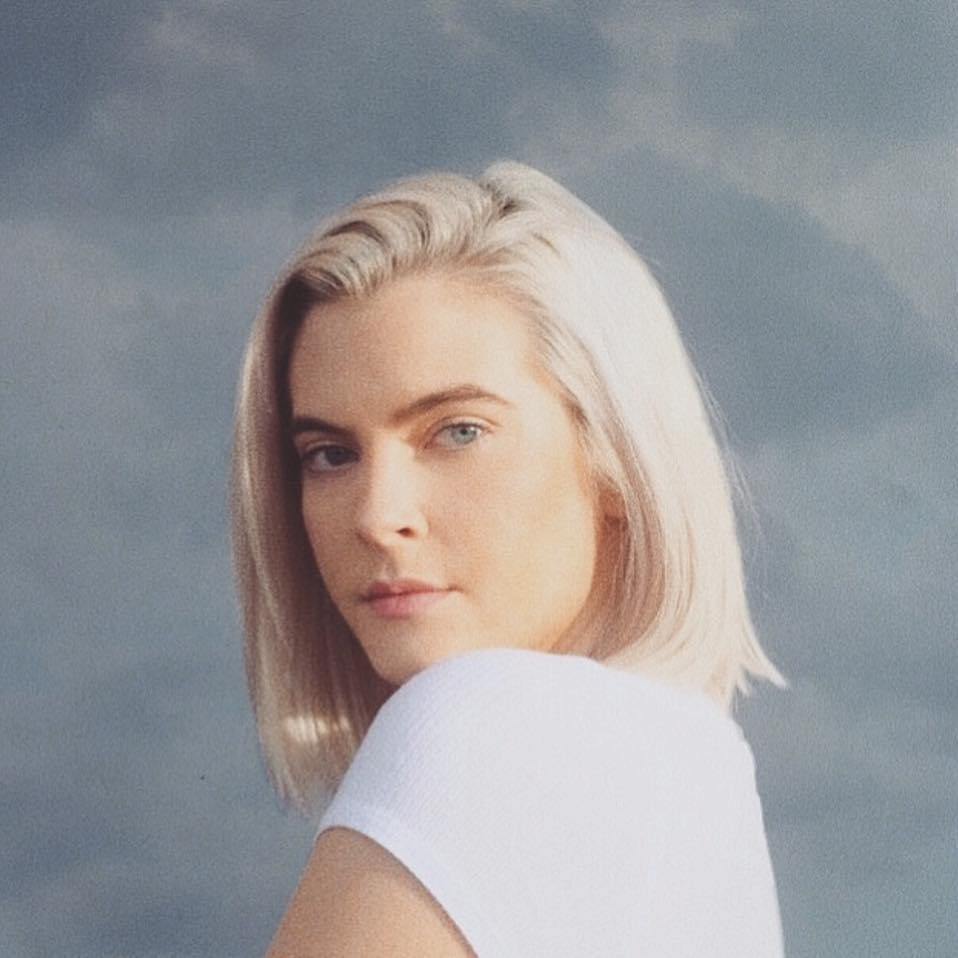 I love a good story, and I love a good crush. Chey Rose has both and her Tik Tok love story is adorable just like the song she wrote "Blush." Shimmering pop at its finest and her sweet voice will have you addicted. We talked to her about Tik Tok, the new song, and taking chances!

Chey Rose: My dad influenced me a lot musically because he played the 12 string acoustic guitar and sang some himself! At an early age, I was enrolled in piano lessons and then later picked up the guitar from his teaching. I think the first song I wrote I was in first grade, and I didn't even really know what I was doing — just singing random melodies and lyrics into one of my dad's flip phones (it didn't even have service, I just used it for the "recording" feature, lol!). I remember at age 10 having a folder of "songs," thinking if I just wrote 10 to 12 good ones, I would have enough to release an album. I never really realized songwriting and music was an option career-wise until high school, so that was when I really dove in, found the songwriting program at Belmont University in Nashville, and made that my focus to reach my goal of becoming a full-time artist/writer!

Tell me about your new song "Blush" what's the story behind it?

Chey Rose: Absolutely! I had thought of the title "Blush" and the little chorus hook melody back in July. But it wasn't until Fall that it really started to snowball into a full idea. One night I had a dream about this guy I kinda started crushing on, and I woke up buzzing with a ton of lyric ideas I frantically started writing out, and when I got them together, I realized blush was the perfect title. It was one of those burning ideas I had to develop ASAP, so I brought it into a session with my friends Amy Asher, Taylor Foley, and John Townsend, and they helped me put that feeling of having a new crush into words perfectly! My favorite part of the whole song is probably the first verse because the lyric about the dreams is 100% true and is how the whole idea for "blush" came together.

I LOVE the Tik Tok Story, how did that feel to get so many likes on your song?

Chey Rose: I'm so glad you loved it! It definitely feels super surreal and really exciting! The funny thing is I got the idea to do this on such a spontaneous random whim and just filmed it real quick an hour later, seriously not thinking it would get more than a few hundred views. To say I was pleasantly surprised and by the response is an understatement! Tik Tok's algorithm is so cool, and my following grew by 900% in just one week through all of this. I feel so supported by all the sweet people in the comments who got SO invested in my crush story, encouraging me to tell him and hyping me up! I never in a million years expected I'd have a viral Tik Tok AND a date with my crush going into 2021, so it's been a whirlwind to say the least!

Tell us about how nervous you were to ask out your crush?

Chey Rose: Oh my gosh. I am seriously shy when it comes to crushes — I'm the type of girl who will hide my feelings for months and shoot my shot by liking a picture on Instagram! Lol. So when the views started going up and I realized there was a real possibility I'd have to tell him, I was SUPER nervous, and it was like a 4-day long adrenaline rush just waiting for it to reach 10k! But once it did, I reached a point where I was like, okay, I'm doing this. I CAN do this. I can be bold and brave and take charge of my feelings. I made peace with the possibility of rejection and just took the plunge because WHY THE HECK NOT. In the moment, my palms were sweaty, my heart was beating super fast, and my little brother was hyping me up, and I truly just felt so alive! In the aftermath of waiting for his response, I was texting all my close friends, freaking out and screaming into pillows and stuff like that, lol.

Did you go out yet?! We're dying with curiosity!

Chey Rose: We haven't yet! We're both out of town for the holidays. But I get back to Nashville on January 12th, so I'll definitely have to do an update video after we go out since everyone is so eager and invested!! It's kind of a weird way to start something out to be honest, with the pressure of people watching and waiting and wanting updates on how it goes. But nevertheless, I'm super thankful for everyone's support, and it's a fun challenge I'm up for!

How have you been staying creative/motivated this year?

Chey Rose: Honestly, this year has been challenging in other areas, but it's been full of inspiration for me creatively! Being stuck at home during quarantine, I was reading a lot and binge-watching a lot of shows, and those are two of the main ways I get song ideas — picking up cool phrases, words, or titles I hear and building stories around those. When college started again this Fall, I moved in with two of my best friends, and that has been the best experience ever, so I've ended up having a lot of love song inspiration just from the sheer happiness of those amazing friendships. Being creatively motivated is like a muscle; when I'm in the habit of exercising it regularly, I CAN'T stop finding inspiration for song ideas!

Chey Rose: I would say the biggest challenge has probably been finding balance! I have been completely independent up to this point in my career. As a full-time student juggling college classes, odd jobs to make money, co-writing sessions, and recording sessions, all while trying to maintain a personal life, has kept me busy, to say the least. Sometimes it's easy to get overwhelmed, but honestly.

Chey Rose: The best piece of advice I could give any girl: no matter what you're doing or what your dream is, PERSEVERE. Especially as a woman, you are going to face doubters, criticizers, haters, people who just want to block your vision. But the most important thing is to PUSH BACK against that, pick yourself up, and keep working. I think perseverance is the most important quality you could have. You have to keep going and believe in yourself, even when no one else around you does!