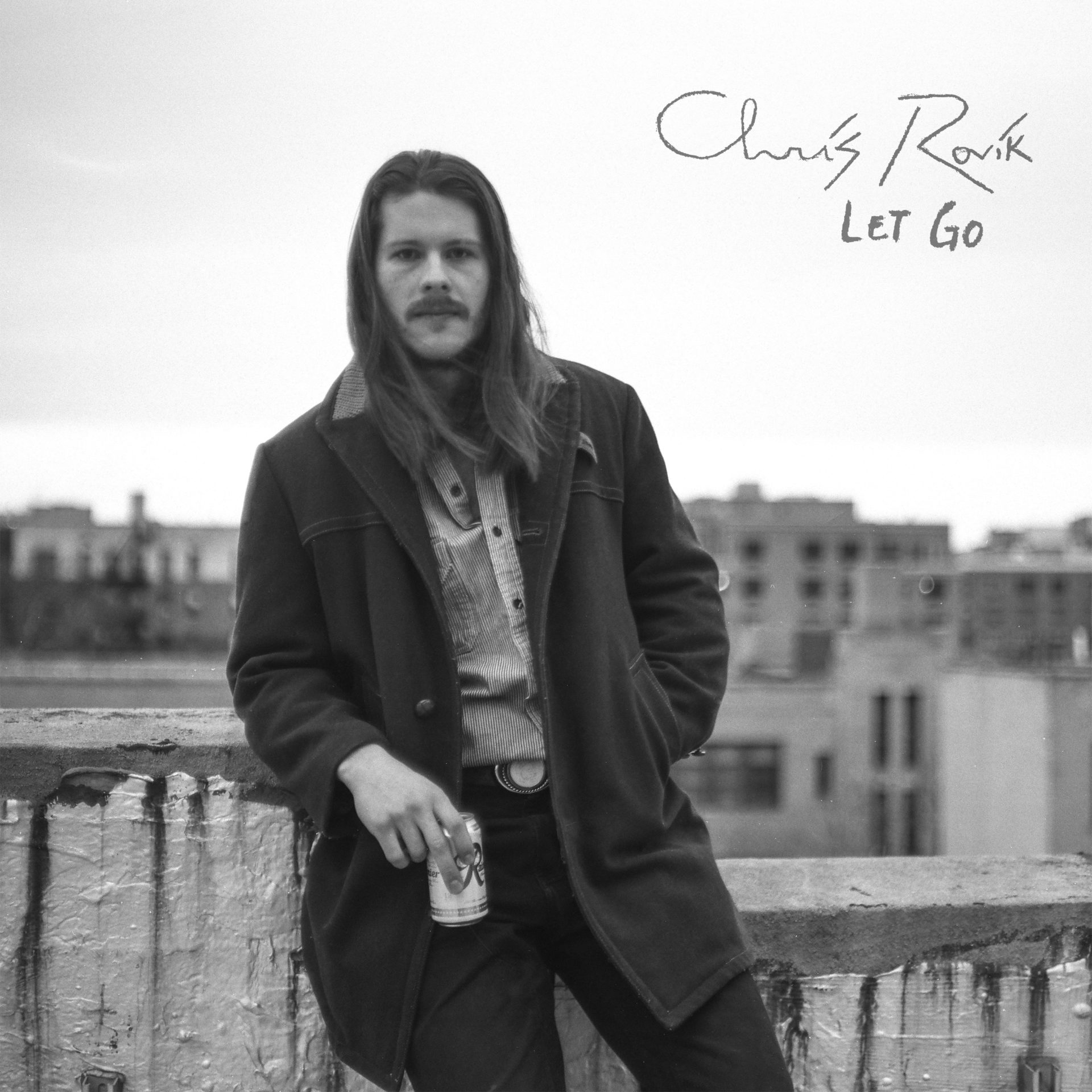 I’ve found most of my favorite bands on accident, by wandering into bars or following friends to gigs I had no plans of attending. I found Chris Rovik through his other project Clone Wolf last May when they played their first New York show. I was hooked immediately. Their album Icehouse made it onto my list of top three albums of 2018 and for good reason. In the last year, the band has gone through some changes, which have led Chris to make the decision to put out music on his own.

“Things have definitely slowed down with Clone Wolf for right now and I have always wanted to record my own music. Jonny Gundersen has been busy working on his own music so I just figured I might as well be productive too. It just seemed like now is the time.”

The release Chris ended up with is a three track EP titled Let Go that he recorded by himself in his bedroom. His voice transitions well to a more singer-songwriter genre soaring over the stripped-down guitar driven tracks. The composition brings more attention to lyricism and Chris’s strength as a solo artist. His journey with music began with the violin when he was three years old. He then transitioned to the piano and eventually taught himself to play guitar as a teenager.

While he wanted his solo project to rely mostly on his own talents, he did bring in some outside help. He outsourced the mixing and mastering to his friend Nathan Yaccino worked with Noah Gundersen; “He has pro tools and I just have GarageBand. So, basically, I gave him a rough mix of the songs so he could see how I automated it and then I would send him clean tracks as well. So then he would either take the clean track and match it to the one I did and make it a little bit better or just go from the rough mix.”

The decision to move to New York from the Seattle area came when Jonny Gundersen called him while he was on tour with his brother Noah saying he wanted to move and asking if Chris would come with him, “I was kinda just doing the same thing every day, and I was paying New York prices to live in Seattle because of the influx of people coming in to work at Amazon. So I figured why not. New York is a never-ending expanse of getting to know new people and branching out.” Moving away is something Chris has done before. “I think I just have an itch to get out sometimes. I moved to North Carolina for a bit once, and I spent six months in Russia and Iceland.” So he packed a backpack, shipped his music gear out, and slept on a friend’s couch until he found an apartment and a job.

The city influences everyone differently. For Chris, it pushed him to spend more time in solitude with his music, “New York is very overstimulating. It seems like the only way I can escape is to stay in my bedroom because there are literally people everywhere. So I just took some time and locked myself in my room and I reworked and recorded the track Let Go.” He first wrote the song back in Iceland and recorded two other times with two different iterations of Clone Wolf.

The third and final song on the EP, "I Wanna Feel," has a darker more somnambulant sound. The vocals are distorted and sound almost like it is a recording of a recording, giving it a dreamy atmosphere. The song has gone through a similar process as Let Go, ranging from a surf rock song to a western rock song. Chris calls the EP’s version his “opinion” of the song, citing his satisfaction with the harmonies that float in and out.

While the other two songs are all Chris, Ohio came together with the help of Plastic Picnic’s Marshall Hunt. “I had the riffs and the chords were all there, but that dude is a genius when it comes to song structure so he helped me out with that. He just pushed me to do cooler and weirder things with the song like going from a pre-chorus to a verse. There was a lot of trial and error and bouncing ideas back and forth. We recorded the guitars at his place and he did the ambient wave-like sound.”

The song has one of my favorite lines of the EP, “I’m afraid to love you/ I’ve been thrown away before.” It is so straightforward yet so poignant in its simplicity. He somehow managed to verbalize a feeling many people have felt, but have not had the guts to admit.

There is something very raw about the release, which made sense when he listed Sigur Ros, Elliott Smith, Radiohead, and Pedro the Lion as some of his main influences. While I do thoroughly enjoy his work as a part of Clone Wolf, Chris Rovik’s voice has enough strength to stand on its own and I am excited to see what comes next.