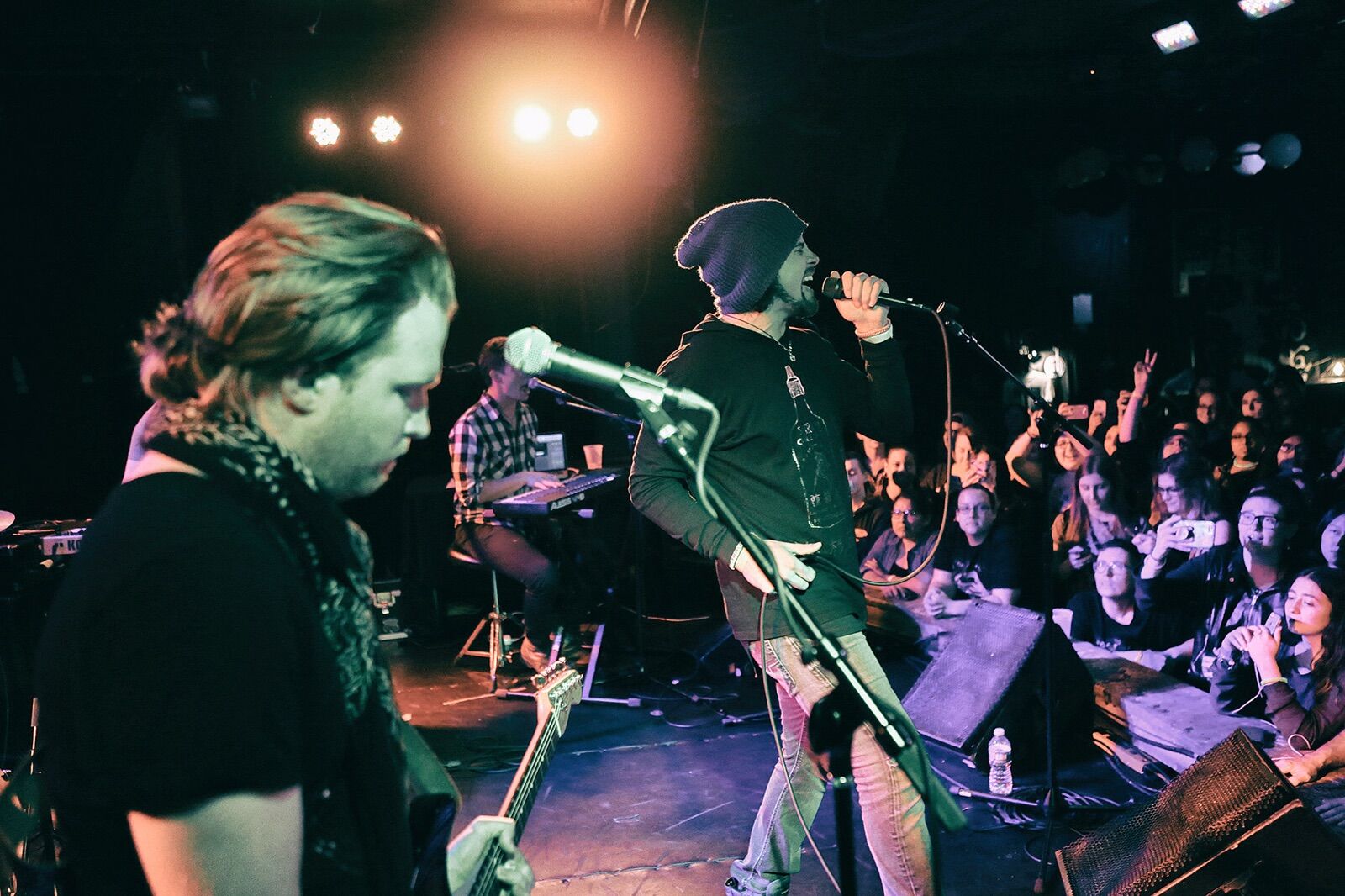 Even from hearing the two talk on the phone, you can instantly tell Chyler Leigh (of Grey’s Anatomy and Supergirl) and Nathan West (who you might remember from Bring It On) are not only in love with craft, but completely adored with one another.

This love and admiration shines through for West’s band, East of Eli. The group recorded a few songs that Leigh is actually featured on. She tells me that breaking into singing wasn’t something she’d always want to do. “This venture is very recent for me. It’s amazing and terrifying at the same time, but since I am with my husband, it’s fairly easy.”

West interjects and gushes, “I don’t know why she’s like this. She does a great job, has a beautiful voice and she’s just naturally talented.”

“Music was something I always wanted to do since I was 13,” says West. “This was a long time coming. It’s authentic to me. When you’re performing it’s just you – there’s no character to hide behind.”

“I kind of like him,” laughs Leigh when she talks about working and collaborating with her husband. “Every time we work together, it’s always something special and that’s our goal.” The duo released a few songs on SoundCloud to share their project with the world. “We knew people would find them, but we didn’t think it’d blow up as big as it did,” admits Leigh.

While it’s challenging to film Supergirl and tour, Leigh wouldn’t have it any other way. “Our sold out Troubadour show came during my show’s hiatus, so it’s just been figuring out a schedule that works for us,” says Leigh.

She adds, “I knew from the beginning it would be challenging, and I welcomed it. We got to tour Europe during the break and I love it. It’s an amazing experience.”

Several artists choose to go the unassigned route, but for West, this kind of happened on accident. “East of Eli was actually a movie a friend and I were doing,” he says. “The music was used as support to promote the moving and the music was just woven into the story, but that’s when things took off.”

“We already had the buzz and audience for the movie,” says West. “So when the band came to be, it was easy.” “For me, you want people to take you seriously and music is interpreted from the audience’s perspective. That’s what art is.”

His single “Child’s Play” that Chyler is also featured on was written for their son who’s starting 8th grade very soon. “This is a very confusing time in a kid’s life,” says West.

West tells me he wrote this song based off of his personal experiences. “Like I know he’s at that weird point where it’s all about puppy love, but it gets confusing because you know kids can just be evil sometimes. I wanted to create a song where I was able to give my son some guidance.”

“I wanted to tell him that sometimes life can get confusing, and you may not understand what’s happening, but look at me, I turned out okay,” laughs West. “I mean look at me, I scored your mom!”

You can hear Leigh laughing in the background while I’m on the other end of the line SWOONING. True love exists, y’all.

Their new song “Glow” was written by West for their daugher. He wanted her to see the world through a more positive perspective. “It’s an upbeat & heartfelt song that’s meant to remind all of us that our differences make us special because that’s what sets up apart from everyone else. It’s meant to encourage each and everyone that listens (including my daughter) to be proud of where you come from & who you’re becoming along the way so the world can see how radiant you truly are.,” says West.