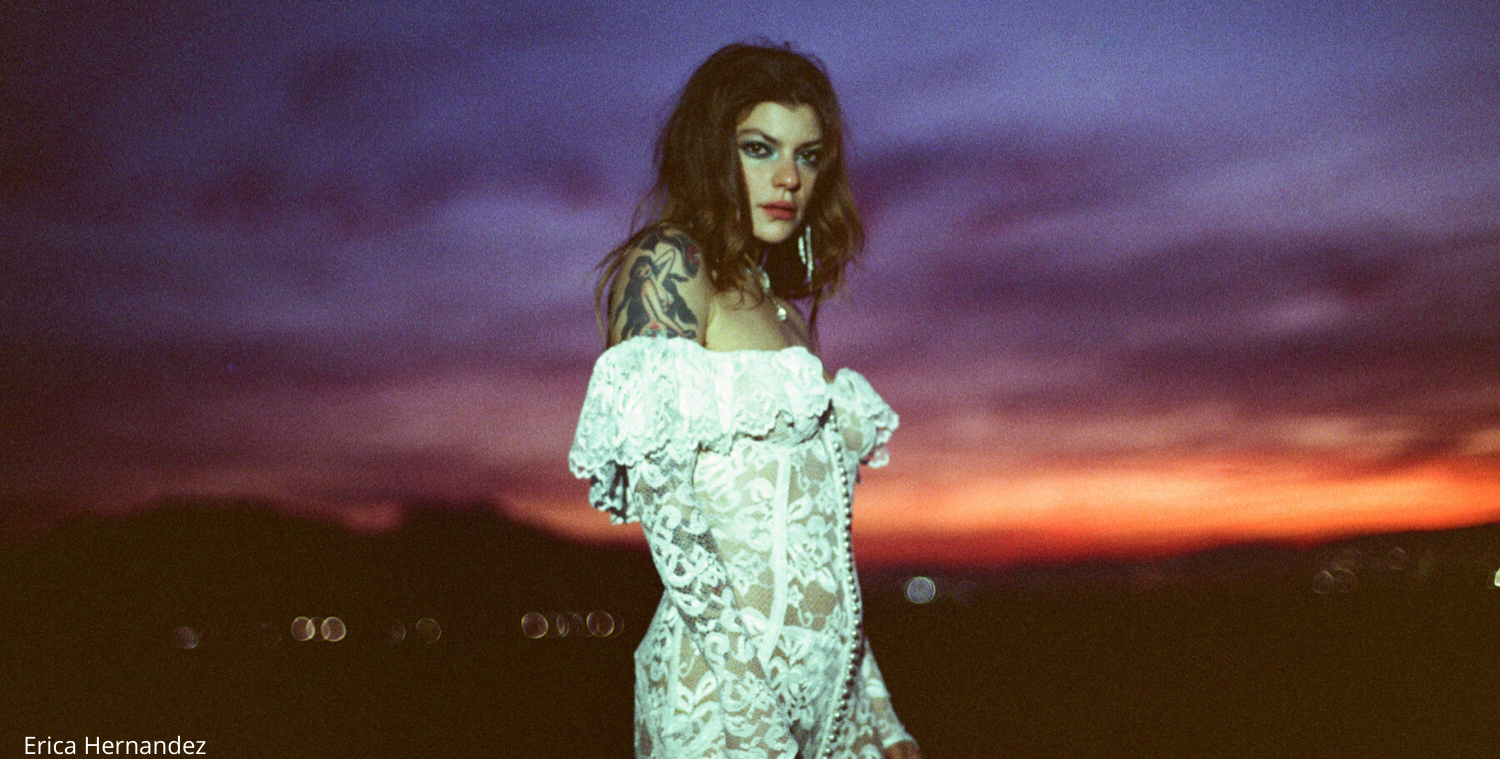 Donna Missal is unforgettable, the pure force of her voice can radiate through a room reaching the deepest corners, but at the same time be so soft and delicate. The way she moves through every realm between the two extremes gives you chills. She's right on the cusp of releasing her sophomore album, and she's a special guest on Lewis Capaldi's European Tour. She's perched right on the edge of her breakthrough, and she knows that.

"I think I recognized early on in my life that singing is something that can connect me to who I am, and I can access parts of my soul that I can't do with anything else. It's transcendent," Donna says, noting that music has always been her escape.

Donna grew up around music, her parents had a studio, and it was ingrained in her from the start. Making it her career was only natural. While she was bartending in New York she thought a publishing deal would be her saving grace, she was singing in bands trying to make it happen, but this was the dawn of the digital discovery.

She explains, "I felt like if I wanted a publishing deal and to take this more seriously than I should put a song out digitally. I haven't looked back since."

Her debut album This Time came out in 2018, and as far as a debut goes, I can't imagine a better example from an artist. She was performing at major festivals and selling out shows. Her highly anticipated sophomore project is the dawn of a new era—an era of vulnerability, but also strength and self-awareness.

She says, "I want to silence any voice that tells me I have something to prove. I wanted to draw inspiration for things that are important to me and felt classic and could stand the test of time."

Donna found a team of collaborators that would bring that out. The first writing session brought to life "Hurt By You," a triumphant declaration of leaving the past behind you and rising from the ashes.

"I had this idea that I wanted to write about this feeling of watching your relationship, your life, burn down around you. Instead of making this narrative of how it hurts and how scary it is, it's a sense of autonomy and freedom and the opportunity for acceptance and moving on." She explains, "I wanted to talk about losing something; it doesn't have to be a grieving process; there's freedom in it. It becomes the message of this whole body of music."

It can be hard to put a new project out into the world, especially when your music is as emotional as Donna's. It can feel too close--too personal, but Donna's readier than ever to release her new baby into the world.

She told me about the night it all came together. "Myself and the producer and my close co-writer we sat in the studio together, and we had a fireplace lit, and we had dinner and turned off the lights and listened to the whole album too to bottom. It felt good to turn the page and let this belong to more than just me."

It's easy to see Donna as a fearless force of a woman, she's so dominating on stage, but she's faced her fair share of push-back. Just like most female artists, she pushed to be taken seriously.

"To be respected takes a really long time. It can be kicking and screaming. This industry is reflective of what's in our culture. You have to make a lot of noise. It's more about amplifying what is happening in our culture and spitting it out in a way that more consumable. It's not just me but a challenge for all of my peers. I'm watching that paradigm shift, while it can be a challenge, I'm happy to watch that be diminished."

Donna is the badass artist we need right now. She sticks to her intuition, but she's not afraid to strip down those tougher outer layers to show her that vulnerability. Her music transcends what's going on in the surface and digs deep into any leftover wounds; it's cathartic. When it comes to her advice for young women, it all comes down to respect.

She says, "I think the more you respect yourself, the more others will follow suit and respect you. I believe self-respect deserves attention every day, and there's a lot of noise around the standards set for women, and it's crucial for you to silence that noise and have the ability to look within. If you can do that, the doors of life will open to you. It may take a while, and it can be challenging, but if you're working on it and taking time to work out it. "