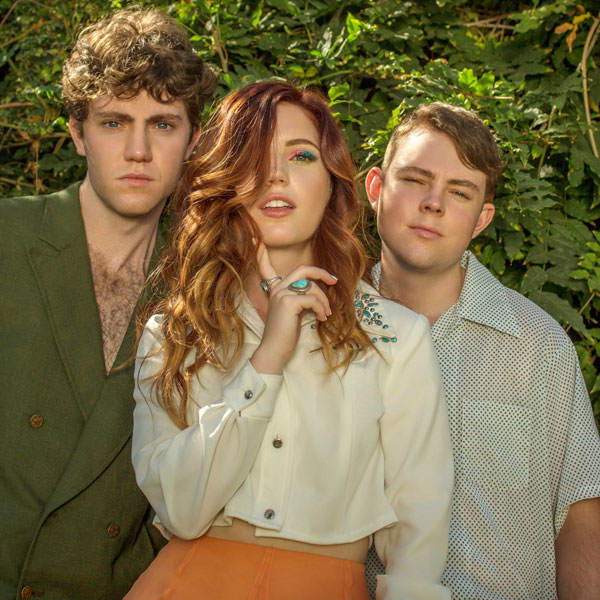 Echosmith just dropped their new album appropriately titled, “Lonely Generation” and a lot has changed since “Cool Kids.” Sydney Sierota isn’t 16 anymore, she’s now 22 and with that comes a new maturity in her songs but she still hits that vulnerability that she’s known for. The overarching theme is a generation that has never had so much capability to connect but is trapped behind technology but they’re still trying to be loved and build real relationships. “Shut Up and Kiss Me” perfectly embodies the angst of fresh love, when you just want someone to hurry up and make a move, which is funny because Sydney wrote the song about her now-husband Cameron Quiseng. Ballads like “Everyone Cries” remind us that we’re never really alone in our struggles and you never know what someone is going through. The tropical vibes of “Scared To Be Alone” are juxtaposed with lyrics about feeling unlovable. It’s clear that Echosmith is on the pulse of what makes their generation “lonely” but they’re putting it all out there to let people know that real connection still exists and we’re all in this together. We talked to Sydney about the new album, fashion, and how to deal with negativity in social media.

How has your life and music changed since “Cool Kids” came out?

Sydney: So much has happened since then because obviously that song changes our lives and our career we’ve had so many pinch yourself moments because of that song do we’re so grateful.  We’ve learned to have a message with what we’re doing, we want to have a good perspective and realize that everyone’s going through something. We always had a goal to share hope and love but having that song do what it did made that tangible it was like so many people felt this way and that’s just what we were experiencing. We want to be really intentional about everything we do. We’ve also grown up a lot and I was 16 when that song came out and now I’m 22 and that’s just a special way to grow up. It really shaped our new album.

Tell me about the new album, what’s the story behind it?

Sydney: We really wrote about life and very aspect of it. It was important for us to be honest and vulnerable. This album is a coming-of-age album but it’s full of different messages whether it’s a fun love song or a serious song about being afraid to be alone and figure out who I am. We want to figure out why life is so special while we’re doing it. I processed this while I wrote them like “Scared To Be Alone,” I didn’t realize I felt that way before I wrote that. It’s scary to be that vulnerable with a lot of strangers but it’s like therapy to me. I thought for a long time I only had to write happy songs but that’s not true, I want to be personal and real.

Sydney: Just staying true to who I am and what I believe in. It’s so easy to let one person’s negative opinion about you change how you feel about yourself. It’s been hard to filter that out. I don’t want to delete social media because I want to interact with as many fans as possible but it’s so easy to get lost in the negativity. It’s been tough to not let that affect me because it only matters what I think about myself.

I want to talk about fashion, you’re a huge fan of modest dressing and I think that’s such a big trend right now. We have a lot of younger female artists like Billie Eilish saying “I don’t want to be sexualized.” Why is that important to you?

Sydney: Part of the decision was because I was young when we started, but I still feel passionate about keeping my body for myself. I grew up being taught that it matters what you do with your body and once you show something, it can’t be undone. At photo shoots I have to remind myself that I can’t undo what I show. People will try to convince you otherwise. I have to put my foot down and say, “No, this is what I want and I’m not changing my mind”. My modesty and keeping that for myself is so huge. You can be beautiful and feel beautiful without showing inches and inches of skin. I didn’t see a lot of that growing up. I like that it’s becoming more common.

I actually think turtlenecks are really sexy, like I’m always in a turtleneck. What are you best tips for people who want to dress more modestly but still look stylish?

Sydney: It’s been fun to experiment with that and my style is still evolving and growing. I love a good turtleneck! They’re so classic. When I’m shopping I want to find something that makes me feel good and represent who I am. I love a sparkly dress and it’s a captivating piece I also love an all black pantsuit. I used to never wear pants and now I love women’s suits and sequined pants. I felt more comfortable moving around and jumping around.

We love a sequined pant! I think that’s so important for young women to know that they decide what they wear and what they want to look like. What would be your best piece of advice to young women?

Sydney: Biggest piece of advice to young women is to take time to get to know yourself and how you feel about yourself. Don’t let other opinions rule your life. There’s a lot of days when I feel insecure and I think we can all get into this trap of the comparison game. Don’t compare yourself to the people on Instagram. Just know that it’s not real life and appreciate other people’s beauty but don’t feel bad about yourself. How you feel on the inside really does show on the outside. Work on yourself everyday, it’s a daily process.