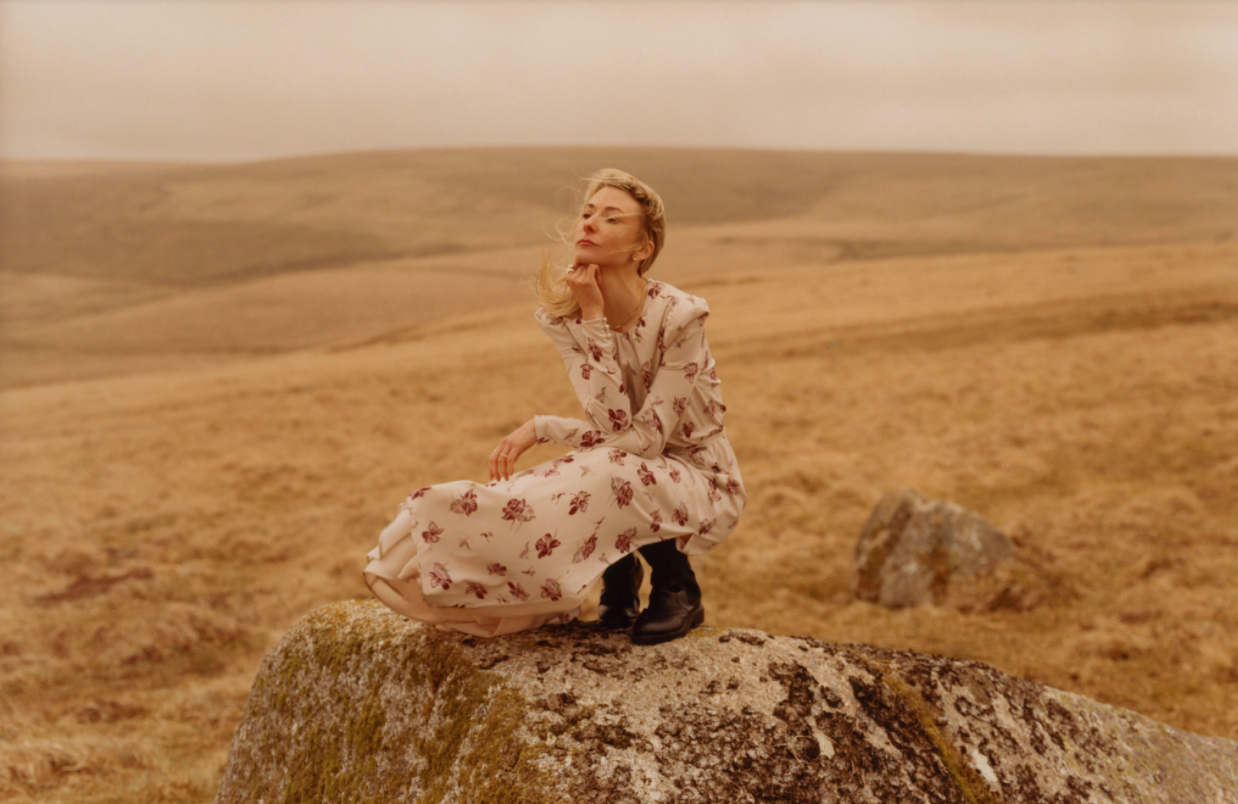 Eleanor K blends her dark pop songs with real emotions with her single, "All In." This track is the first teaser of her self-produced debut album "Everytime's The Last Time." It came about during a crazed period in her life where she was fueled by addiction and an identity crisis.

Eleanor, I'd love it if you could tell us about the process of creating "All In."

Eleanor K: It started with a janky piano and an OP1. The chord progression felt refreshing to me as I tend to steer towards more melancholic-driven progressions. I recorded, looped it and started playing around with the OP1, sampling my vocal and layering different textures and melodies. It was the first song I didn't build up production-wise. I wanted to keep it simple; I wanted it to sound as intimate as possible and not overthink it, which I have a tendency to do. It was also the first song in a while that wasn't so lyrically dark. It was at a point of real relief in my life, and I wanted to portray that in the song.

How did you draw inspiration for the video?

Eleanor K: I had the privilege of working with Photographer and Director Rhys Frampton, who is incredibly talented. I was introduced to him by my guy, Jack Fox, who admittedly also happened to be the inspiration behind the song, so it only seemed fitting to have him star in it. Perks. The concept behind the video is the siren-like call of love and desire. This ethereal ghost / mystic character calling out to her love, ever-present yet simultaneously elusive, oh yes, and there is, of course, a trolley from Morrison's, as what Odyssean myth doesn't point to an "Eat fresh for less" slogan.

What was the process of creating your debut album?

Eleanor K: It has been a long process and a fairly emotional journey. I have songs on it that began years ago and have only finally found their finality recently. It narrates the journey throughout some fairly testing times, into the depths, and back out again.

Is there a track you're particularly proud of?

Eleanor K: A song called 'The Panic's over,' which is actually the next single. I began it back in 2017, and it has seen a few cities and had some wonderful people contribute to it. Lyrically it was a turning point in my life where I was starting to get out of this frantic, romanticized self-destructive period. It begins fairly intimately and continues to get bigger and bigger with an explosion at the end, featuring brilliance from guitarist 'Sebastian Betley', two drummers, horns, and tons of vocals from brilliant people. Finishing that song after so long was a big moment for me.

I know the album is set to come out next year, but what's next?

Eleanor K: I am already working on album two as we speak, actually. But alongside that, I will be touring finally. It's been a minute since I have gotten to be on stage, and I can't wait.

Keep up with Eleanor on Instagram and Spotify to stay tuned.