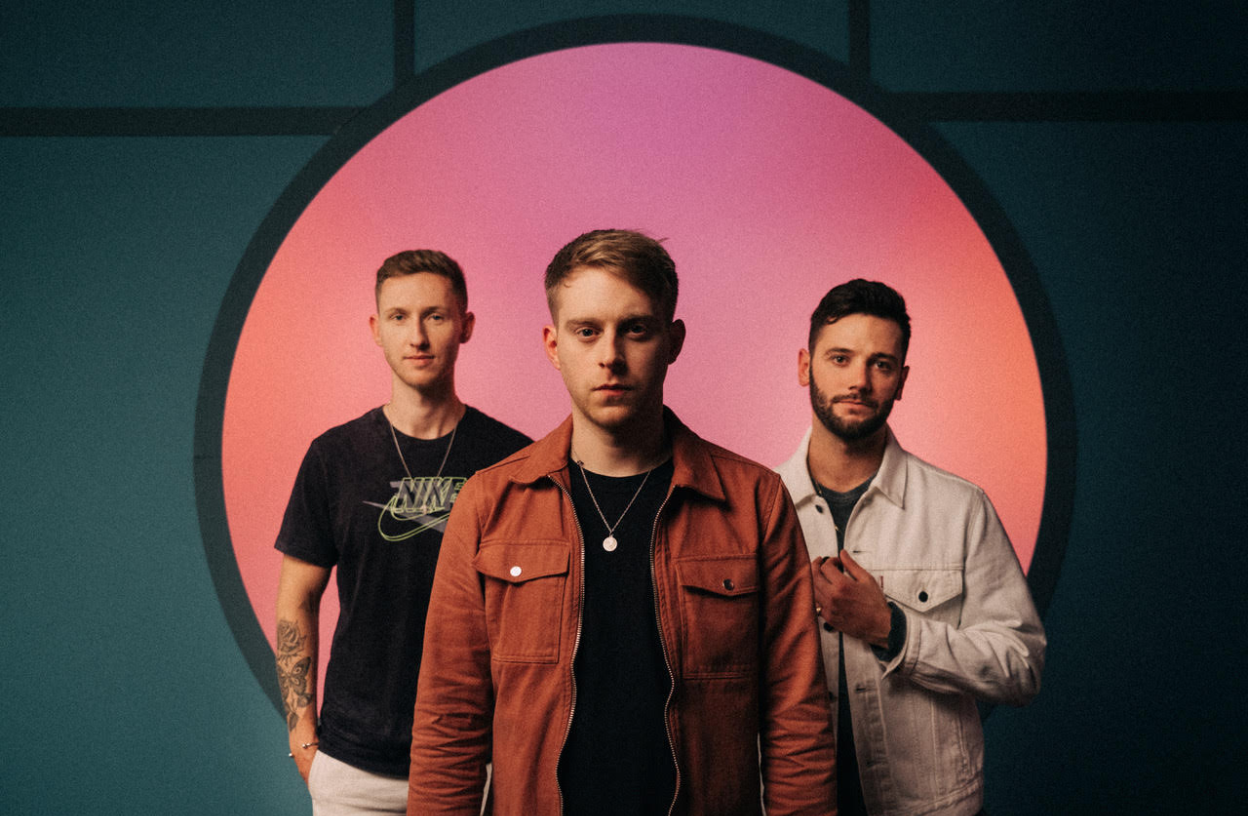 The group FLAWES is compiled of the members of the frontman JC Carruthers, drummer Josh Hussey and guitarist Freddie Edwards. The group formed about 5 years ago by a wave of chance and circumstance. The plan was to meet and start their own bands, but after one session their chemistry was inevitable and we are so grateful for that meeting.

Tell me about the process behind the album?

JC: Writing and recording the Reverie EP was an interesting experience. For starters, we did the whole thing through the first UK lockdown and recorded all our parts at home rather than going to studios. Lots of reading up on mic techniques and ringing producer mates for tips and tricks of how to get the best results. We worked with producers Toby Scott and Keith Varon who are based in LA, which meant many late-night Zoom sessions to contend with the time difference.

How was this project different than the ones previously?

Huss: As JC said, it was all written and recorded remotely, which was definitely something we had to get our heads around at the start (I had to sweet talk the neighbors a little but about the drum noise). But also planning all the creative was done separately too... resulting in some pretty ‘out there’ zoom conversations getting our ideas together hah. But overall we’re really proud of how Reverie turned out, I think we’ve learned a lot from the process too.

Which track were you the most excited to have into the world?

Freddie: There’s a track on the EP called ‘I Don’t Quit For No One’ which is one of my favorites. It’s a stripped-back song that has been through several different instrumentation versions. It was originally written as a piano ballad but we eventually decided to switch to it being guitar-led. Huss added some drums at the final stage of recording which really lifts the track and I love how it showcases JC’s voice so clearly!

Who are your musical influences?

JC: We all grew up listening to pretty different genres of music. I had bands like Radiohead, Coldplay, and Jeff Buckley on repeat growing up. Freddie is into the blues as well as classic artists like The Beatles, The Kinks, and Stevie Wonder. Huss is a big fan of Hip Hop and is a big Travis Barker fan. I think the fact that we all have different influences helps with the writing process.

Freddie: It’s been such a crazy time for us all and I think it’s highlighted how important being flexible is. We had some great opportunities postponed earlier this year so being optimistic has been essential. With that in mind, we’re planning to release a tonne more content - both music and videos! As soon as it’s safe to get out there and play live again we’ll be first in the queue!