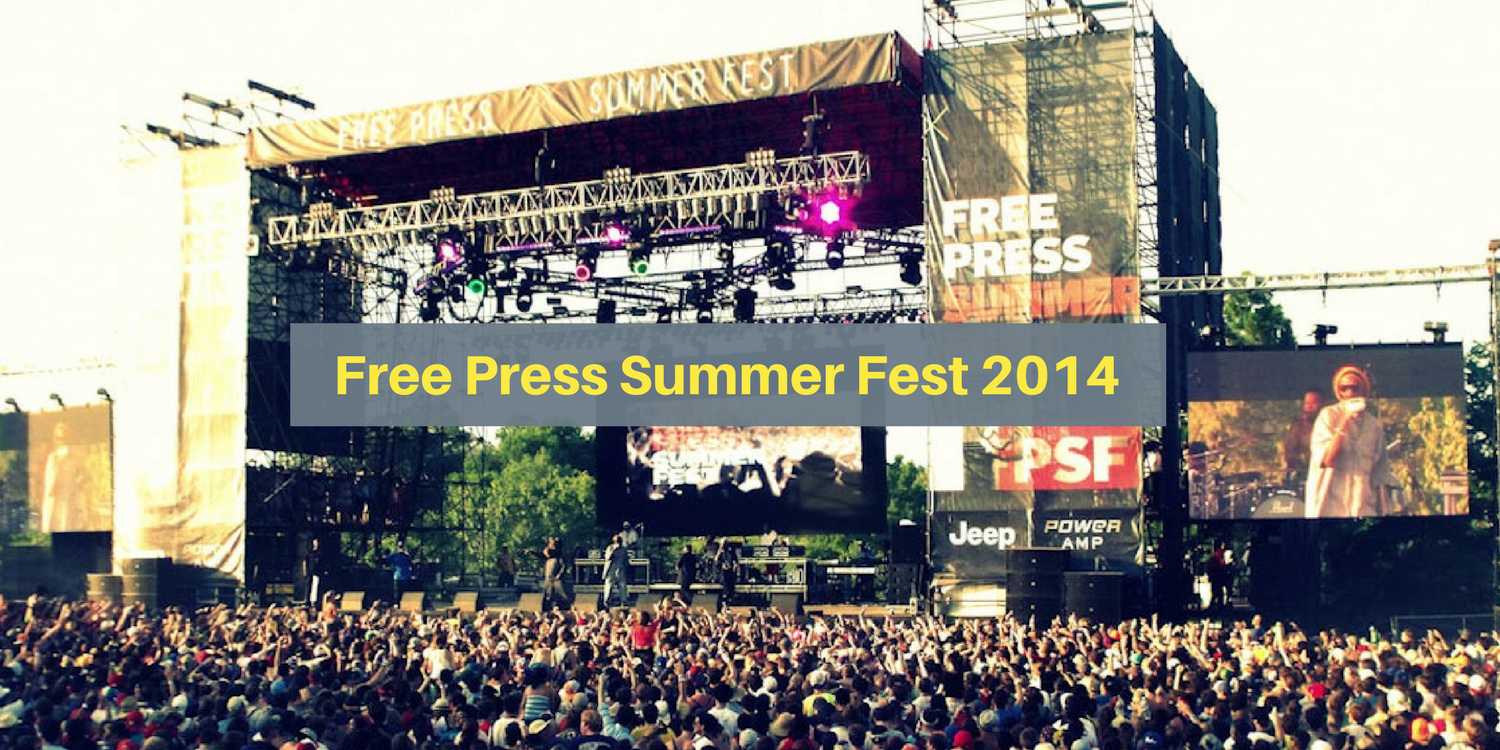 FPSF is so crazy because it is in Houston in the middle of summer. This year we were struck with a pretty powerful storm and we all had to evacuate. We all sat in the parking garage until we were cleared to go back in. I was lucky enough to get the “Fancy Pants” tickets and they were worth it because air conditioning is ALWAYS worth it in Houston.

Tune Yards
Musically I think they’re interesting. It’s not really something I would listen to honestly. However, I appreciated the performance. They were one of the most unique bands I’ve seen and heard. Great for dancing and definitely better live than recorded which is always refreshing.

CHVRCHES
We were able to barely catch this group going on. CHVRCHES has gained a ton of attention this year and for good reason. Lauren Mayberry’s voice is just as tiny and adorable as you’d expect her to be and it’s amazing live. You never know what to expect when you see an electronic act live but their sound was as pure as it is recorded.

The Oh Hellos
Such a fun group! Seriously for performing in the Houston heat these guys really had a lot of energy. Each member performed their hearts out, there was endless dancing and jumping around the stage, seriously so much energy. More importantly they looked like they thoroughly enjoyed what they were doing.

The Kills
Alison Mosshart has been my female crush for such a long time now. She can really work a stage in an effortless manner like the rock-star she is. Her vocals were spot on and her set was great. The Kills just go to show that the classic rock band isn’t dead. Not every band needs gimmicks and uniqueness. They just need raw talent and good music. Mosshart is so refreshing to see in an age of bubble-gum pop-stars and over-sexualized women. She’s a badass. Pure and simple.

Edward Sharpe and the Magnetic Zeros
You know I was never really a big fan of this group until I saw them live. I’m not really into the folksy Mumford style but I was very impressed with their stage presence. Alex Ebert can please a crowd. At one point he was even a part of it and then he’s letting fans participate in songs by free-styling verses. He just seems like a magical imaginary character.

Jack White
Oh, Jack. The stage set-up alone was a show in itself. His blue stage with large curtains and the infamous third-man symbol in bright blue above the stage. His entrance was much anticipated by the crowd of hundreds. After an electric problem he switched to acoustic flawlessly in that way that only he can pull off. He kept it fresh as always playing a career-spanning set. He looked out into the crowd and told us how much he appreciated fans that “couldn’t get away” then told us a story about how he asked his mom why Miss Texas always wins. He ended with a powerful performance of “Seven Nation Army” that he never seems to get tired of and of course neither do his fans because he has a god-like power over us.