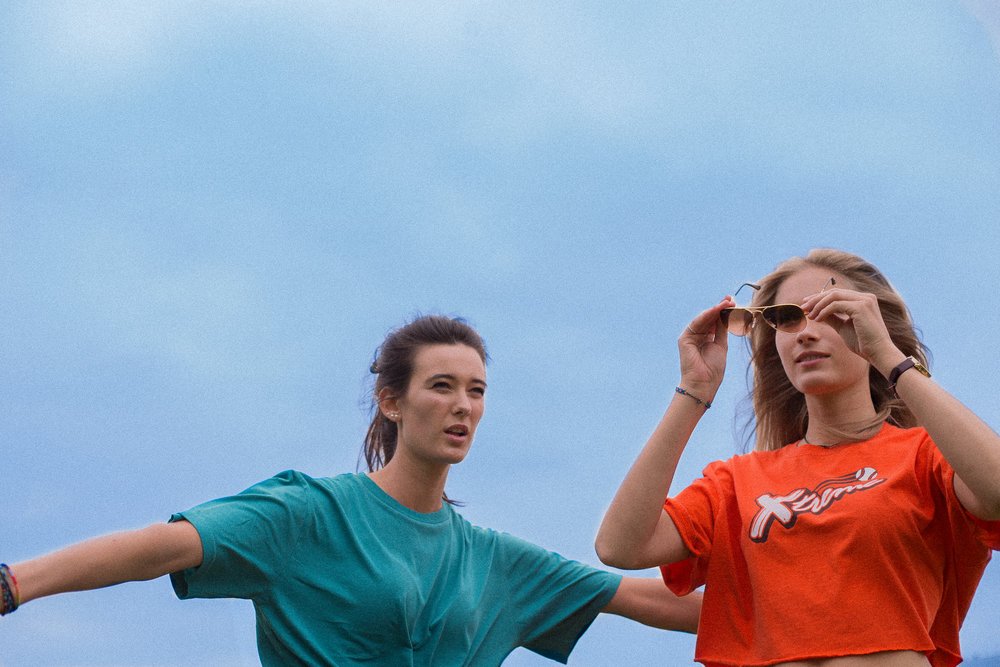 HANNIE has been making waves in the indie music scene. Their song "Drama" is insanely catchy and relatable and we can't get enough of their cool-girl vibes. We talked to the duo about their origin story and what's coming next.

How did you two meet? What’s the backstory?

We met at uni, on the first day.  We got put in a few lectures together and it turned out we were the only girls on our courses so we also ended up playing in a lot of bands together.  So it was a pretty forced friendship, no just kidding, we really got along and have been playing together ever since. In second year we were flatmates and spend all our time either in the library or in the practice rooms.

I love you song “Drama” what’s the story behind the song?

We were hanging out with HICARI (who we wrote the songs with) one day and we were just chatting about life and all sorts, one of us at the time was in a situation which the song pretty much sums up.  It was easy to write as it was literally just telling the story of this real life situation.  It’s also such a relatable topic, there’s often drama in relationships and with friends which makes it (we hope) easy to connect with people.

Do you thrive off drama or avoid it?

Hmm a bit of both haha.  I’m slightly attracted to drama but at the same time am thinking what on earth am I doing I don’t have time for this. I think that’s pretty normal though. Sometimes a little drama is a little fun, and makes for good songs.

What’s one of the biggest challenges you’ve faced in your career?

Realising that things always take longer than you think and definitely longer than you want.  Patience has been such a massive learning curve for us, it’s something we lack.  Accepting that there’s only so much we can do before it’s out of our hands is really hard for us as we have such a solid vision of who we want to be and where we want to go.  I think we’ll always be learning to deal with this one.

General life. We’ve been so busy lately and have experienced so much that is new to us which we take so much from and put into writing and making music.  Things like traveling for gigs, new friends, meeting new people every day to write music with is so inspiring as everyone has different life experiences which you can feed off and also pass yours on to them.  People and places are the most inspiring thing for us but also having dome times for ourselves to just sit and practice our instruments is so important to let the creativity work and gather ideas to then use in making songs.

Literally the biggest piece of advice we can give is to do what you love and do it well.  It doesn't matter what anyone thinks or the stereotype of person who normally does a certain thing.  Believe in yourself and if there’s something you want to do or some place you want to reach, see nothing but that, no plan B.  Break boundaries and try to give less of a shit about what people think, it’ll make you happier in the long run.