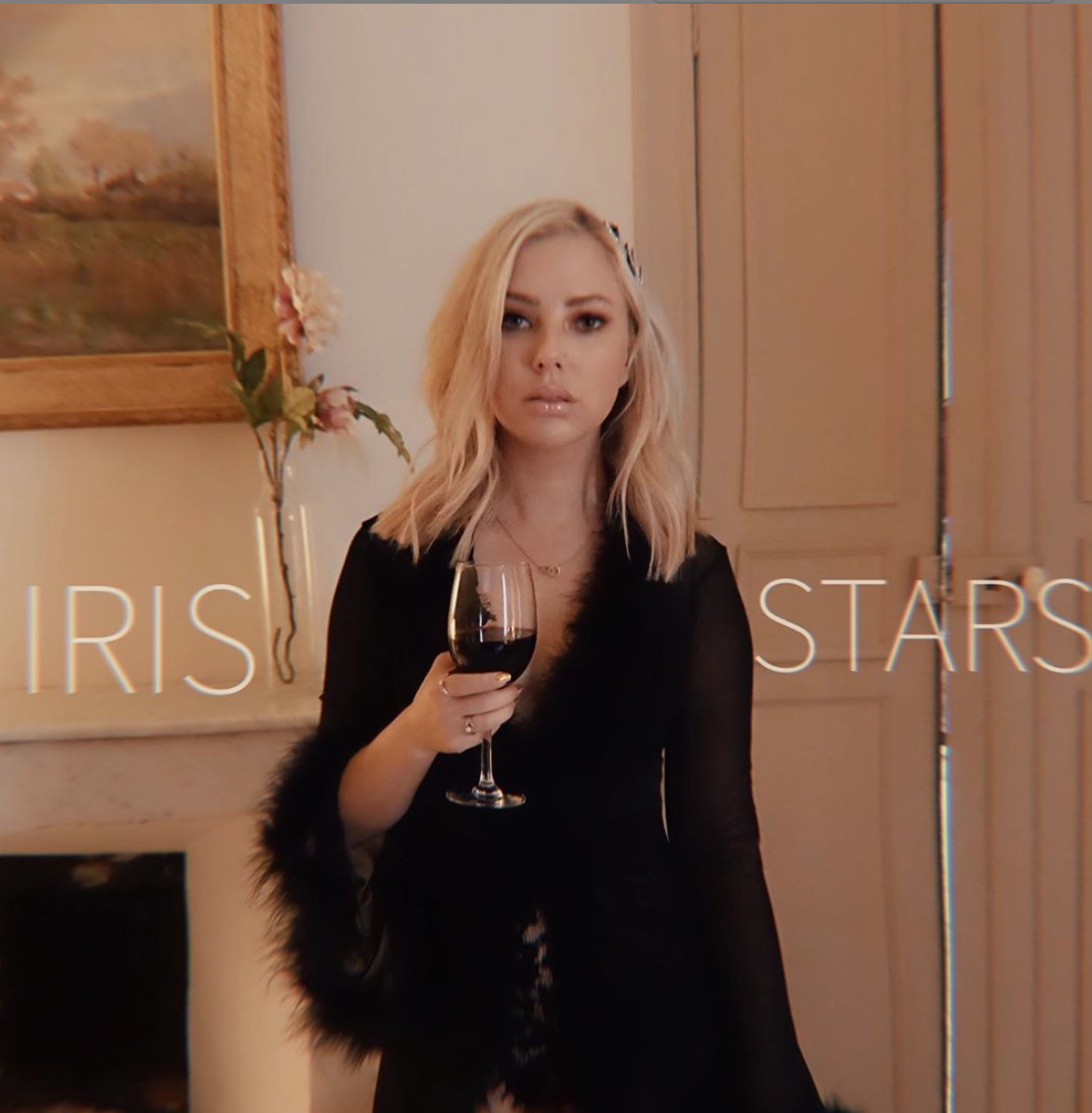 IRIS first caught our attention with her mesmerizing song "Crazy" her mellifluous voice and haunting melodies are captivating. Now, her song "Stars" follows that same theme: dreamy and bewitching.

Tell me about the new song?

IRIS: So this song is actually the first song that I wrote for I guess this body of work that I'm releasing. I actually felt that this is the song that's going to shape the sound that is going to be me. I was writing for two years after my band broke up and just kind of nothing was sticking. I was living in New York, and then I moved back to LA and [inaudible] opened at [inaudible]. And I don't know. Something about that room there, it's like the magic room [laughter] everything. Everything that I've been putting out it has happened there. So I feel like-- yeah, this song is, definitely, I feel, the special song to me out of the songs I'm going to release because it was literally the first song that was like, "Okay, this is the sound. This is it."

How kind of have you ever envisioned your sound being?

IRIS: I really am a huge fan of all different types of music, but I feel like things that resonate with me most are songs that feel more organic like with guitars, just more ambient sounds. So I guess I just wanted my sound to be something that people could connect to. I wanted a sound that makes people feel something and make people move.

And now that you feel like you kind of found that sound, what's kind of the next step for you?

IRIS: For me, I just want to keep creating music. I definitely want to keep doing shows. I feel like I want to just keep going. Just keep getting this stuff out there and just building my artistry more and getting myself out there more. I just started releasing music at the end of March, so I feel like this is just the beginning of the road for me. I would love to join a tour with somebody, opening for somebody, or even doing my own little run of shows once I start building up some more fans, and building up my name a little bit more and just reach the people that want to hear it.

And how do you kind of stay motivated?

IRIS: I just have to believe in myself. It's just hard because there are definitely times where I was questioning, "Is this it?" Like after my band broke up, it was a little bit of a struggle, because I feel like in a way I'm taking a step backward. Once you have a taste of getting out on the road and doing big shows and being in front of people, and then having to start all over again, it was a little bit of a struggle, but this particular song is what really re-motivated me. Because I was getting a little bit frustrated because I felt like nothing was really working, but I just knew this is my dream. So I've heard a million no's and I've tried for so long. I'm like, "Well, I'm not going to give up now." I can't really see myself doing anything else, so at this point, I was just-- at any point, I'm just always like, "All right. Just got to do it. Just got to keep going. Got to just be positive." So listening to other artists, kind of seeing how music is progressing, going to shows, and just really talking to people who are in it is what helps keep me motivated, because everybody goes through ups and downs, and I feel like as artists, we're all our own worst enemy, so we have to kind of all stick together in a way just to help each other.

I love that. Do you feel kind of like the band breaking up was supposed to happen? It was fate?

IRIS: I didn't really perceive it happening. Honestly, it was just something that happened, and I wish it didn't, but at the same time, I got a lot of experience and-- I mean, at the beginning of it all, I never really saw myself doing a band, but then it just happened organically, and I guess the way it fell apart kind of was-- I guess that's just how it was supposed to be. But I feel like it definitely helped me move in a direction where my music's at now. Before, I feel like people were always trying to push me to be more of a pop singer and doing stuff that-- really, I like pop music, but I felt like that never was really who I was an artist. I felt like the band definitely helped shaped my sound as I am today.

I love that. And what has been kind of inspiring you lately?

IRIS: I feel really inspired by mostly visuals and fashion, really. That's kind of helped me just with my music too. I feel like-- I don't know. I feel like the more bohemian style is a little bit coming back. I know there's a lot of 90’s out there, but I feel like people aren't afraid to go a little edgier and be themselves. That motivates me. With visuals for my music, it kind of helps me envision what my show could be like, and what I can be visually.

I love that. I love that. And what would be your best piece of advice to a young woman who wants to be in the music industry?

IRIS: I would just say just believe in yourself, because nobody can believe in you more than you can. And just surround yourself with positive people and just don't give up. Like I said, everything has ups and downs and it's going to be a struggle. It's not easy. But you just have to keep pushing forward and keep believing and keep working hard and then you'll get to where you're meant to be. I feel like sometimes it takes longer than others. One of my friends worked with Vin Diesel for a while, and he said he didn't get his first big break for 20 years. I used to think there was a time limit on when you had to do something, and I think I put pressure on myself in that way. That's the kind of thing-- what unmotivated me because I thought that I had to do everything by a certain time. And I feel like now that I realize there's no set time on anything, you can just do it and just keep going, and there's no age limit, there's no time limit.