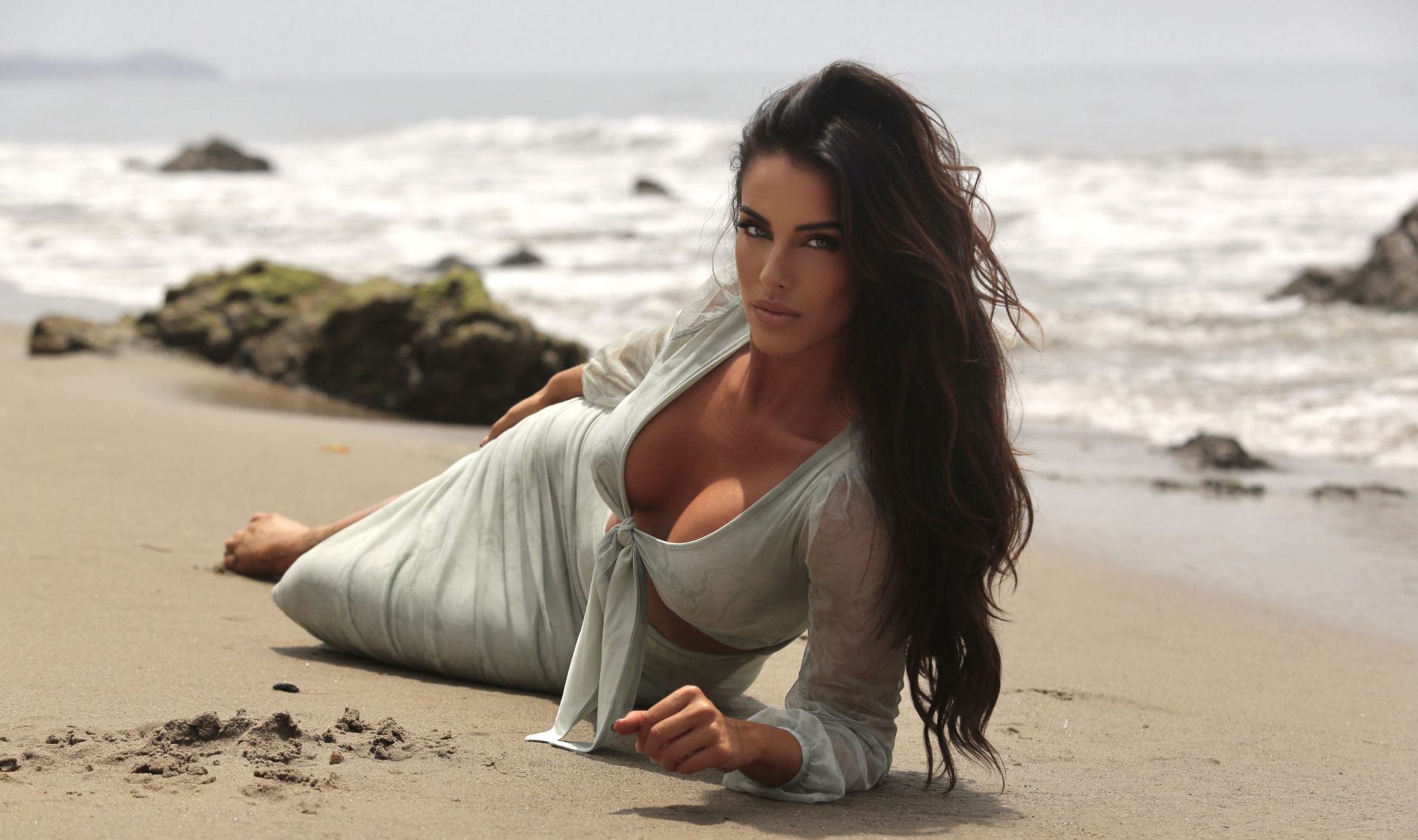 Jessica Lowndes has been gracing our screens since the early 2000s, featured on the CW’s 90210, Lifetime’s A Deadly Adoption alongside Will Ferrell and Kristen Wiig, and a number of other movies. Now diving further into her passion for music, Jessica will release the visual album ELEMENTAL on August 19th, which marks her directorial debut with each of the songs coming together to create a short film. I talked with Jessica about her creative process, musical inspirations, and what we can expect from this project.

Tell us about the first song you wrote for the ELEMENTAL project, and how the concept for the full visual album came together.

Jessica: Hunter was the song that really started the ELEMENTAL journey for me. It was the first song I recorded for the album. I’m extremely passionate about writing and music so I thought why not combine them in a cool way that nobody has seen before. I wanted to write and direct a short film to showcase myself as a director which ultimately got me a directing deal! Directing has always been a dream of mine so I am beyond excited to hone in on that skill even more in the coming months.

I wanted to show this closeness between the space of ‘reality’ and ‘dream’, almost an ‘interchangeability’ between the two. I wanted to tell a story that showed visuals that amplify the feeling of confusion and conflicting states we often experience when dealing with complicated matters of the heart. I also wanted to show a different dimension where I am experiencing this different world and having the “same” or even more “heightened sensations” and visual pleasures that I felt when I was in the real world. A sensory experience.

So far you have released Hunter, Bitter End, and Lost Love for the project, with Chasing Ghosts dropping this week. Are they dropping in this particular order to tell a story chronologically?

Jessica: The order is on purpose. The videos all connect and tell a larger story. I wanted to create an art film that showcases the journey we all go on: from being in love, to having your heart broken, to finding new love again, and all of the ups and downs that we experience along the way. This is conveyed through the use of natural disasters and elements as metaphors expressing the inner turmoil and also inner joy that comes from heartache and from finding new love. Each music video focuses on a different element. The elements serve as both a metaphor and a device where the idea is expressed that something can have a light and a dark side to it. One example is how the ocean can be both turbulent and violent while also having the ability to be a source of calm and comfort.

This is reflective of the complex cocktail of emotions that we often feel when dealing with complicated matters of the heart. The theme and arc of the visual album represent the internal conflict, metamorphosis and growth that we experience when we find the strength to walk away from the people, habits and choices that can take our life in the wrong direction if we are not careful. It touches on themes such as moving on from the memories of the past, the spiritual process of changing yourself to become the person you know you can be, and reconnecting with your inner child by addressing the wounded elements deep within, in order to find healing. The journey ends on a celebratory note concluding that when we have the courage to walk away from anything that’s not serving us, the universe will bring us something even more wonderful.

Can we expect a similar sound throughout the rest of the album or did you experiment with any other sounds/styles on this project?

Jessica: The sound of the ELEMENTAL record was meant to be a blend of “earthy” instruments, organic sounds mixed with electronics. The whole album feels very cinematic in a way with unique synths and big drums. All of the songs on the album share a musical, sonic thread!

How do you navigate splitting your time between pursuing acting and working on your music? Do you find one more personally fulfilling than the other right now?

Jessica: Acting much like music requires concentrated, focused periods of time so whenever I’m not filming, I’m usually in the studio working on new music. Both professions, if scheduled correctly, offer flexibility and downtime so that both can co-exist. I find them equally creative and equally fulfilling. Sometimes the two worlds overlap and that’s when I feel like I’m living out my true passion.

Who are some of your musical inspirations or anyone you hope to collaborate with in the future?

Jessica: There are far too many artists in too many mediums to name here in terms of inspirations but lately I’ve been listening to a lot of deep progressive house and different types of electronic music with beautiful, pristine vocals. As a music fan, I love to mix in a lot of influence from different genres and styles. I’m lucky that sometimes acting gives an outlet to do this as well and I get to perform from a character's perspective. I love all of the different sides to storytelling. As far as future collaborators go… really I’m just looking to collaborate with any DJ or artist that moves me.

What is your best advice to young women who want to write songs and produce music?

Jessica: Believe in yourself. Do it because you love it. You will need to lean on that at times. Love yourself and who you are and don’t try to be someone else. Also on the technical side of producing, Youtube has videos on how to pretty much do anything. If there is an area of your art that interests you or perhaps is necessary to advance your goals, learn how to do every part of it so that you can proceed. Self-reliance, as well as surrounding yourself with good, talented, dependable people who believe in you are beyond worth their weight in gold.

What do you want people to know about your music if they only know you from television?

Jessica: I would say to just approach it as a music fan with an open mind. On television, I’ve been fortunate to perform in some amazing situations and to get to sing and share my passion for it. In my own music this is also true but I think the difference is that the songs and videos are much more of my own personal approach to music and visuals.

What's next for you once ELEMENTAL is released?

Jessica: I have a new music project that has definitely begun to form but is too early to officially announce at this time. It’s going to be different than ELEMENTAL but it's another side of myself that I'm so excited to dive into more. I also have a few writing and film projects in the pipeline as well as a directing deal! I recently inked a deal with GAC Family to star in, write, direct, and executive produce multiple of their upcoming films. I’ve been screenwriting many other genres as well!

Jessica’s latest single, Chasing Ghosts, is out now, with ELEMENTAL dropping on August 19th and the full visual album releasing on September 16th.