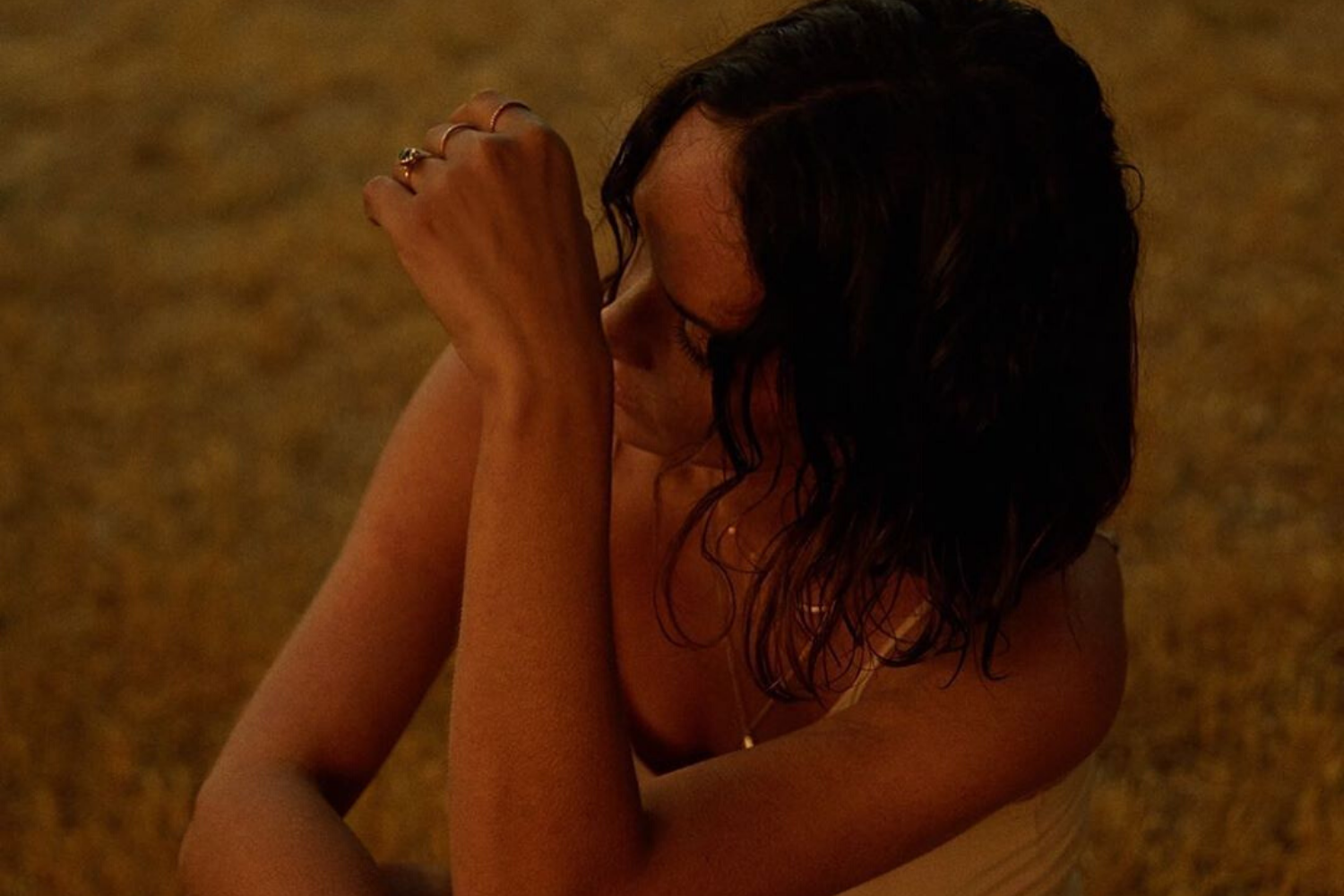 We’ve been Liz Huett fans for a long time. She’s like your best friend that’s going to tell it to you straight. She doesn’t gloss over the hard truths, but it’s all about love and growth. Her new song, “That’s What You Get” is about how she had to rebuild herself after she hurt someone she loved. It’s raw and honest but don’t get it wrong, it’s not a sad song, it’s hopeful. We’ve all been in that moment, where we didn’t like who we looked at in the mirror, but instead of going deeper down we pick ourselves up and keep going on, learning and growing.

It’s been a minute! Tell me what’s new?

Liz: I know it's been a minute! Well, I've been sort of recalibrating. I’ve been hibernating and rearranging the plan and going back to the drawing board. I've just been living a lot of life experience. So towards the end of this year, I started writing a lot again.

How important is it to you to step away and recalibrate because I think that it's just so hard for people to keep releasing things and putting out content. Why is it important for you to kind of take a step back like, “All right like let me figure this out.”

Liz: I'm glad you said that because I really do see the value in continuing a pace of releasing content, but I think it's dangerous to release content just for the sake of doing so. I needed to make the executive decision for myself to step away for a second to get my head on straight and get some of my personal stuff in order and come up with a new game plan. It was crucial foundation work that I needed to do before I could start sharing art again.

Love that, and tell me about your new song “That’s What You Get”?

Liz: It's a letter to myself, it's me coming to terms with some really hard truths and taking ownership over some behavior that I wasn't proud of and the mistake I made that hurt someone I loved. It was the first time I took a hard look in the mirror and admitted that I was not living up to my own standards, but there was a lot of healing and a lot of positive change that came after I wrote that song. It was the beginning of a lot of self-work.

Liz: I wish somebody would have told me that, I guess you hear your whole life, “love yourself” but you don't realize until you start really going through some hardships that you realize that you have to get through what's going on beneath the surface and ask yourself: "What's keeping me up at night? What is bringing me happiness and for what reasons?”

What would you tell someone who is recognizing that maybe they have some toxic traits that they need to work on, how would they confront that and how would they start healing?

How have you been able to stay motivated in the music industry, when things are changing so much?

Liz: I don't have a choice, music is just so incredibly exciting to me and I think the business side of it will always be evolving, as it should, but nothing ever changes the fact that a good song and a good record and great artists will always have a place in the market. I feel like there are so many great artists out there right now being themselves so authentically, and that motivates me. It's so natural for me to wake up and want to do it and I just don't sweat the small shit anymore. Yeah, you're going to have a good month and have a lot of attention sometimes and then you might lay low for a little while. You might not get the streaming you had the week before, but it's always changing and you’ve got to believe your best song is still in front of you.

How do you kind of feel when you put something so personal out into the world?

Liz: It’s like being naked in front of the whole school. I'll say that it's very cathartic. I think there’s freedom in just owning your shit, for better or worse. I think we all deserve to be like, “You know what? This is who I am: good, bad, and ugly. Take it or leave it.” I believe that music saves people and makes you feel less alone. I remember being in my bedroom growing up weeping to a song and I felt like someone understood what I was going through. If me showing my cards in that way helps even just one person and I'm going to just feel so glad.

I feel like when you talked about your adoption on Instagram, that was one of those moments, I had no idea, that's so beautiful, I didn’t know you were adopted!

Liz: The response to that was amazing. I'm still getting messages about it and people are telling me personal things and I think it's because they feel safe to open up to me because they know that I get it. I was so moved by the response and I'm just like, man, if that's what I can do with my life, sharing my truth to help other people...like my god what a gift.