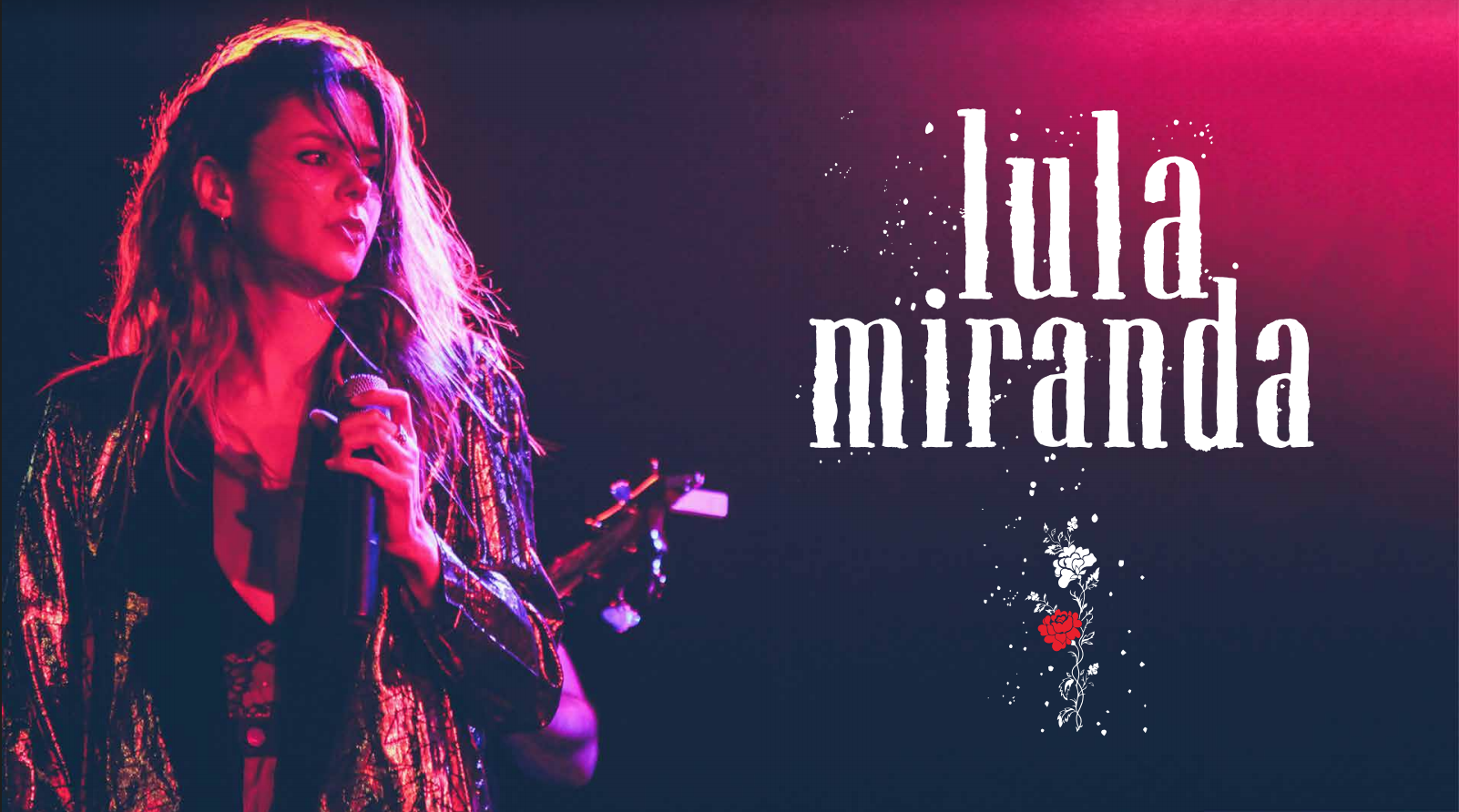 Lula Miranda's song "Cherry Kiss" really hits hard emotionally, her poetic lyrics talk about strong connections and bonds that take over. We talked to the artist about her gorgeous music and her plans for the future.

So why don't we just start with how you got started in music?

Lula: I've always loved music. My dad, when he was young, he played at different bars. He always had music inside of him. My brothers also. All of them play instruments. I've kind of naturally always loved music. When I was a kid I always went to talent shows and sang in the choir at school. I got my first job at 18 singing at events, weddings, and bars. I started creating my own music when I was 15. I started writing my own songs, which I always showed to my family and friends. When I was about 20, I published my first song produced on Facebook and a record label heard it, and that's kind of how I started with the industry.

Tell me about your song, Cherry Kiss. It's been getting a lot of attention. Can kind of tell me the story of it and what inspired it?

Lula: I wrote that song in one day, one morning. I got together with my producer the night before. I had a fight with someone I really liked. We had a very long-lasting relationship and we were kind of feeling very distant at that time, and we always had a very strong physical connection and that was kind of like breaking apart, but I kind of wanted to use a bit of power in the chorus and write about that feeling of feeling pleasure and strongly connected. It's kind of a nostalgic song and at the same time it kind of shows a bit of power throughout the chorus.

And is that kind of like a way you process your feelings, is through writing?

Lula: Yeah, I do. I love writing. I think it's one of the best things. I like and I enjoy it, writing at my house, when I'm at home, grabbing an instrument and just kind of writing about my feelings. I do also sometimes mix those feelings with different stories. I don't like to always write about myself. I think it kind of speaks about my relationship.

And what has been kind of one of the biggest challenges for you in the music industry?

Lula: I think one of the biggest challenges is something that I'm working on right now which is mixing Spanish and English as I was born in LA but I've been living for a few years now in Argentina. I think it's very important. I've always naturally wrote in English and I love writing in English. My influences are all international, but I do think it's important to write in my own language also. So I'm kind of on a pop mix between Latin and maybe British-American styles. That's one of my biggest challenges right now.

Oh, that's so cool. Yeah, I feel like we definitely need more Spanish incorporation. It's weird that it's a different market. You know what I mean? Whenever people kind of put those against each other like oh, it's Spanish song or an English song.

Lula: Totally. I mean, I've had so many bands which I love that are a Spanish band, and I've also had international and English-speaking bands which have been maybe not my most influencers in my life. But because I was-- this was about a year ago, I was just sitting down and I said, "Why don't I mix it?" I mean, with internet and everything I think that people get the chance to listen to new stuff and maybe if you mix it kind of-- there's a lot of English and Spanish speakers and you can also connect with-- especially with Reggaeton.

Yeah. And a lot of people don't even know they're listening to Reggaeton and they-- you know what I mean? They just like, "Oh, I love that song."

Lula: Yeah. Yeah, that why. Maybe if it's an English song, maybe the instruments, maybe they could be in kind of Spanish or maybe just mixing English and Spanish with the language, right, music being totally British pop. So I'm kind of finding that balance. And trying to make it my own style.

That sounds amazing. Can you kind of tell me about the video for Cherry Kiss Two? It was really visually stunning.

Lula: Thank you. I loved doing the video. I worked a Colombian director. And he's living here in Argentina right now. I wanted a video that spoke about the lyrics of the song, of course. Kind of showing that nostalgia. And at the same time, showing that strength and that welcoming pleasure. I think it's very important to show freedom and pleasure in the video. That's kind of like the whole idea of the song. So we kind of divided it in two. We wanted to show women in a very strong place. And kind of this group of people, maybe my friends, who supported me in that nostalgic emotion. I don't usually want to say sexual pleasure because I think it's important for everyone to experiment their own pleasure. Maybe you can have-- enjoy pleasure by dancing. Just pleasure in an open way. That's the whole sense.

Oh, I love that. Yeah. I like that. Because the word pleasure, it really does have a sexual connotation to it but yeah, I like that. That's so cool. And what would be kind of your best piece of advice for young women?

Lula: I think the most important thing, and it's very hard, but I think the most honest thing is to be yourself and fight for your own work. I mean, depending on who I want to-- I guess I'd like to but with me and my job and what I want to do and who I want be is-- especially being true to myself. I think it's very difficult for or to speak if you don't feel it. And act in a way if you don't feel it. So I think the most important thing was healthy thing and something that's going to make you happy. Always, it's just stay true.