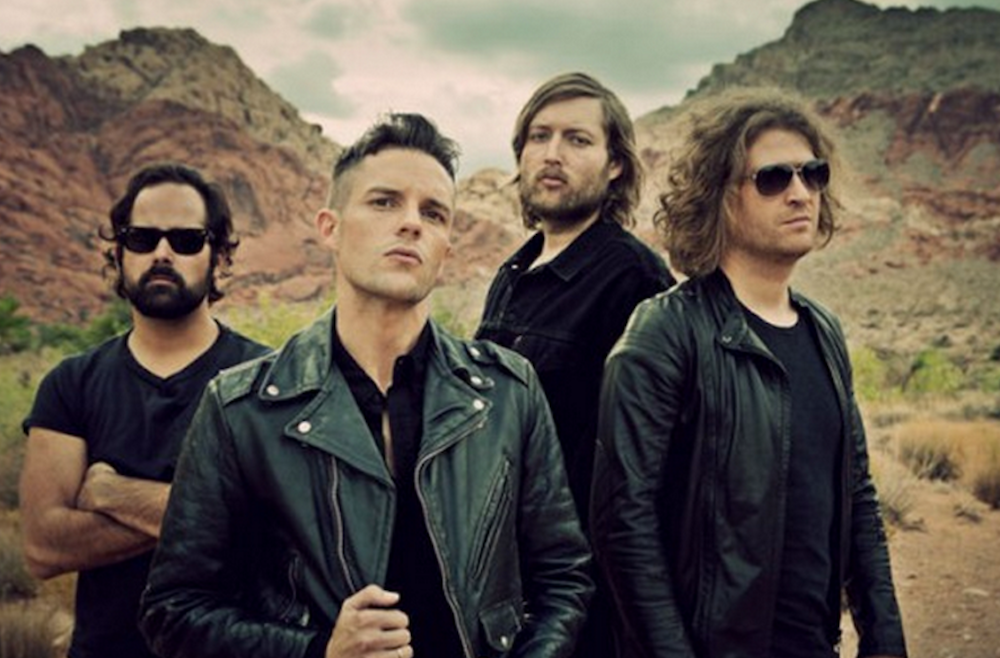 “Don’t you wanna come with me?”

The six words every die hard fan wants to hear Brandon Flowers sing to them (and a few thousand other people) while The Killers closed out ACL 2017 on a hot Texas night.

Ask anyone I spoke to (rode on the bus next to, walked by, been in the bathroom stall next to me) during the two week span leading up to Austin City Limits. They can confirm that seeing The Killers live was an absolute dream come true. If that isn’t enough evidence you can ask my dad, whom I texted after the show that “I can die happy now.”

I can remember the summer I first I heard ‘Mr. Brightside’. I was hooked, you could call it a musical awakening. It was 2004 and the song was comfortable, exciting, and pulled me in with everything it had to offer. I was fairly new to finding music that spoke to me on a personal level. Sure, I had a good amount of female artists’ albums to influence me – Selena, Avril Lavigne, Alicia Keys, and Mariah Carey – but Hot Fuss by The Killers was a game changer that pointed me in a whole new direction for music.

Now, it’s 13 years later and I still feel that magnetic pull towards their discography. It’s something I can’t help, nor do I want to find a cure for. Someone wants me to put a few songs on a playlist? I’ll cue up some Sam’s Town. Karaoke on a Tuesday night? Definitely performing on a live performance of ‘Read My Mind.’ My car? Might as well consider it a moving concert hall where I am the headliner and The Killers are my background.

When their single ‘The Man’ dropped, I made my dad and brother listen to it on repeat, which they were prepared for as soon as I mentioned the words “The Killers” and “new song”.

Hot Fuss, Sam’s Town, Sawdust, Day & Age, Battle Born, and now Wonderful, Wonderful… It’s incredible the journey they take you on with each album. The lyrics are so filled with imagery they paint scenes that range from melancholy to exciting. Their music is a story that unfolds through the heavenly pairing of artistically played in the instruments and the rise and fall of Brandon’s effortless voice. It’s almost like I’m hearing a new element of their style every time I listen to one of their tracks.

Needless to say, I owned, danced, sang along with and whole-obsessed over these albums for years. All of them signify an era of my own adolescence as I grew up listening to them, mostly on repeat. I’ve been growing with the music rather than growing into it and it’s made me much more appreciative of this band specifically. Now at 23 I look back at these albums and forge new memories to the same old songs that are imprinted in my mind.

Friendships have formed and become stronger as I find out friends and I have a fun commonality. We, The Victims, bond and banter over which album is best, as if we could be the deciding factors in such a pointless argument. And new friendships come about when curiosity takes over and I ask about bands and preferences. Naming this band as a top five is always a treat because it opens up so many doors that I love exploring in a musical discussion.

With all of this in mind, it’s hard to sum up everything that the show this past weekend at ACL meant to me. It was definitely the cherry on top of a long awaited fangirl experience and one I will always cherish as I continue to grow with this band. It was too wonderful.