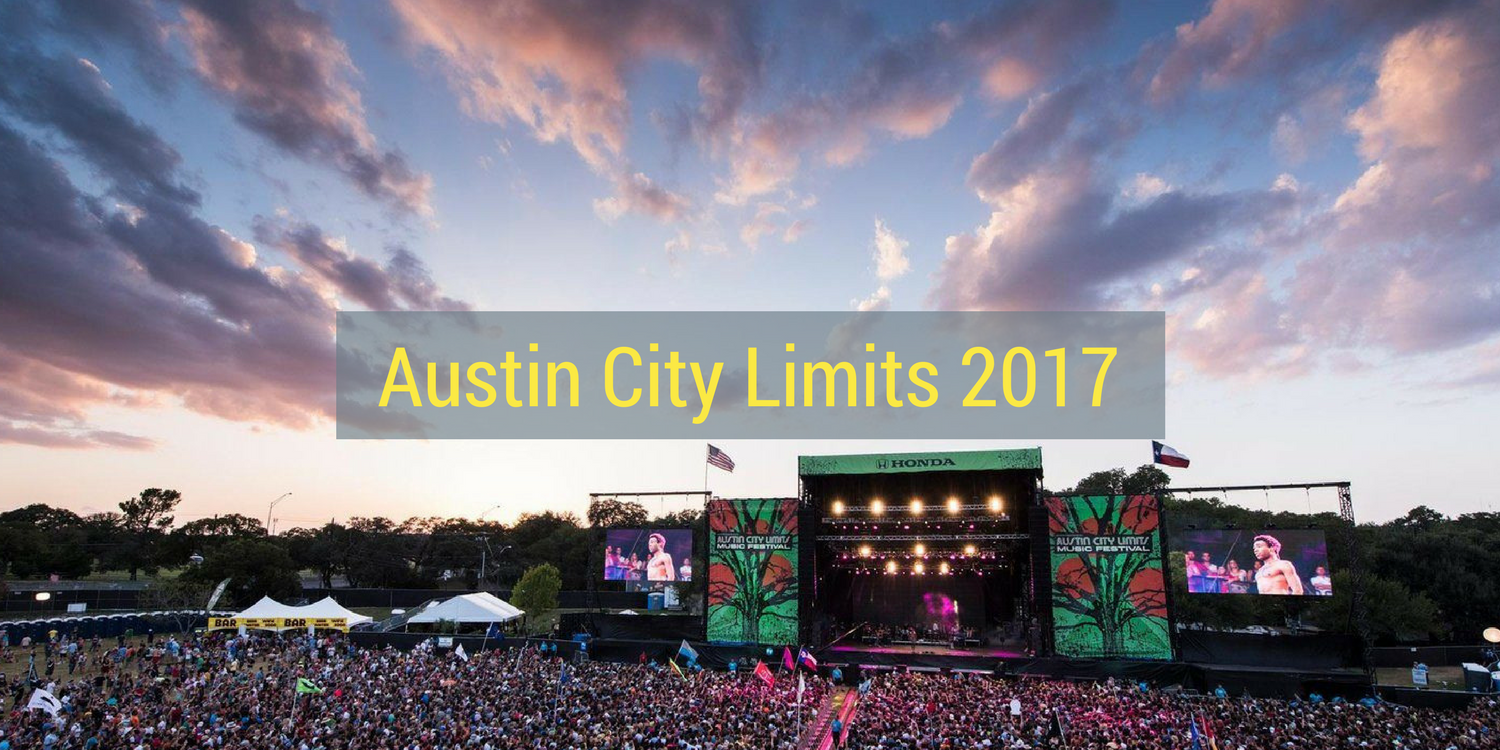 Everyone in Austin has mixed feelings about ACL, the annual mega-fest that takes place at Zilker Park every year. It’s insanely crowded and hot but this year, the lineup was too good to pass up. I ate a total of 4 P. Terry’s veggie burgers, got two distinctive sunburns, applied 4 layers of mosquito repellent, acquired 10 mosquito bites anyway, cried 3 times, and lost my voice just once.

Nightly
At a crisp 11:45 Nighty took the BMI stage, the band has been climbing up on Spotify and it’s easy to see why these guys are a favorite of The New Nine. Even though they only have 4 songs out online the new songs are equally has sparkling and effervescent with a hint of darkness and honesty.

MUNA
We’ve waxed poetic on Muna often but they always deliver a stellar performance whether they’re opening for Harry Styles or on the festival stage. Karen’s effortless vocals and quirky dances perfectly highlight the band’s synth-pop. Their emotional lyrics and inspiring songs get my emotional every time and when they make political statements during “I Know A Place” I get goosebumps.

Hamilton Leithauser
Watching Hamilton Leithauser is always a religious experience for me. His voice is so desperate and moving. There’s so much anger and vulnerability. He performed his solo work which included the yearful “A 1000 Times” and his latest “Heartstruck (Wild Hunger)” which he recorded with Angel Olsen.

Billy Raffoul
With a gravelly and intense voice and guitar skills like none-other, Raffoul took the Amex stage early on Saturday morning. One moment that really stood out was his rendition of Hendrix’s Fire delivered flawlessly with his own flair and distinctive vocals added.

Grace VanderWaal
Grace played at 1 p.m. at the HomeAway stage on Saturday, and the 13-year-old had one of the largest audiences I saw for that stage. Grace sang and played ukulele and spoke about the attacks in Las Vegas with more maturity than performers twice her age. The audience was filled with young girls looked up at her in awe and it was such a moving performance.

Angel Olsen
Angel Olsen is just that, an actual Angel, between her emotional and heartfelt songs she would make funny quips to her bandmates. “Alright who’s ready to play this 7 minute song,” she’d say looking around. She said she was sick from all the dust but her vocals were still impeccable. Seeing her perform “Shut Up Kiss Me” was definitely one of the highlights of the day. She moved through her intense discography effortlessly and kept the intensity light with her jokes in between songs.

The Killers
I can’t brag on The Killers enough, they’re cultural icons, their music is legendary. Brandon Flowers is perhaps one of the greatest frontmen of our time, when he took the stage in his metallic suit and sang The Man I died a little. They have so many songs that are so captivating and singing Mr. Brightside with a huge crowd was the perfect ending to any festival. It was cathartic, it was unreal and it was magic.