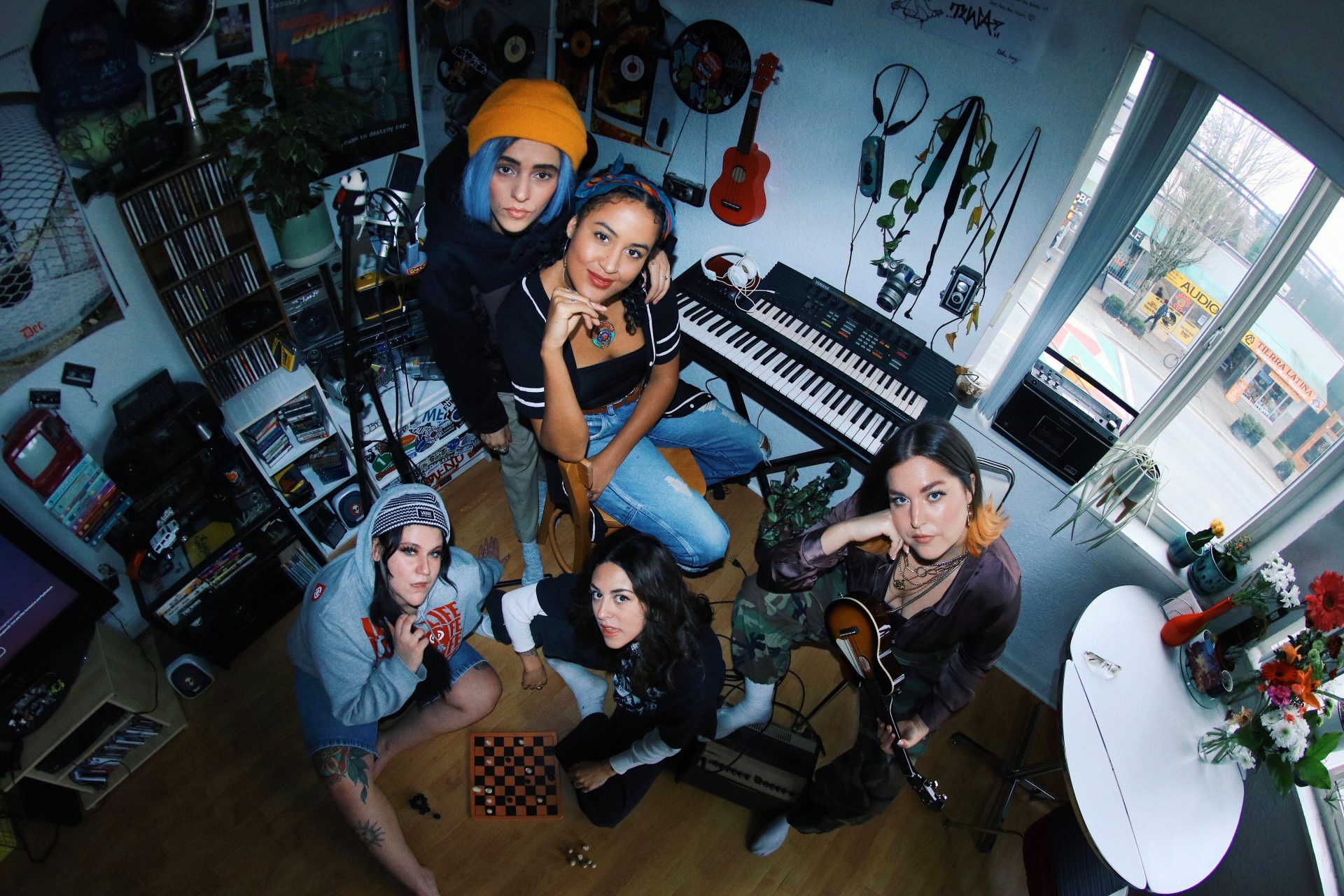 Vancouver girl group, NADUH’s latest release is a genre bending ode to female empowerment. The accompanying music video channels the group’s nostalgic aesthetic with 90’s inspired streetwear and a flip phone text message spelling out the song’s title, “RU DUMM?” The five members write, engineer, and produce all of their music with an effortless charisma.

“R U DUMM?” is a cornucopia of sounds. The bass heavy beat has a classic R&B vibe, while each verse is poised and steady like a hip hop track. The chorus glides over the beat and lands itself in the listener’s head like a pop hit. The women possess a unique swagger and confidence. The video highlights each individual style with a relentless authenticity. The track successfully toggles between masculine bars and harmonious vocals with a playful femininity.

NADUH knows how to master the sexiness of androgyny with a carefree and flirty attitude. Their sound is like a blast from the past mixed with a modern flair. The group collaborated with fellow Vancouver producer, Jodye to create the “bad b****” anthem. A subtle shot of a pink “Pussy Power” t-shirt acts as the perfect backdrop for the song’s theme. Following the release of their debut track, “Mawnin’” last year, “RU DUMM?” highlights their unique ability to bridge the gap between underground hip hop and pop princess prowess.

I am a digital marketer and publicist with a passion for A&R and music management. Originally from Southern California, I spent many years as a transplant in the Midwest in the St. Louis and Chicago areas. Now I am back in sunny Los Angeles. Besides my professional life, I enjoy music of all genres with a sweet spot for hip-hop/rap. I love my west coast rap and all things Tupac, Kendrick, Nipsey, etc. I am always down to go to a show, whether the venue be the smallest hole in the wall or the largest arena.