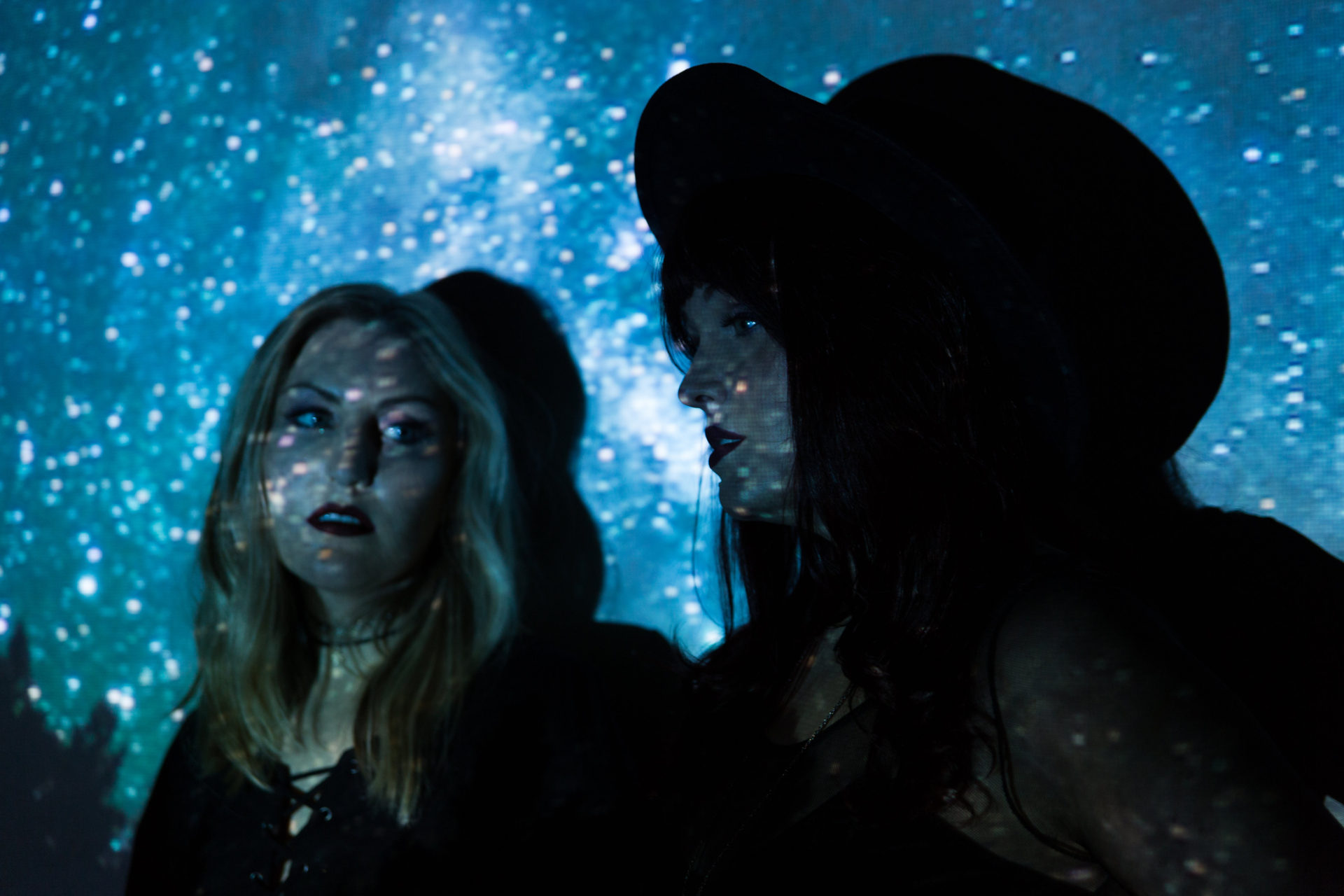 Crimson Calamity is made up of Lauren Harding and Mallory Trunnell and together they have the dreamiest harmonies. They just dropped their new Christmas song "First Snow" and the song perfectly shows off their songwriting skills.

How did Crimson Calamity form?

CC: We met in college and had already been collaborating for a long time in different ways. We were itching to form a band, but the defining moment was a song we wrote together. We were both a part of a monthly songwriting challenge where they would give different themes to write about. This particular month was to write about a historical event or person. We both brought ideas to the table inspired by Calamity Jane and ended up finishing two songs which sparked the idea for the band. We decided to use her as our namesake in tribute because of it.

Tell me about “First Snow” why did you decide to make a Christmas song?

CC: We had been wanting to write a Christmas song for some time and when we finally sat down to do it this story of a loved one waiting for a soldier to come home emerged. Our hope was to make it timeless in nature and not from one particular persons perspective because love comes in many forms and we wanted to be inclusive of that. There are so many happy holiday songs, but for so many there's a lot of yearning and reflecting during this time of year and a lot of families and individuals waiting on someone or who've lost someone. We wanted to try to capture that in song for those folks.

CC: We don’t have one specific process that we use, it honestly depends on the song. Sometimes we will start with a concept or share lyric ideas we each have and go from there; other times it all starts with a melody or a hook. Sometimes it's quick and easy and other times it can be a bit arduous. We're both perfectionists so sometimes it results in us being a little nitpicky with one another, but we trust one another so much that it's a productive back and forth. We both want to serve the song first and foremost.

What is the biggest challenge you’ve faced in the music industry?

CC: Most recently it was probably moving from LA to Nashville. We suspected we would have to somewhat start over but there was a real learning curve. It took us about a year to really learn the ropes and make strides. It was absolutely for the best and we feel like we are moving forward stronger and with renewed vigor but it took some time for sure. Also the ever evolving ways that music is being heard and how we as artists make our livelihood from that is an ever changing journey. In a way the industry is a bit like the Wild West right now, which is fitting. No one's a hundred percent sure what the business model should be, but it keeps us sharp and creative so we welcome it.

CC: Calamity Jane has a quote “If a girl wants to be a legend, she should just go ahead and be one.” That really resonates with us because being a woman in the entertainment business isn’t always a walk in the park and we often have to fight twice as hard to even get heard. It’s so important to hone your craft and know your business. You're never gonna learn it all before you do it, so start now and keep going. Be true to yourself, and don’t let anyone try to tone down your voice. Most importantly don’t be afraid to take up space in this industry.