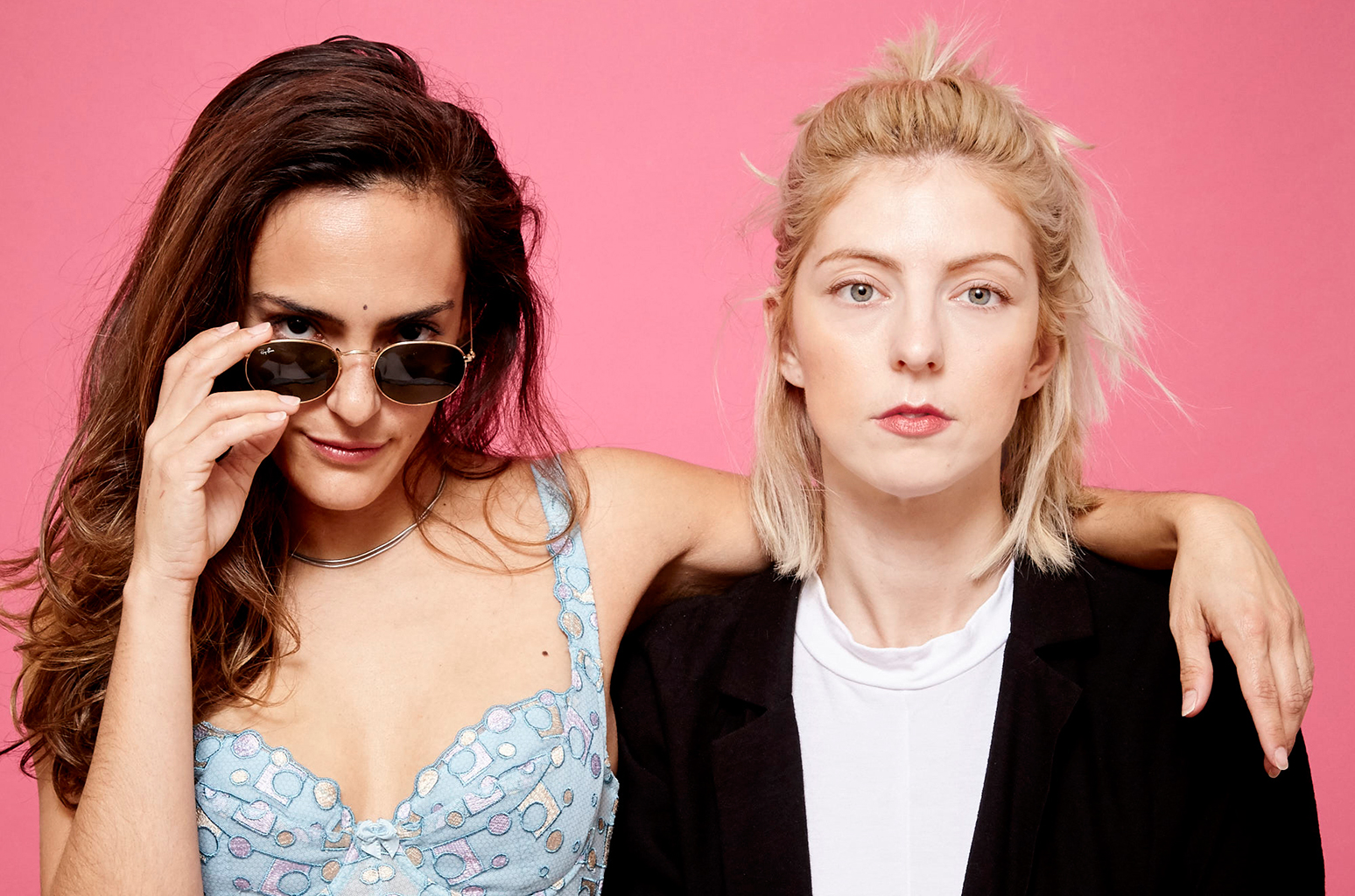 Joyeur just dropped their EP Lifeeater and their sound is like nothing else. The dynamic duo of singer-songwriter Joelle Corey and producer-instrumentalist Anna Feller creates crazy rhythms and intense melodies. We talked to them about the new EP and what has been inspiring them lately.

First things first, how did Joyeur come to fruition? What’s the origin story?

Joyeur: We first ended up in the same room with a mutual friend on a sort of "creative blind date", which ended with us two in our own world. Anna was on keys and I was singing my heart out. She asked me what the song was and I told her I was just making it up on the spot. The next thing we knew, we had already written our first song and that process of improvisation is something we still use whenever we’re starting a song together. The “band" conversation never really had to happen. From the very first day, the creative spark between was unspoken and so natural.

I love the video for “Fast As You Can” can you tell me about the process?

Joyeur: Early on, we knew FAYC was going to be our weird baby of the bunch and we wanted the video to be as quirky as the song. In a way, it wasn’t an easy task. Since it was really our sonic and visual introduction to the world, packaging ourselves up into a 3 minute video just felt so daunting. We met with a few different directors who all had a perspective of who we are at our core, but Hallie (the director) hit the nail on the head. We sat with her for hours looking through magazines and videos to really tap into our identity. What came out was a blast of color and our inner creeps.

Your sound is so interesting, what has been inspiring you lately?

Joyeur:  Thank you! We’re inspired by genre-bending artists like Tune-Yards and pop music disguised as 70’s disco and Afro House. We are also very influenced by early 90’s, though it’s not intentional. I think we both just listened to too much Beck.

Tell me about the upcoming EP, how would you sum it up in your own words?

Joyeur:  LIFEEATER is basically us saying “watch out world, we’ll chew you up”. It’s about keeping your eye on the prize, staying hungry for what you want and believing in what you deserve.

It’s dramatic dance music with spritzes of funk, trap, soul and of course pop. We’re not sure if there’s one specific genre to categorize the whole EP under, so you’ll just need to listen yourself and find out what it sounds like!

Joyeur:  Letting opinion be opinion and not fact.

Joyeur:  Trial and error. Errors are usually the most powerful part of the process.