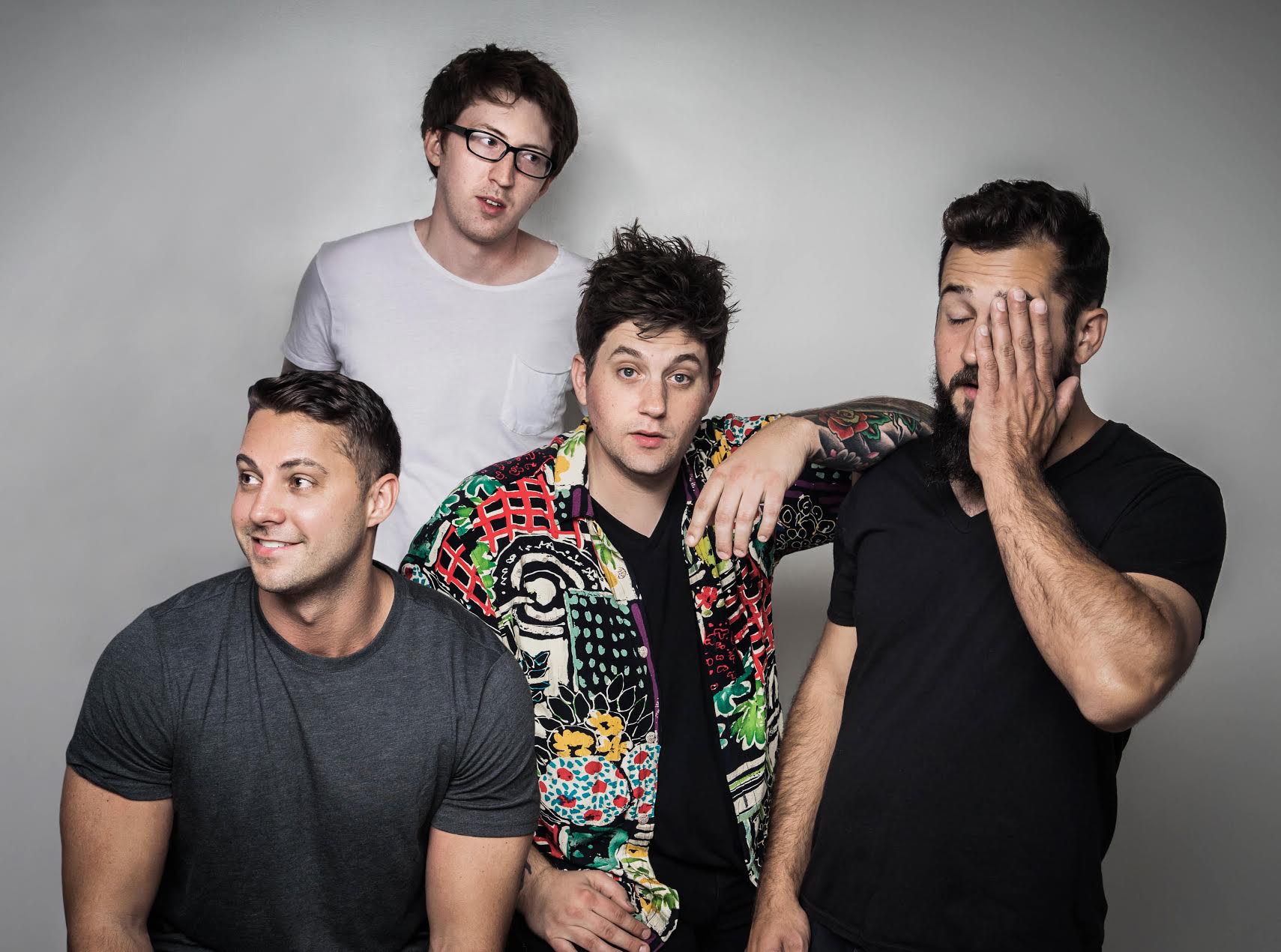 Ottawa is a new band that's quickly gaining tractions thanks to their edgy sound that brings you back to The Killers and Neon Trees. We talked to the band about what's been inspiring them lately.

How did you guys all meet?

Dale and Tim knew each other in high school.  Believe it or not both Will and myself were craigslist finds.

Musically I’ve been listening to the White Album by The Beatles. So brilliant.

Outside of musical inspirations, I volunteer for an organization that mentors troubled youth in my area.  Seeing the massive influence that music has on kids is fascinating.  It’s also nostalgic for me; I cherished my CD collection as a kid.  The bands I listened to were superheroes to me.  And even now that I’m an adult it really hasn’t changed too much.  I recently met the members of Stone Temple Pilots, a band I have been listening to since since I was 7.  I was so overcome with excitement that I couldn’t get any words out and pretty much made a fool of myself.

What would be a dream show for you?

I’m a die-hard Rush fan, so opening up for those guys would be a dream come true.  I realize that doesn’t exactly make sense given the style of music we play...So  I’m thinking playing a set with The Killers and Arctic Monkeys at Red Rocks would do the trick!

What was the moment when you really thought you had something with Ottawa?

We were fortunate enough to work with some super talented mixers/producers for our upcoming releases.  The moment we wrapped up our first mix with Mark Needham (The Killers, Imagine Dragons) I felt very strongly that we were onto something with some serious potential.

What’s been one of the biggest challenges you’ve faced as a band?

In general, attempting to comprehend the inner workings of the music industry is like trying to understand quantum computing.  If you do not have contacts in the industry it is an absolutely grind to figure out things on your own.  We’ve been taking it one step at a time but it is truly a mystery.

Tell me about your song Strangers?

Dale wrote the lyrics about that feeling when you first meet someone and you’re trying to figure out if they’re “the one” for you or just a stranger.  It’s a very simple, straight forward song with a definite summer vibe. We wrote it in one practice session which is super rare for us.

Be open to hearing new music and checking out artists you don’t typically listen to!!  If you are close minded and limit yourself to a particular genre, you are definitely going to miss out on some really great tunes.