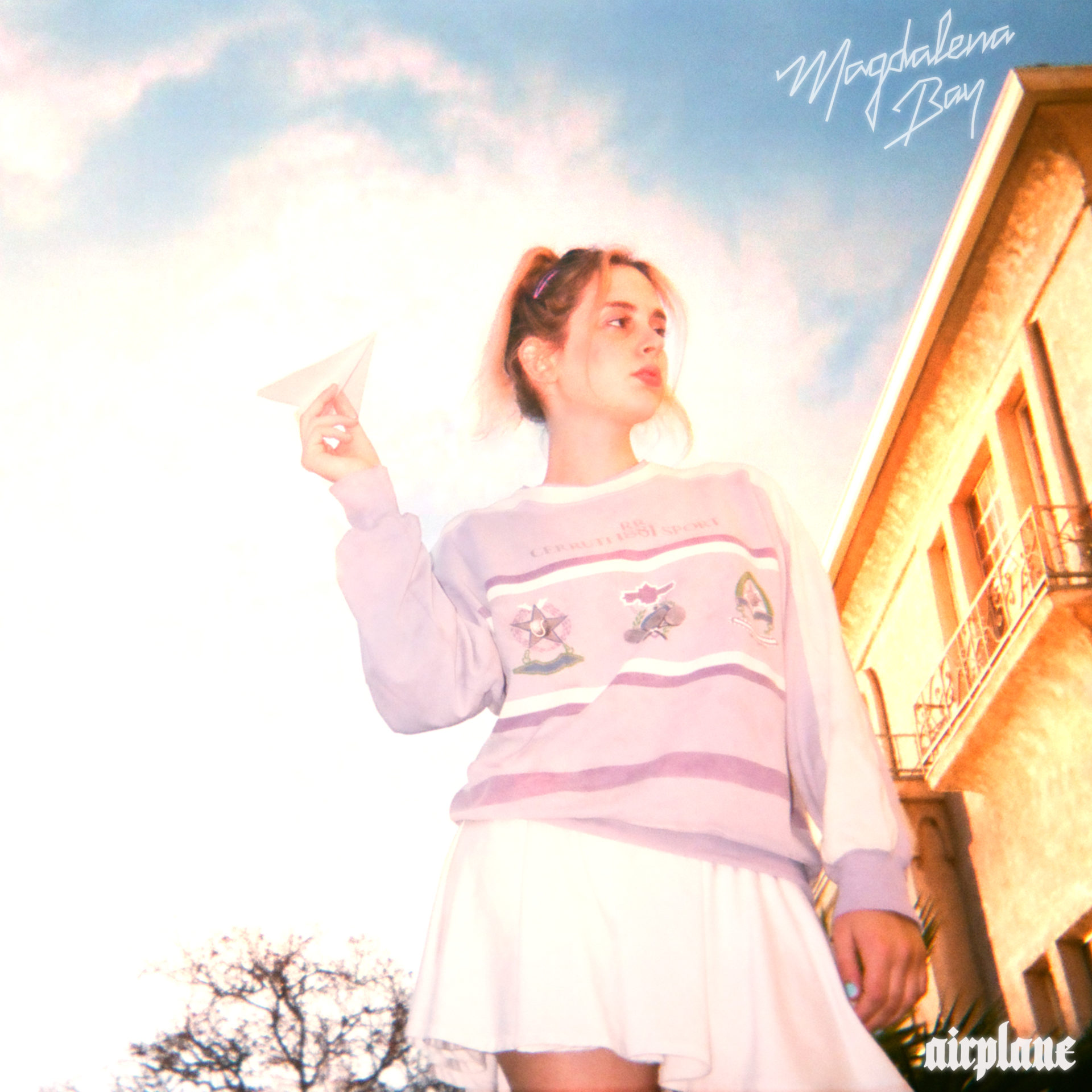 The eclectic pop duo, Magdalena Bay creates a euphoria of upbeat yet relatable songs that provide fans with a balance of emotional resonation and carefree listening. Boasting a cult following on YouTube and Instagram, its two members have recently garnered the attention of MTV, NYLON, Earmilk, and more. For their latest single, “Airplane,” Matt and Mica create a sense of life reflection mixed with a modern new wave sound. Ahead of its release, we sat down with vocalist, Mica to discuss the creative process behind Magdalena Bay’s upcoming EP, A Little Rhythm and a Wicked Feeling.

How did “Airplane” come to fruition?

MICA: The song started with a beat that Matt made on a flight, so he titled the demo, “Airplane” and he sent it to me. I think the title inspired me to write airplane-related lyrics. I was in college at the time and the song is sort of about being close to graduation and looking around at everyone going into very real corporate jobs and me deciding I wanted to do music full time.

What do you hope for when your fans listen to “Airplane?”

MICA: We want the emotion of the song to come across. We wanted to encase that emotion inside of like a dreamy dance pop surrounding. We hope people get in their feelings but can still dance if they want to.

What inspires your unique sound?

MICA: I think it’s what we like to listen to. On the one hand, a lot of our influences are from the 80s, 90s, and 2000s. It’s like a type of dance pop you might not hear now. Then for our contemporary influences, we do a lot of Robyn, Carley Rae Jepsen, Charlie XCX, etc., just upbeat stuff. We also just want to make music that’s fun.

With your upcoming EP release, A Little Rhythm and a Wicked Feeling (out March 13), what are you most excited for?

MICA: I think we are excited just to get these songs out. We’ve been reworking them, getting them ready to release and it’s just exciting to finally share them with the world.  A lot of them have been sitting in demo playlists on our SoundCloud, so we are so pumped for people to hear them… finally.

How did it feel to be made the face of Tidal’s “Rising” playlist?

MICA: It was awesome! We went to meet them, and they unveiled the playlist picture and we were like, “Oh cool!” That was a sick moment.

“Venice” is a fan favorite, why do you think it resonates with your fans so well?

MICA: I think the vibe of the song is just very chill, but bouncy. It’s kind of a cool vibe. The lyrics are really beachy so I think that when we made it, it was, maybe more mainstream. We wrote the song right after moving to LA, so we were like, “Where would you drive down to? Let’s go to Venice.” It’s kind of a crazy vibe.

On the “Venice” music video on YouTube, a fan commented, “Hard to imagine my life before Magdalena Bay.” How does that feel?

MICA: It’s really nice. It’s cool because, ya know, it’s still growing. We are now at the point where people are getting really into it. We have actual fans that may travel a bit to come to our shows or go out of their way to say something nice. It’s a cool point in our journey and we are really happy.

What’s your biggest achievement to date?

MICA: The music that resonates with people. We can never take that for granted. When people get into it - we are making almost everything ourselves, so when it clicks with people, it makes us truly happy.

What’s the biggest goal you’re setting out to achieve?

MICA: We look forward to writing an album. At some point, putting it out this year or next year. As writers, we are really excited to write a full album.

How was Magdalena Bay formed?

MICA: We met in high school. We started going to this “School of Rock” after school thing where you could play in rock cover bands. Our band started doing originals and it turned into a real high school rock band. But the band broke up when we went to college. A year went by when Matt and I weren’t writing anything together then we started reconnecting and we were like, “Okay we miss making music with each other. Maybe if we do something electronic, we can work on it long distance.” We just figured it out.