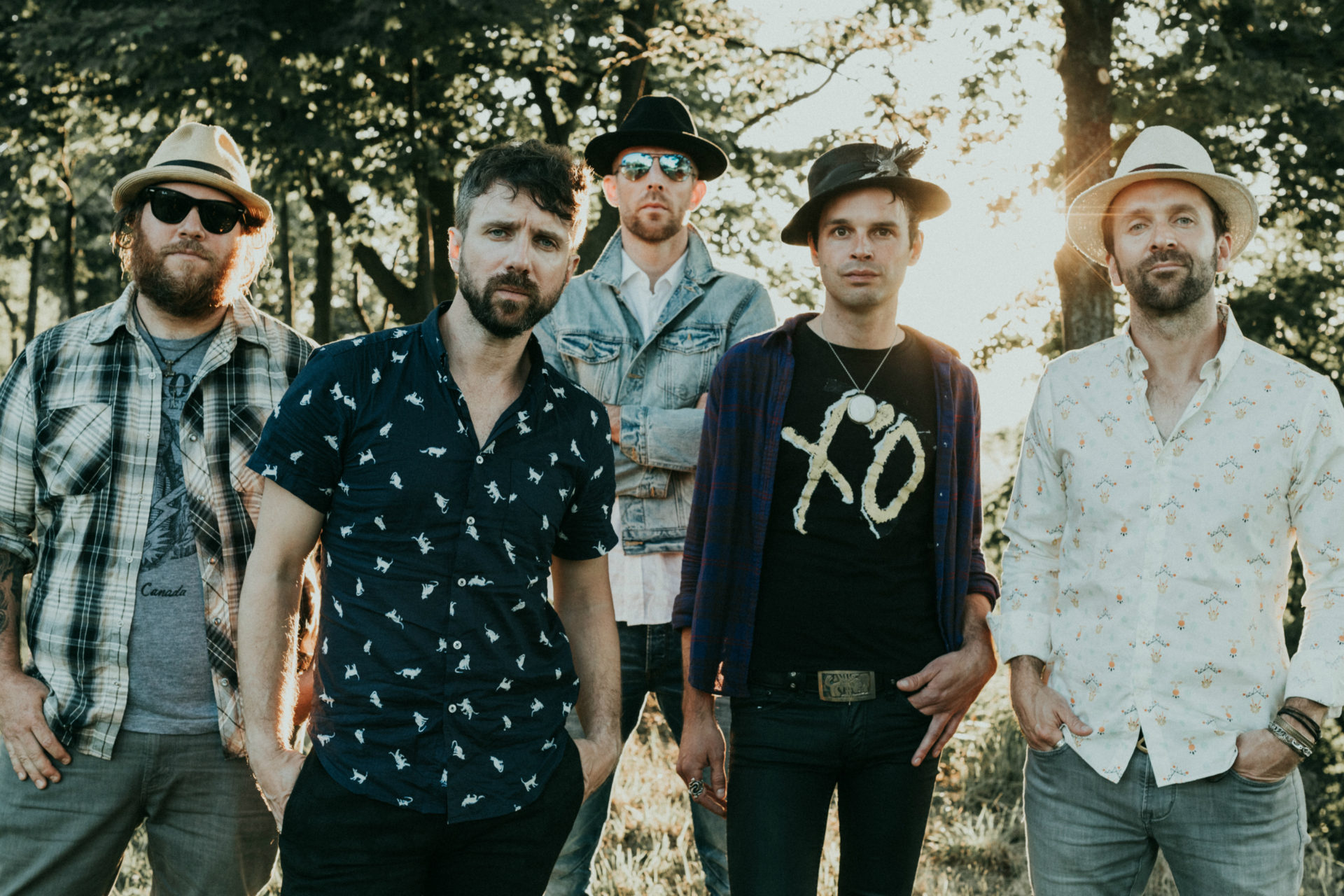 The Trews just released their highly-anticipated album Civilianaires. The band is known for their fresh rock sound. We chatted with them about what inspired the new project.

How did you all meet?

Well, the singer Colin is my older brother so I guess I met him the day I was born and I have no memory of meeting Jack either cause we grew up as neighbors and our parents were pals so we met in our infancy. We’ve had a few drummers come and go over the years (hasn’t everyone?) and Jeff joined the ranks back in 2008, we met him in Toronto.

What was the turning point in your career? The moment when you really knew you had something.

Probably when my and Colin's cousin Sean Dalton joined the band as our drummer in 2001. It was at that point that we all left school and relocated from Nova Scotia to the Toronto area to really make a go of it. I knew we had something because we were all willing to drop everything for it and very soon after that move we were achieving success - we had built a team, signed a deal and got on the radio... and we never really looked back.

Tell me about Civilianaires! What inspired the new album?

We were eager to freshen up our sound in the  wake of our last release, which was a greatest hits album called ‘Time Capsule’ . We wanted to make a statement that we had no intention of packing it in or becoming a “heritage” act. We thought the best way to do that would be to make the best record of our career and with a fresh sound. So we enlisted an up and coming producer named Derek Hoffman, who is making some of the freshest sounding rock music out there IMO. I guess another inspiration for the album was change, because we went through a lot of it. In the last couple of years we’ve changed drummers, managers, labels and agents so I’m sure that all played into where we were coming from in some way.

You have a lot of political lyrics, do you hate it when people say entertainers shouldn’t be political?

Entertainers are citizens like everyone else, and like everyone else, are entitled to their opinions. It just so happens that we have a larger platform than some from which to voice those opinions. But that’s a two way street because, at the same time, the audience is entitled not to listen! If something is really offending you just turn it off - it’s not that big a deal!

Everyone says rock as a genre is dying (I totally disagree) what do you think when people say that?

I’d agree that it doesn’t hold the same place of importance in popular culture as it once did and that pop, urban and country have all superseded it in terms of sales and seeming to have their finger on the pulse of the culture. And I’m not saying that’s a good thing cause a) I don’t love where culture is at in the west in general, and b) what I hear is a bunch of so called “rock” bands running in the direction of pop music in an attempt to be perceived as relevant.

But, as we all know, this stuff is cyclical so it’s possible that rock could make a comeback and compete once again with these other styles of music. And the other thing to remember is that the internet has created all these interesting niches and rabbit holes that people can go down and live in if they want - so if you’re down the rock rabbit hole, it’s alive and well and it never left!!

What is your best piece of advice for young musicians?

Get good live. It’s your ultimate currency in this new era when everything can be faked. If you’re good, that is control and power that no one can take away from you. It’s also your best bet for making any money, at least until things like the music modernization act start happening. The other piece of advice is keep writing cause you always need more songs!