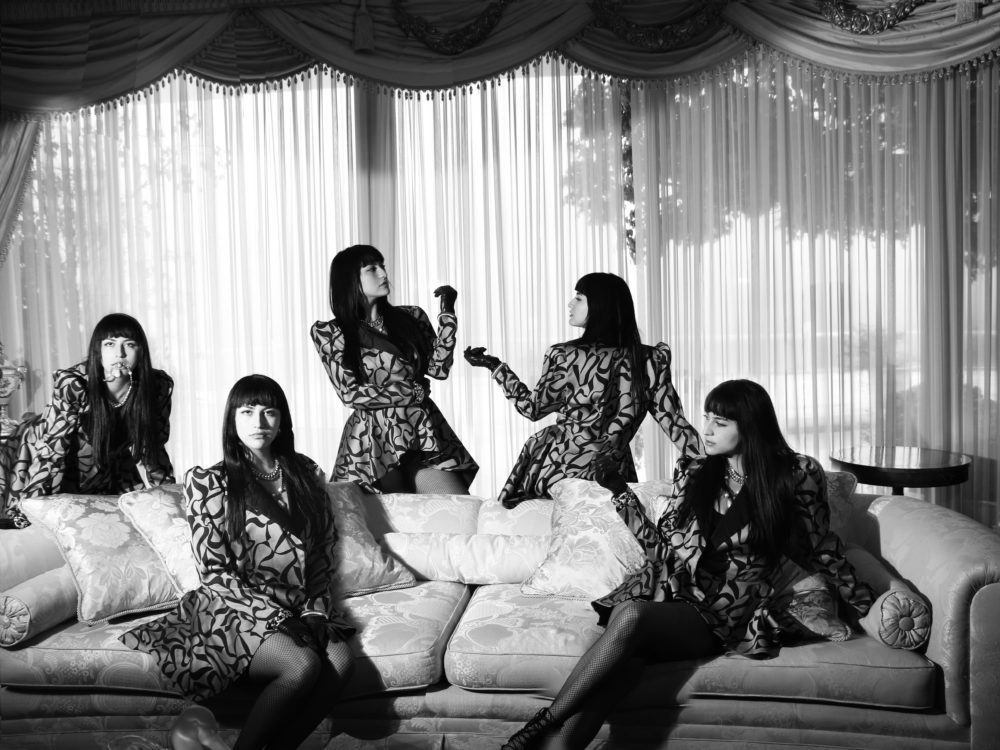 Los Angeles-based artist, Niki Black, is preparing for the release of her forthcoming album LILITH, which will strike a considerable chord for women with its overarching themes of empowerment. Niki’s spell-binding blend of music represents her mixed heritage, and the many genres and artists her parents separately introduced her to while growing up. Her upcoming single, “The Other Man” is as enchanting as her past releases. Its dark-pop vibes conjure up feelings of temptation, and her lyrics are full of biblical undertones, showcasing her powerful songwriting skills. Niki took the time to speak with us about her new single and LILITH, as well as her journey throughout the music industry.

I see that you grew up with a myriad of musical influences, and that your mother and father both individually introduced you to different genres. Obviously, music has been a central part of your life since you were younger. Has it always been evident to you that you would be forging a path for yourself within this industry, or is it something you’ve had to discover along the way?

Niki: I always felt a calling to dedicate my life to music....If it sounds cliche, it's because it is! It is that undeniable sense of shared consciousness and purpose that musicians channel in their lives. Nothing else moves me quite like music does, and I have held that in my heart since I was four and starting to play the piano. Forging a path as you said relies in imagining that all your dreams and desires that will make you lead your fulfilled life deserve to come true. I have been daunted like everybody else in the industry with the sheer volume of talent in the world, but now I practice being inspired by the artists of the world rather than intimidated, insecure, or competitive.

Your lyrics all seem to be layered, and open to interpretation, rather than blatantly straightforward or blunt; something that I absolutely love in a song. What does your typical songwriting process look like? Do you find yourself randomly struck with lyrical inspiration, or is it a more purposeful, constructive process?

Niki: Thank you for the love! I work carefully on crafting the lyrics, and especially in this album when every song is apart of a larger story and there is a beautiful opportunity to adapt metaphors and symbolism that have been told over and over again, such as the story of Adam and Eve in this case. In this case, this song I was struck with the main hook of the song and completed the rest of the story around it months later in the studio with my best friend co-writers. I was walking to the mosaic of Lucifer in the Baptistery of the Duomo in Florence - the one that Dante Alighieri stared at and gained his inspiration for the Divine Comedy and the depiction of "inferno" or "hell" we all know today. As I was headed there, I just was struck with the melody and lyrics of "I'm gonna see my man, I feel so lost without him, I'm a snake without my garden." When that happens, it truly makes me feel so happy and activated with inspiration and purpose.

How would you like your forthcoming album, LILITH, to speak to women in particular? What is the lasting effect that you hope it will leave with your audience?

Niki: For women in particular, this album showcases the trope of going for your own desires and self-awareness even in spite of the millions of voices planted in your head by the way of others, particularly the archetype of the manipulative lover. The manipulative lover in this album is also symbolic of the greater institution of religion as well. As you are being told explicitly what it means to be a holy or damned and sinful woman, these thoughts become your own. In 2020, all I can hope for is a more unconditional loving approach to each other across any barriers. Historically, religion, while giving many people faith and hope in a positive way, has also greatly affected our realities in terms of sexuality, queerness and self-liberation. I hope this album and story can celebrate what it means to unconditionally love yourself through the trials and tribulations of society, love, and faith.

Also, as a woman, how has your journey throughout the music business been? And how does LILITH symbolize/showcase your individual path in making a name for yourself within this industry?

Niki: I have only been thankful to have the inspiration of exploring femininity in my music and being able to share and learn from others in that. Lilith symbolizes a desire to break the rules and share truths in an industry that may want to package you up a certain way. Also, it allowed me to explore my passion in the esoteric - stories of womanhood and reinterpreting sacred stories - something I want to represent in my music and continue channeling inspiration from.

You are releasing an upcoming single from LILITH, “The Other Man”. What exactly made you choose this song in particular from the album as your single?

Niki: I am actually releasing a single every six weeks! I wanted to share this single next because it is such a point of tension in the album. This song is about temptation, going against the norms, and choosing your own desires over what is safe and as I say in the song "confining." After two more spiritually inspired and deep songs, I was ready to continue the story in the peak of desire.