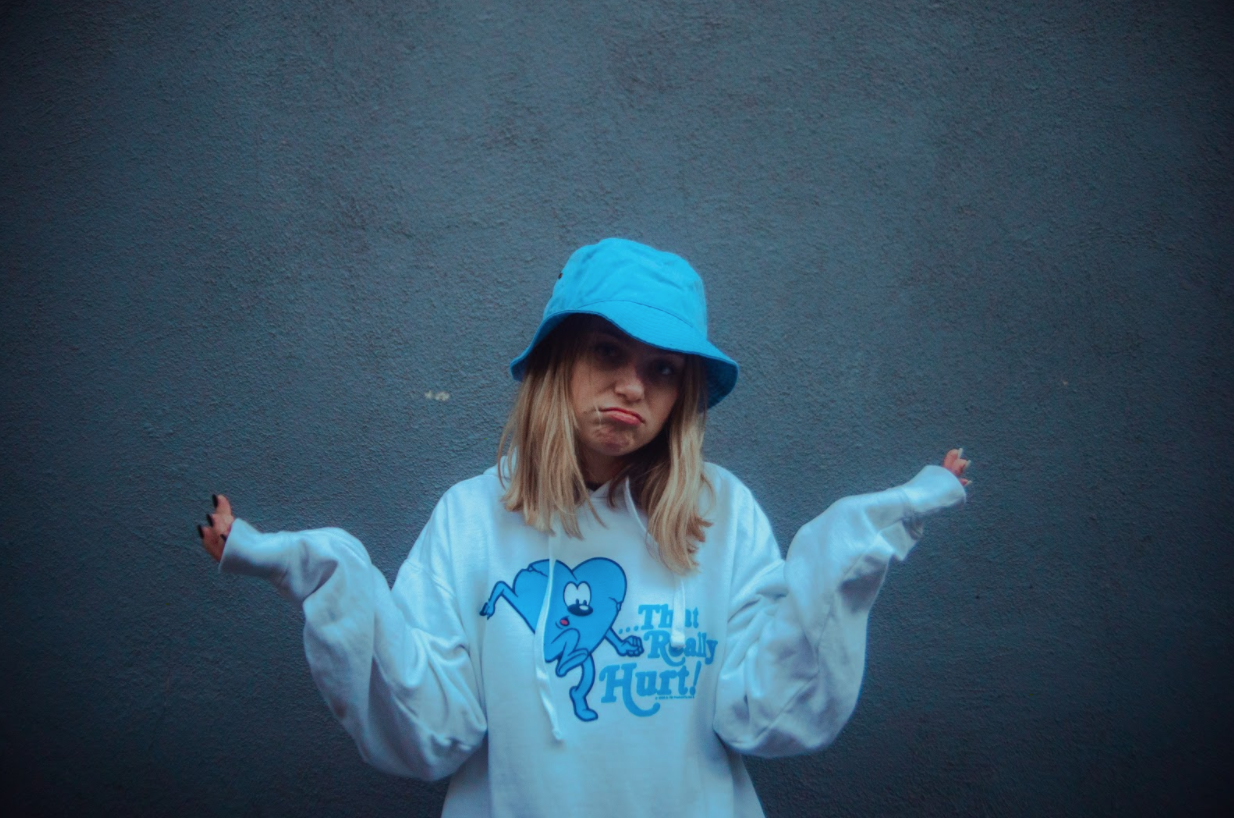 If you’re a sucker for synth pop, OSTON’s newest, “Shrug” is sure to make its way to your playlists. The track is about the intricacies of being a woman and navigating the world as one. I talk to the songstress about her music and what she’s been up to, including her Songland experience.

Tell me about the single ‘Shrug’ - what was the inspiration?

A lot of young women will understand when I say that becoming confident in your own skin vs. comparing yourself to everyone else takes a long time.

When I first moved to Los Angeles, I was sleeping on an air-mattress and living out of a suitcase for months, broke as all hell, but somehow I felt more confident in myself than ever before. One of my first nights there, my friends took me to this bar in West Hollywood and the split second I entered the rooftop I was basically stopped in my tracks by this group of girls that were decked out in designer brands that I couldn’t even fathom affording. To be clear, the clothes I was wearing were from like, Target or Forever 21, and I was wearing $40 dirty ass sneakers. These girls up and downed me and scoffed that I looked like a scrub. It ALMOST made me wanna leave, but I ended up sort of chuckling in my head, shrugged it off, grabbed a drink and was super bubbly the rest of the night even though I was annoyed. That was the inspiration but I ended up rolling in the overarching message of not sweating the small stuff and don’t let the vanity and vapidness of people irk you. Be confident in being whoever you wanna be.

Can you tell me about the Songland experience?

OSTON: Honestly, it all happened so quickly and it was a whirlwind of an experience. The adrenaline and excitement kicked in as soon as I got to the studio to learn the song. I got to sing Keegan Bost’s ‘Give It To You,’ which Julia Michaels picked to record and put out! Julia is one of my all-time favorite writers, so performing for her was a dream (and also super nerve wracking!). It was also very cool to get to know Ryan Tedder and Shane McAnally a bit behind the scenes, who are two songwriters that I look up to. Even though I didn’t get to participate in the songwriting process, it was so amazing helping to bring ‘Give It To You’ to life.

How did you settle on the name OSTON?

OSTON: Before I was able to ‘Shrug’ off the opinions of others, I was genuinely concerned that I was going to upset people with the stories I wanted to tell or the way I would want to tell them. Austin is actually my first name. I wanted to be true to who I was but create something that allowed me to express myself without that fear. It also allows me to play a more reckless and liberated character on stage. The interesting thing is, I created this ‘character’ almost as who I wanted to be and as time goes on and I’m becoming more confident in my ideas, opinions, art, and who I am; Austin is more and more like OSTON.

What are you most looking forward to this year?

OSTON: At this point, I want nothing more than to hug people at shows again. And my BAND! I can’t wait to tour with those guys again. I’ve been sitting behind a phone and computer screen for so long. I can’t wait to see people singing along while I’m on stage. AND I’m putting out an ALBUM soon. Crazy.

I’m just stoked on everything right now! I’m hyper focused and determined to make the most of every moment we have now and every new moment we’ll share when the world starts turning again.