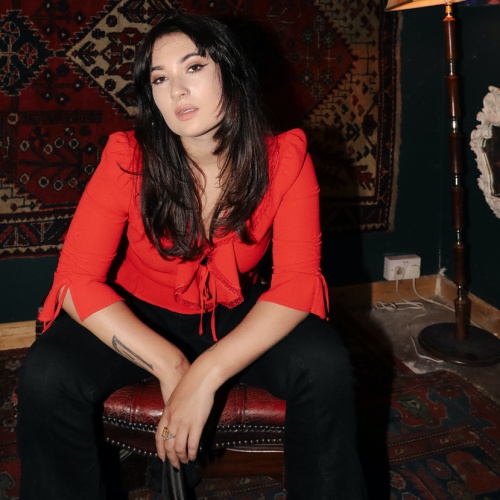 Y’all, Oz, is probably one of the coolest artists I’ve gotten to speak with during quarantine. The sassy rock story-telling is quite telling about her personality and inspiration. She just dropped her debut single, titled “Money” recently and we’re already ready for more. We talked about her artist influences, how she became an artist, and what she’s excited about next.

Oz: It was put out recently, but I’ve had it written for a year and a half ago. I was working on it for a while, but it was the first song that I created with my team. It’s my baby and I am so proud of it.

When did you get started in music?

Oz: I was very young when I started. I honestly don’t think I was good at anything except music. Like I’m terrible at math, science, all of the above, but the music was something I excelled at and loved. I got in early on. I started singing, playing guitar, and met my now manager through mutual friends. It’s kind of one of those things where the stars aligned.

Who are some artists that have inspired your sound?

Oz: I have always had a bit of eclectic taste - anyone from Dolly Parton, Brandi Carlisle. There’s always been a bit of country twang in the way they tell the stories. I’ve also been influenced by the early 80s pop-punk like Suzi and the Banshees, Joy Division, Prince and Elvis Costello.

What was the process of creating your debut EP?

Oz: The whole thing kind of happened by accident. I had been writing for other people for 2-3 years and there was a cancellation in shows. I was with a good friend of mine and we were all hanging out and just creating - that’s how “Money” came together. We continued to do this on our other free days and the whole EP came out accidentally. I’m so proud of it. I had the lyrics written already - I tend to write things down like poetry. I think the whole point of music is just to have fun and if you end up cry laughing, you’ll make a great record.

The song choice I chose was to give this project a bit of identity. I wanted to give fans a little taste of what I had in my arsenal - to be strong and honest and true to oneself. I wanted this EP to feel like a strong woman. I was surrounded by them growing up and listening to Hayley Williams who was just unapologetic is something I think our charts need. Plus, we could all use a bit of alt-pop.

Which song are you most proud of?

Oz: Agh! They’re all like my children. I think “Murder”, though. It’s got all my favorite things. A country twist and a Lana del Rey feel. It’s a bit more personal - it’s not a song I wrote about someone else’s feelings, but it’s my story and listeners can get a glimpse into my soul.

Oz: Hopefully, COVID can disappear and I can tour again! But until then, listen to my EP, please!