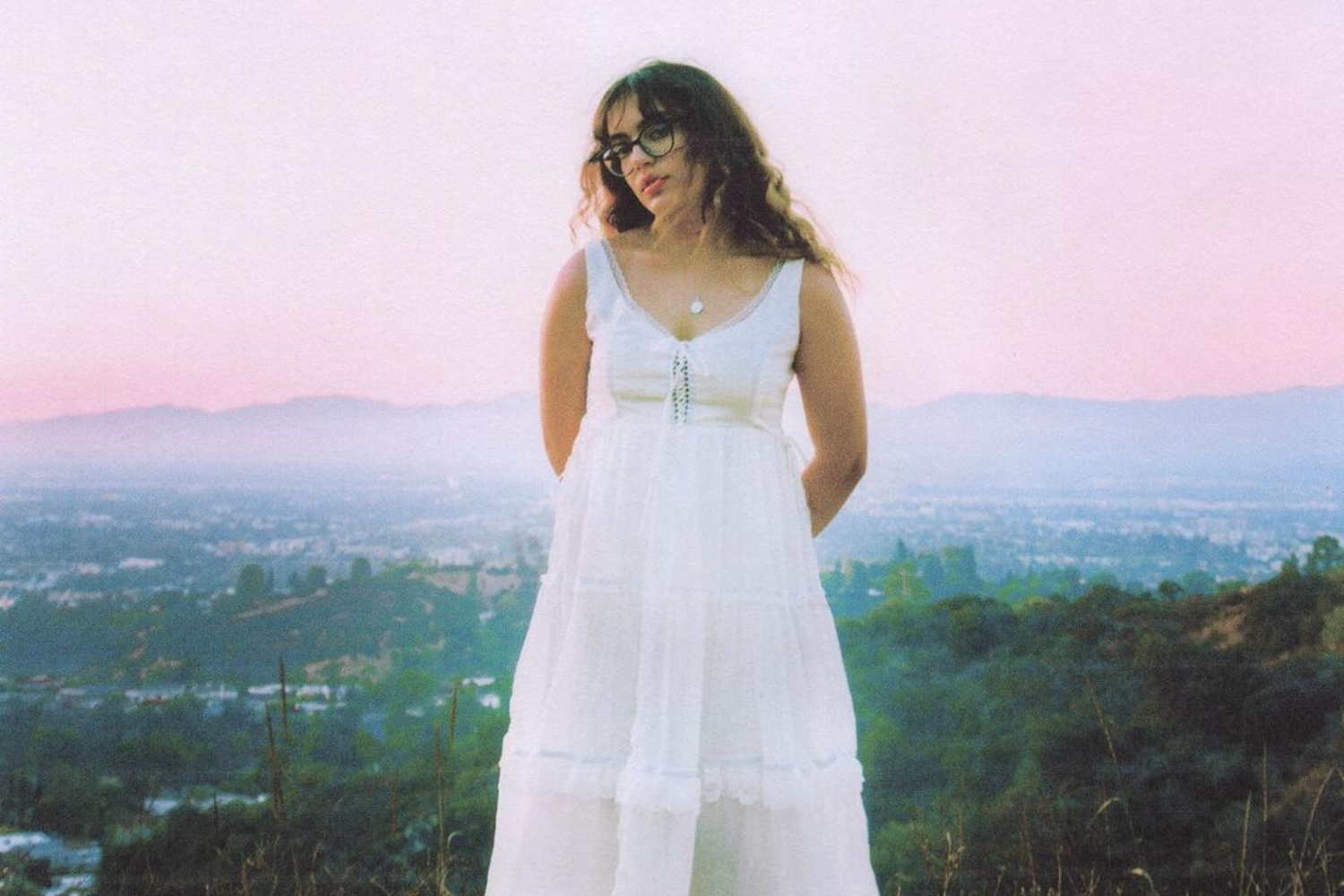 Simone's vulnerability bleeds through her music, her new song "Manhattan" perfectly encapsulates that feeling of trying to escape your past but feeling it everywhere. We talked to her about her songwriting and how to stay healthy on social media and in the music industry.

Simone: I was always performing, I have a brother, and when we were younger, we’d put on shows together. We both really loved music, and we both got into musical theater. We took any chance we could to perform. When I was ten, I knew I wanted to write songs, I knew I loved performing, and I started writing. I was listening to Taylor Swift, Alanis Morrisette, and Sheryl Crow; they inspired me to write songs. I wanted to follow that path.

Do you think musical theater helped you with your performing?

Simone: I took so much away from that experience, learning how to be a performer and learning what I liked. The audition process and the rehearsal process was so dreading for me at points, but the minute I was performing, I loved that feeling, but I wanted to do it on my own terms.

Was is scary to perform your original work?

Simone: I never felt scared to do that. It was never scary for me to play my own songs. I was singing these really heartbreaking songs about my depression, and it never held me back. I found my way to express myself through songwriting, and I could explain what exactly was in my mind. It felt powerful.

Tell me about your new song, “Manhattan.”

Simone: I wrote manhattan last year, less than a year ago. I had started doing writing sessions, and until then, I had been writing on my own. Around 2020, I started doing sessions and coming out to LA, and this is a song I wrote on my first trip to LA. I was still in school at the time, and it was one of the last sessions I had. I didn’t want to go home. I didn’t want to go back to reality in a sense. I had this feeling that everywhere I went in New York felt like it was already lived in, and I couldn’t go anywhere without having these memories. It’s kind of a metaphor for moving on, being like, “If I leave New York, maybe I can forget about all the bad stuff that happened there.” It’s like, “Let’s just run away,” but we think if we leave the place we’re in, it’ll change the mindset we’re in.

Do you think fresh starts work?

Simone: I think it depends. For me, I technically moved to LA in June. I think there’s a period where it feels really exciting. You get there, and you feel like you’re starting over. Then you realize all the emotions and sadness or anxiety, it still exists within you, and you were just distracted by it for a little bit. I think it’s exciting, but also it doesn’t cure anything. At least for me, there’s still a lot of stuff you need to work on, but it’s good for anyone to have a fresh start. I think there’s a lot of growth going through all the questioning. I was in New York my whole life, and when you live anywhere your whole life, it gets draining. It’s hard to feel like you’re trapped in one place.

What has been the biggest challenge in your music career?

Simone: I think I deal with a lot of self-doubt, and that’s the thing that has held me back the most. I think a lot of people deal with this now, not even in music, this feeling that we’re not doing enough and that we have to be more successful than we are. There’s this constant pressure to overachieve and be farther in your life than you are at the moment. As someone who is on social media a lot, I feel like that’s obviously going to affect me and so many people like me. I think the hardest part is getting past that and thinking about how I love making music. This is what I’m doing, and I’m right where I need to be right now.

I grew up in the “girl boss” era and lots of hustle culture, and what I love seeing is that it’s dying out. Everyone is in a different lane, and no one is dreaming of being burnt out.

Simone: In social media now, we see so much success, and we only see one side of it. If I had a conversation with another person in the music industry, that’s where I’m at, and I think they’re doing so well, and I wish I was them, then they’ll say all the things you’re also feeling. Everyone feels the same thing, and we’re all putting out this facade. At this point, we know that. It’s still hard to feel like people want to see that side of you. It’s easier to share successes.

I feel like even though social media, while still horrible, is getting a little more transparent.

Simone: The people I admire the most on social media, not even just musicians but influencers, are the people that are not trying to romanticize their lives. Someone like Emma Chamberlain, who showed herself being in bed all day, people who aren’t afraid to show that side of their life. I started watching her when I was 15, and it was helpful to see someone who felt like a normal person.

My secret weapon is just blocking anyone on social media that makes me feel slightly bad.

Simone: I went through a phase where everyone I followed made me feel so shitty, so I stopped engaging with any content that didn’t make me feel good about myself. You have to curate what you see, especially since we’re online all the time. You want to see positive things.

How do you stay motivated to create and be in music?

Simone: Taking breaks is important. I’m someone who really values the time away from music. Reading, doing puzzles, and going outside, lets me come back and appreciate it more. In general, remember that the core of all of this is I love making music and writing songs, and that’s the most important thing. It’s frustrating, and it’s difficult, but this is what I’ve always wanted to do, and I want to do it. It’s what I feel like what I was meant to do. I’m not motivated all the time, but I think taking a step back and reminding yourself how much you love it.

I feel like it’s so easy to get why you do it. What would be your best piece of advice to young women?

Simone: I think it’s important to find other women in music I can trust. I’m so glad I found amazing women in the industry who are supportive and know the drill, and know how to help. It’s so valuable because having those people that are going to protect you and help you it’s really special. Try to surround yourself with people who are going to want what’s best for you and are not going to make you do things that don’t feel true to you. It’s very clear when you’re in a situation with someone and you feel safe and comfortable, and protected. We have to hang on to each other and support each other.

Keep up with Simone on TikTok, Instagram, and Spotify.