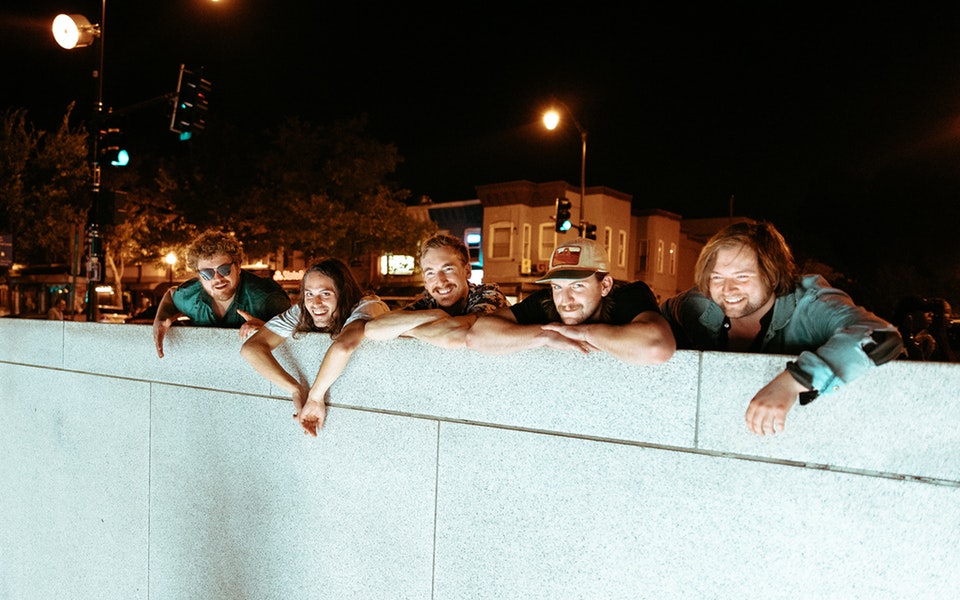 How did you all get started in music?

We started off playing music together as kids, opening for a lot of classic rock artists in our hometown of Richmond Virginia such as Foreigner, INXS and The Doobie Brothers.

My brother and I had several bands before starting Sleepwalkers, but this is where we really learned how to play our instruments and write songs.

What’s the band getting together story?

We started recording as a duo in a little studio in Louisa, VA, after our bandmates moved away. We met our engineer, Alex, who was sixteen at the time and an intern at the studio. We began to soak up a lot of older classics like Nilsson, Jorge Ben, Roy Ayers, Peter Gabriel, and incorporate those styles into our newer music. It was a new exploration, and nothing was on the line, so we did exactly what we wanted, and that’s what you hear on our debut record, Greenwood Shade.

Tell me the story behind Ages, do you have any favorite moments?

The entire recording process was so exciting - we were able to express ourselves freely in the studio. Ages was an outlet to use the studio as a tool and take time dialing in tones and sculpting sounds without limits.

The point of this record is to get all of our ideas out in a tangible way and let the listener immerse themselves in different decades and genres of music through the ages. It playfully hops from decade to decade - much like anyone’s Spotify playlist would today. Those two things are so synonymous, so we thought it would be fun to replicate a sign of the times on record. It’s also the title track - the concept behind the song is that the voice of an older self is speaking to them from a different time, trying to give them hope for the future, explaining that life will go on after heartbreak, the future is not so bleak, and time can heal the wounds if you let it.

The record itself is deliberately sporadic stylistically and in genre but cohesive in the way the vocals, production and songwriting are executed.

What’s your favorite song to perform live and why?

Michael York (Guitar/Vocals) - “Wake Up” - it has a pulsating rhythm that reminds me of some of my favorite power pop and new wave, like The Police and Cars.”

Alex DeJong (Drummer) - “American Nights” - it’s a fun 70’s rocker that keeps you moving. Love the flow from a vibing verse to a soaring chorus and chant without losing its edge. We really get to kick it when the solo comes around.

How do you prep for tour and why is touring still important for bands?

In support of our new record, it’s been a lot of work trying to get these songs to sound like a fully produced album/show. Half of the battle is staying healthy and energized. Being on tour can be grueling so you really have to take care of yourself and be aware of what you’re putting in your body. It’s still so imperative to be in touch with your fans and people who may never hear your music in other respects or on digital platforms. Real devotion and human contact is something that is so important, especially in today’s environment. Visiting people in their hometowns in the middle of nowhere gives hope to them. I know it made a difference in my life as an outcast at 12 or 13.  It gave weird people like us an outlet and gave us the right to say, “Hey, we can do this too!” and have a positive impact on people’s lives.

What has been the biggest challenge you’ve faced in the music industry?

There’s just so much more music available now, which means more competition. It’s not necessarily bad, because in some ways it’s the same as always - the cream typically rises to the top, but it’s a lot more work.

What’s your best advice to your younger selves?