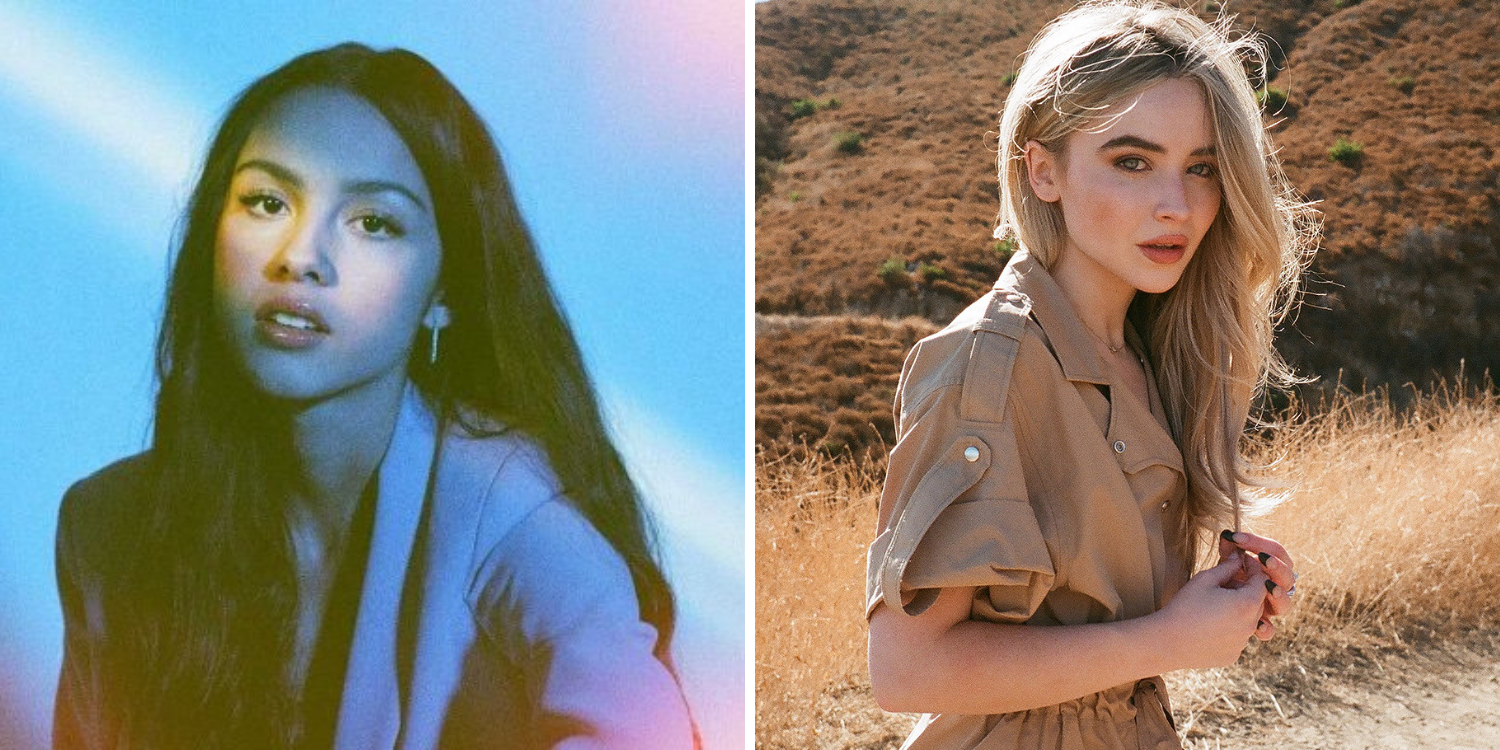 Love triangles in music are nothing new. In my generation, we had the iconic Lindsay Lohan, Hilary Duff, Aaron Carter feud. Now we have Olivia, Sabrina, and Joshua. While all of this is delivering us some wonderful drama, any girl-on-girl rivalry rubs me the wrong way, especially since pitting women against each other. It's 2021. We don't need to stoop so low for record sales.

Olvia's song is a triumph, a musical unicorn that skyrocketed to number one—setting a record for a newcomer's debut on the charts. While the drama surrounding the song has caused publicity and interest, it's not the meat of the song. The song is good because it's good. No offense, but no one is over here pining after Joshua Bassett. People relate to this song because they relate to the feeling.

Now, when Joshua released his song, I'm sure it did well because people love drama. People want to hear what he said, and to be fair, all press is good press. I'm sure that was the most attention he's had for a song.

Now, Sabrina. Sabrina has been steadily releasing songs and had a more concrete hold in the music world. We've covered her previously, and we know this. Olivia said nothing bad about Sabrina in her song, for sure. Still, the mindset of, "Who hurt Olivia?" multiplied and built for a long time before the explosion of Sabrina's song "Skin."

And here is the problem, Sabrina's timing, mostly done by her label, management etc., capitalized off the interest. There's way more behind-the-scenes than people think, but the backfire of anger against Sabrina was unwarranted.

In Sabrina's statement, she said, "I don't want this to become an endless cycle, so please don't take this as an opportunity to send more hate anyone's way." She even called "driver's license" a "magnificent" song and went on to explain her song and how it wasn't about a specific event. Do I believe that? Yes, because people don't release a song in a week.

Teen angst is never going away, tough breakups are never going away, but can we for a moment stop pitting women against each other. It's a boring narrative. It takes away from the glory that is the perfect song that sums up teenage heartbreak in a way we haven't seen since Olivia's forebearers, Taylor Swift and Lorde—surrounding a song with petty drama only depletes from the genius of it.