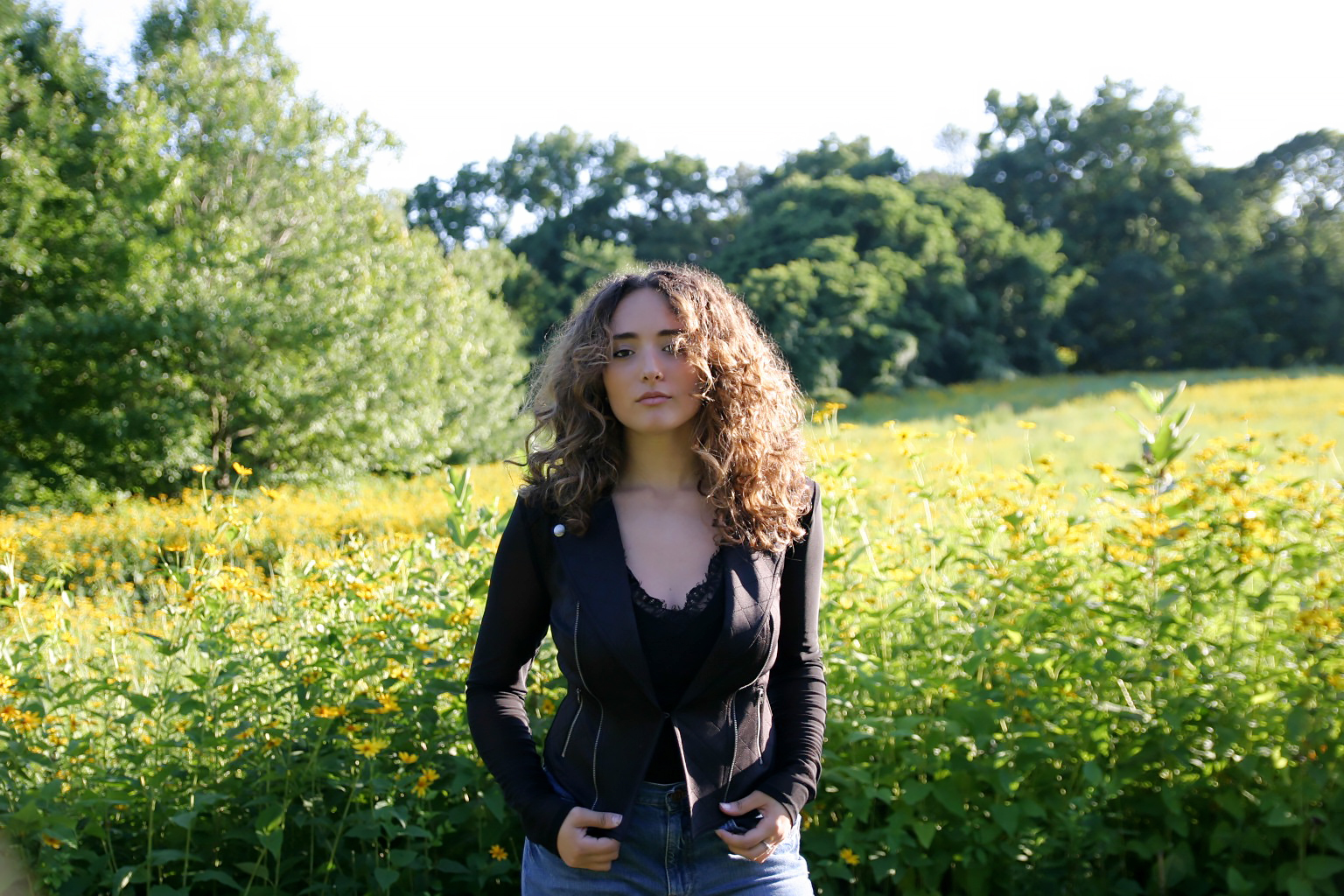 With the release of her latest single, “Suicide Love,” Vaeda Black takes the juxtaposition of two seemingly opposite topics and weaves them together to create a dark love story that illustrates the idea of being vulnerable and “showing yourself to another person and letting them love you.”

Rarely do you find a young artist with as powerful a voice and lyrics as Black. Singing since she was small, she got started in her first-grade talent show singing “Start of Something New” from High School Musical. From there she began to delve into musical theater saying, “I loved the feeling [of performing and always felt at home on stage. As I got older and began writing poetry it leads to me turning them into songs.” From there Vaeda Black, a name she created to match the darker, edgy style of her music, was born.

Inspired by music from the 60s, Brenda Lee, and Janis Ian, Black states that she’s influenced by a lot of different styles, all of which in turn, influence her own. Of some of her other influences, Black says, “I love Bishop Briggs and who she is as an artist. Billie Eilish is another, we’re the same age, and I’m really inspired by what she’s
accomplished and her just being her.”

In her latest single, “Suicide Love,” Black explores a deeper and darker side, nodding to her Bishop Briggs influences. The simple piano frames Black’s diverse vocals perfectly, pulling you in with it’s moody and calming tones.

She says, “It actually started with a text message from my ex-boyfriend while we were together probably about a year ago. I don’t remember exactly what we were talking about, but he wrote ‘that’s called suicide, love.’ Something about those two words next to each other really struck me; they’re so different. I kept thinking it would be such an interesting way to express love, passion and deep wanting, so I wrote a song around it.” The combination of those two distinct feelings gives the song a truly unique sound and style.

Black explains, “It made me think about getting lost inside of a relationship. There’s a line ‘what is this madness?’ The feelings and all the emotions, losing yourself, it all doesn’t make sense. You literally are so overcome with desire that you can do nothing but give yourself to them.”

Despite the title, and it’s darker atmosphere, Black says “it’s really a love song. Being vulnerable is hard for a lot of people, but I want this song to represent the good things that come from showing yourself to another person and letting them love you.” In an age where many artists stick to upbeat, pop love tunes, Black isn’t afraid to shake up stereotypes and create a sound distinctly her own, something “Suicide Love” showcases perfectly. With her blend of indie, alternative, and a little soul, listening to her songs comes as a refreshing break from some of the more mainstream styles.

Of her songwriting process in general Black says, “Ideas just come to me, really any time or anywhere. Every song in one way or another is about a person or experience that I’ve had. I write ideas down into a notebook or notes on my phone. Then I’ll either come up with a melody in my head or go to the piano and start to piece it together. A lot of times I’ll have the verse and chorus first and build piano music around it, then finish writing the words later.”

In regards to some of her upcoming live shows and new music, she says, “Lately we have worked some songs out directly with my band in rehearsals, so I’ve been performing a bunch of songs live that haven’t even been recorded yet. It’s a slightly different way of working which is cool. We will be going into the studio soon to record those with the band, then build more tracks around them.”

Connecting with fans is an important new aspect for Black. She says, "I really look forward to building my fan base and getting out and playing more live shows. Having people connect with your music online is cool, and it’s been amazing to see all the countries that Suicide Love has been streamed in. Someone tagged me in their story from Santiago, Chile with a video of them playing the song in the car. It’s crazy, but exciting to think that people are connecting with my music. At shows it’s so direct, getting that energy back from the audience, there really is nothing else like it.”

Luckily her fans won’t have long to wait as the music video for “Suicide Love” is set to release soon and she has new music on the way. She explains, “Right now I am really excited to release the visuals for ‘Suicide Love’. I had this very specific concept for the video, and we were able to pull together an incredible team of people to bring it to life. It’s really special to me, and I can’t wait to share it with everyone. We just finished the edit so it will be out in the next couple of weeks. Music wise, I’m getting ready to head back into the studio at the end of this month to record the band and start the next five songs that will make up my EP. I’m planning to release another single in January, but I just may have a surprise drop before then. In the next few weeks, I’ll also be announcing a show on the West Coast, which I still can’t believe is happening. All of this is in the middle of applying to colleges, so it’s a really crazy time!”

As for any advice she has for up and coming artists, she says, “I guess I’d say learn as much as you can, which is what I’m trying to do now and in college. Be true to who you are, which is not easy in this business, but if you can do that, I think your music will be more real, and people will know it.”