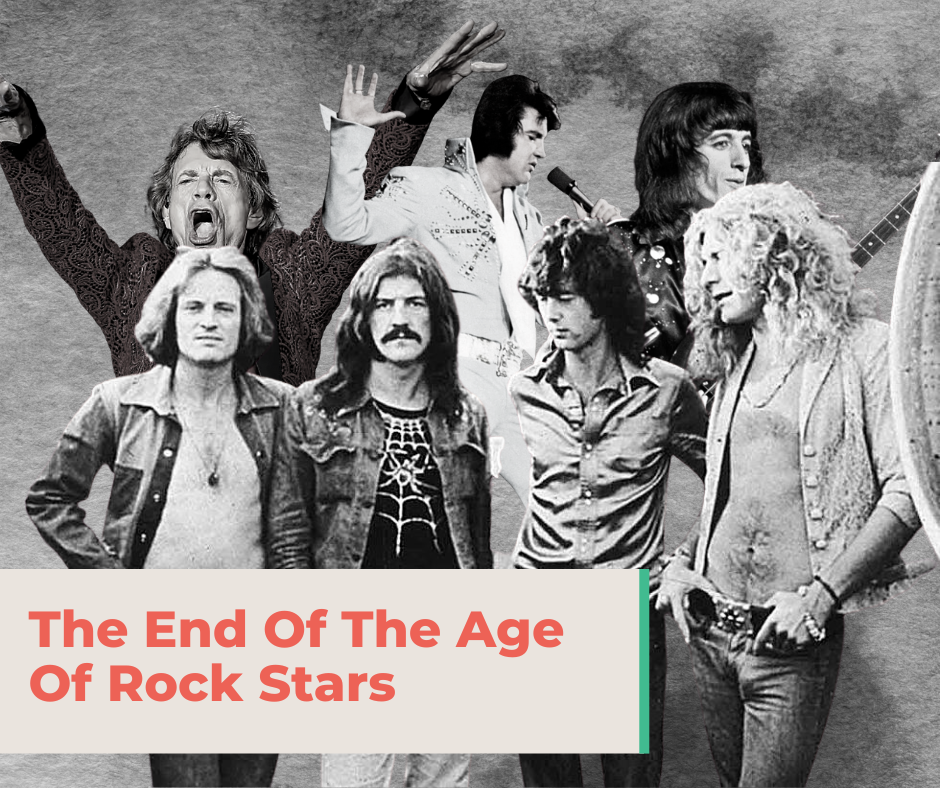 When you think of the rockstar trope, what comes to mind? Mick Jagger, Robert Plant, David Bowie, the classic male archetypes in immaculate outfits, swaggering onstage in front of an awe-struck crowd. The darker side of the rockstar lore, the underaged girls, is the side of history people try to forget. They cover it up by saying it was a different time, that it was consensual, and that it was just what groupies did, but the ripple effect of what these rock icons did has plagued generations of men in music.

The rockstar effect is the idea that men want to embody these iconic rockstars so that they attribute their dark history to a certain lifestyle that they desperately want to obtain. It's not enough to replicate the technical music skills and emulate the styles of these men, they want to live a rockstar life too, and they think they're entitled to it with a certain level of fame, just as their predecessors thought they were entitled to it. It's become the downfall of so many men that it doesn't surprise anyone anymore when they take advantage of their fans. It's become more surprising for men not to be problematic.

In 2023, we still see men pretending they're carbon copies of their idols, but they still do not understand that rockstar behavior is an easy way to instantly derail your career. It feels like it should be obvious that sexual misconduct should be something you don't do, but every day we get a new story and new accusations. I feel like there's been a shift in the climate with the likes of Harry Styles and his almost too-spotless reputation. He has the ability to look like a rock god but preach kindness while celebrating and respecting women. Again, the bar feels literally in hell when that's the baseline.

Especially in the social media age, it's easier to pull back the curtain on those predatory behaviors that would've been easier to hide in the past, where everyone can use their voices to expose bad behavior. The rock star is no longer a mythical being. They're present and accessible in a way they have never been before.

When you look at things like the Adam Levine cheating scandal, it was easy to see how one person can set fire to someone's career so fast. The video blew up within a matter of hours, and when multiple women started coming forward, it was a landslide of accusations. We've seen that so much with social media, and having less access to musicians in the 70s means the allegations were just word-of-mouth. Now it's showing receipts on TikTok. It's harder to rebound from.

Keeping a clean image can do wonders for a band, especially when it comes to a sound investment. At the end of the day, people want to invest in acts that won't run the risk of getting canceled and bringing down their whole teams with them. It's not only a moral obligation but a financial one. I'd go as far as to say that it's even a competitive advantage to keep a clean slate. In an industry where there are billions of artists chomping at the bit for their big break, it's easy to find acts to replace someone in a lineup that doesn't cause public backlash.

The more musicians I've talked to recently have told me they forgo the afterparty for drinking tea and reading books so they stay healthy on tour. Ever since the pandemic restrictions, it's become a liability to get sick on tour, a cost that musicians can't keep up with in the current climate. They're treating it like being athletes, prepping for a big game.

I don't think rock stars are over. David Hepworth, the author of Uncommon People, defined rockstars as "largely a male, somebody who played guitar, who could sing, and wrote their own songs. Which expressed their own feelings." I think the climate has shifted. As Florence put in her song, "You said that rock and roll is dead, but is that just because it has not been resurrected in your image?"

The future of rock stars depends on the future of what we decide to idolize. If we continue to support musicians who take advantage of fans and minors without consequence, then nothing will really change. There has to be a shift in what we perceive as worthy of idolation. Is the "rockstar" just an image, or is it a capsule of the behavior we wish we could get away with? Are rockstars just the people we allow to misbehave as some sort of fantasy? Can we not idolize people who are respectful in the same way?