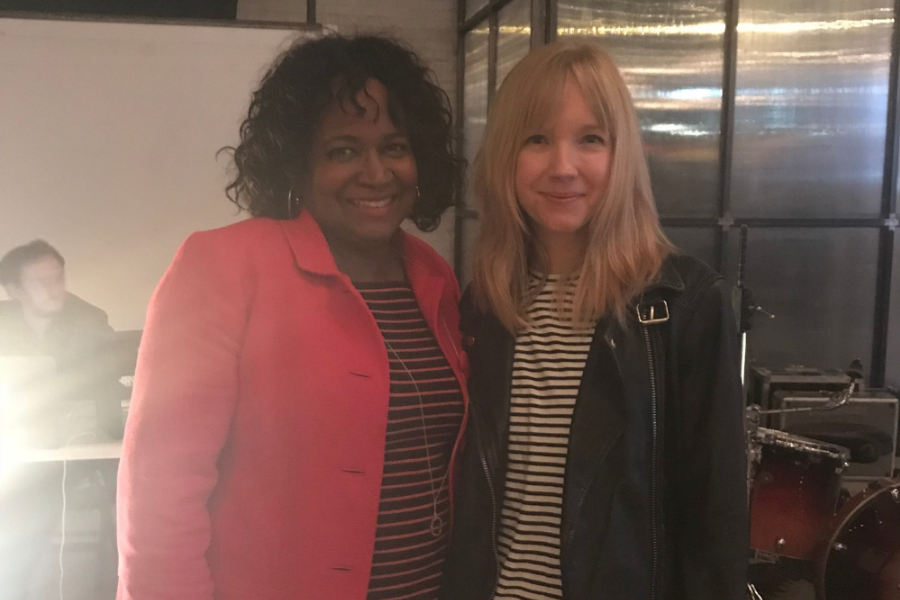 In case you weren’t aware, The New Nine is all about women. We’re also founded by Texans, and I’m so proud to be from Texas. Even though we get a bad reputation as being gun-toting, bible-thumping, and ultra-conservative, Texans are truly so diverse.

We’re facing a huge election this year. While Austin is a pocket of liberals, we have to do our best to spread the word, keep voting, and keep the people informed. The Austin music scene is stepping up and doing just that.

Local musician Walker Lukens is known for his catchy songs but also for his insanely clever Song Confessional; A mobile recording studio where people can go “confess” their stories and then songwriters turn them into songs.

During election season, Walker took the concept and had Austin’s finest local bands talk to local candidates to talk about the issues and turn their stories into songs.

He explains, “We live in a so-called progressive city but most people I know, myself included, don’t know much about our local representatives. Doing this project with candidates seemed like a good way to make these people not seem so unlike the rest of us. I think Most of the musicians lent their time to this project because we feel scared About where our country is headed and mostly powerless to change it.”

Among those artists is Ume, the band known for garage rock with a dose of pop, fronted by the unstoppable Lauren Larson.

They talked to Sheryl Cole, who is running for Texas State Representative District 46, Cole has been a champion of marriage equality, civil rights, and she’s a Democrat facing some steep competition.

Lauren of Ume said, “What an honor to write a song dedicated to Sheryl Cole’s father. She has been a long-time champion of the people of Austin, and her father — who passed away during this year’s primary race — has been her champion from the start. Whether she was running track or running to represent East Austin, Sheryl has been driven by her Daddy’s rally cry: “That’s My Girl!” Now in her race for State Rep District 46, Sheryl is still fighting for him and for us.”

The song is just that, a rallying cry. Lauren’s dreamy voice cascades over fuzzy guitars. The song was mixed by Jim Eno of Spoon and engineered by James Westley Essary. The whole project came together so fast and it makes me incredibly proud of the Austin music scene.

Listen to the gorgeous song and pre-order the vinyl right here, all of the proceeds go to the Travis County Democrats office.