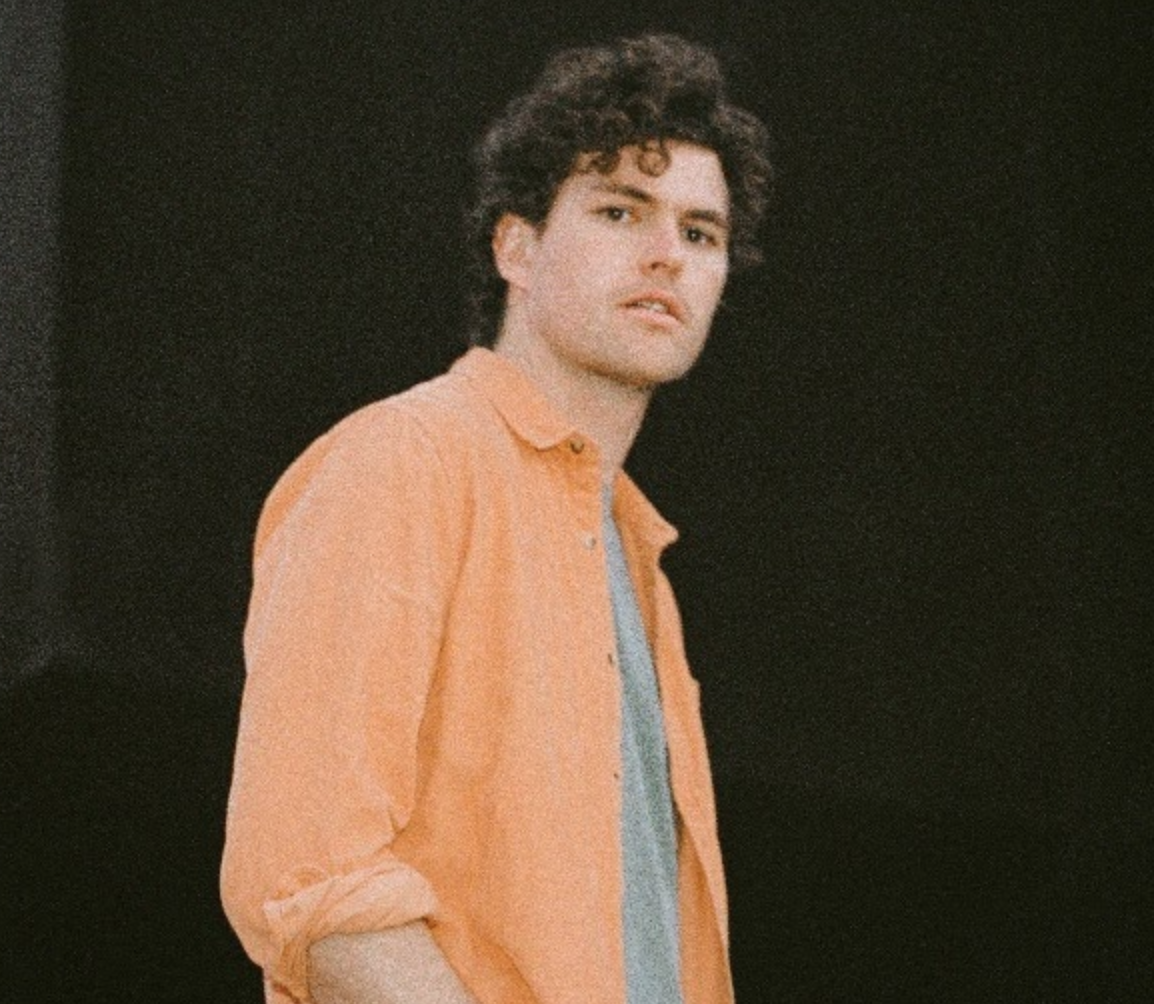 Vance Joy was exclusively at the top of my most streamed artists six summers ago. It's even more fitting that I was able to see him perform for the first time seeing Taylor Swift's 1989 World Tour. I rarely set an alarm at 2:45AM except to go to the airport, but when a zoom call with Vance presents itself, you brush your hair and do the call.

We chatted about what he's been up to since the pandemic and, of course, his latest single, "Missing Piece."

Vance Joy: All right! So you've seen me a couple of times! Gah, yeah, that Taylor Swift leg - was just such a great summer of shows. So fun!

I'm honestly so excited to talk to you about your single, "Missing Piece," and the inspiration behind that.

Vance Joy: Yeah, so this song I actually wrote during lockdown last year. I was in Melbourne, Australia, and we've done a couple of pretty long stints of like, kind of like lockdown vibes. And yeah, it was kind of totally new than the idea of, like, I don't know, the world. At that moment, things were kind of like, well, what's happening in it, and I wanted to spend the time writing songs.

I took it also as an opportunity to just exclusively go on my own and take a break. I did hear of people doing zoom sessions, and I figured I also might give it a go, especially after three or four weeks of doing nothing. I also wanted to work with Joel Little for a long time, and he's worked with the likes of Lorde and Taylor Swift. I've always admired his songwriting and production, and he was available for zoom, and it just flowed really naturally.

I love that! How long did the process take?

Vance Joy: We did net things out pretty quickly. I had some lyrics written in my phone, and he realized the first line, "When I'm in the room with you," and he added "that missing piece I found," and I realized that was so lovely, and then we had the song written in about a couple of hours. Honestly, it was good. Afterwards, he sent it to me, and I had it kind of in my phone as like a demo for a while. And then I guess I got motivated to, like, finish the song because we hadn't written a bridge, and it was like, around Christmas time, and I was in Spain because I didn't come here to see my girlfriend. And I guess I was just thinking, like, it's hard to travel during COVID like, you have to apply to governments to get exemptions. And right, a lot of people were separated, and the song was kind of about that, you know, about, you know, missing someone and being separated. So it came from that kind of personal place. And then, around Christmas time, I was like, Ah!! You know, that's especially that time when you're, you're almost so keenly aware of the distance. And I was like, this would be a good time to finish the song. And, and I want to put it out as soon as possible.

How would you say this new era differs from the previous one?

Vance Joy: I think originally, I wanted to write completely on my own. I wrote my first and second album totally alone, and I still do write alone. But I am not more open to people's ideas and see what they can bring me that I wouldn't normally do myself. I'm more open now to someone's fresh idea that I normally wouldn't add myself - like a way of playing the guitar or even a rhythm. Like, it's nice to just be taken out of your audio, my usual line with rhythms and stuff.

And what is something that fans might find surprising since they haven't heard from you in a while?

Vance Joy: Hah! Well, I" m not sure if this is it or not, but I definitely went through a skateboarding phase, and now that that's over, it was time well spent. I've also moved to Barcelona for the moment to be with my girlfriend and besides that, just making music!

I know this year you've gotten to collaborate with Marshmello. Who are some other artists that are on your collaboration list?

Vance Joy: There are lots I haven't collaborated with, but I would love to work with Mark Ronson. I also got to tour with P!nk in 2019, and watching her perform was an amazing force of nature. I think she'd be really cool to do a duet with.

No pun intended, but Vance was an absolute joy to talk with. So anyway, if you'll need us, we'll continue to listen to the rest of Vance's discography until he blesses us with another single.