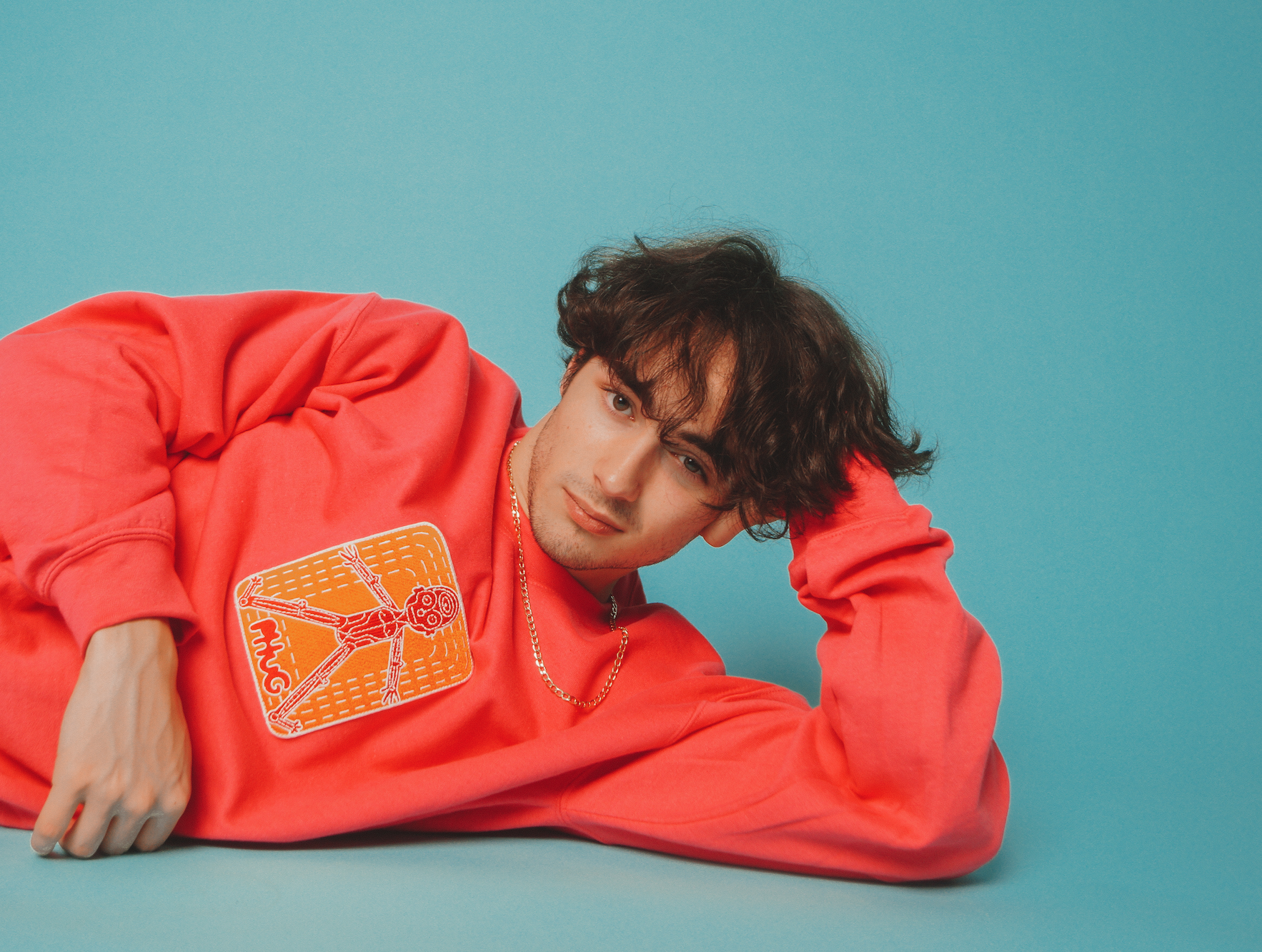 Alfie Templeman has the most infectious energy, I talked to him bright and early, and his voice just woke me right up. His music reflects that vibe, it's catchy but has these layers of meaning that can strike a chord with any of his listeners, he catches you off-guard. While there's plenty of hype surrounding Alfie, his personality cements his standing as one of the brightest up-and-comers. We talked to him about his sound, the pandemic, and how what's been inspiring him lately.

Let's get started with how you got started in music.

Alfie: I was born into it in a way, my dad had a ton of guitars around the house and stuff. I think I was just bound to pick one up eventually. It got to the point around 6 or 7 that I started really playing them. I guess I was kind of bored; there wasn't a lot to do around where I lived. It became a huge part of my life, and it was only natural that I started recording and putting my own music out.

Was there a turning point for you when you decided to make it your career?

Alfie: I guess, especially when my label, Chess Club Records, came in a couple of years ago, that was a big turning point for me. I realized this could be my whole job, and I could do it for a living. I was lucky enough to be in that position at such a young age.

I was just about to say you're so young!

Alfie: There's definitely a lot of musicians that start at my age, but they struggle for so long. It's harder for them to put their music up and get noticed. I was so lucky to be in the right place at the right time.

When it came to finding your sound, how did you fall into what you make now?

Alfie: I think since I'm young, I change my sound a lot. I started off making more indie music, but over time it grew to where I was subconsciously putting in anything I laid my ears upon. I think every track I make is a little different from my previous stuff. I have a little bit of fun at the same time, just seeing what I can make without realizing what I'm doing.

What has been a challenge for you lately?

Alfie: I guess really it's more about me being lazy I feel like I should start doing things like Tik Tok. Honestly, I can't keep up with it. I feel like I'm stuck in 2016.

That's so funny, though. I feel like everyone is doing Tik Tok!

Alfie: I know it's bigger than YouTube now. How did that happen! And streaming numbers are reflecting it! I don't know how they have the time, and if you get lucky and people are sharing it.

How have you been dealing with the pandemic?

Alfie: I'm not thinking about it honestly. If I don't think about it I stay a lot more sane. I just really have no clue how to face it, so I'm not panicking. That's all I can do.

Alfie: It's never happened, so it's weird, but at least everyone is stuck inside bored out of their minds. It's definitely increasing streams and encouraging to get people to listen to more music. That's definitely a good part. At least if you're stuck indoors, you're so bored that you might want to put on some tunes while there's nothing really to do.

Has it been hard to be inspired?

Alfie: I didn't realize how important socializing was to inspiration. It never came to my attention that even going somewhere else would help. Now I've been surrounded by the same things for over 100 days. It's gotten a bit bland. I guess it's different in LA.

So what has been inspiring you?

Alfie: I guess just making light of everything, it's a lot less surrounding but everyday things you take for granted. You can write songs around it. I can still write about boredom. You can pay attention to your mind and your head and everything that's around you.

What's your best piece of advice to another artist?

Alfie: Just don't pay attention to any criticism good or bad. The only thing you should be thinking about is your own opinion. Honestly, I try not to read reviews because it steers me away from where I'm trying to go. Try to focus on your ideas rather than what other people want you to do and what they want you to mold into because they could be wrong and a lot of the times they are.