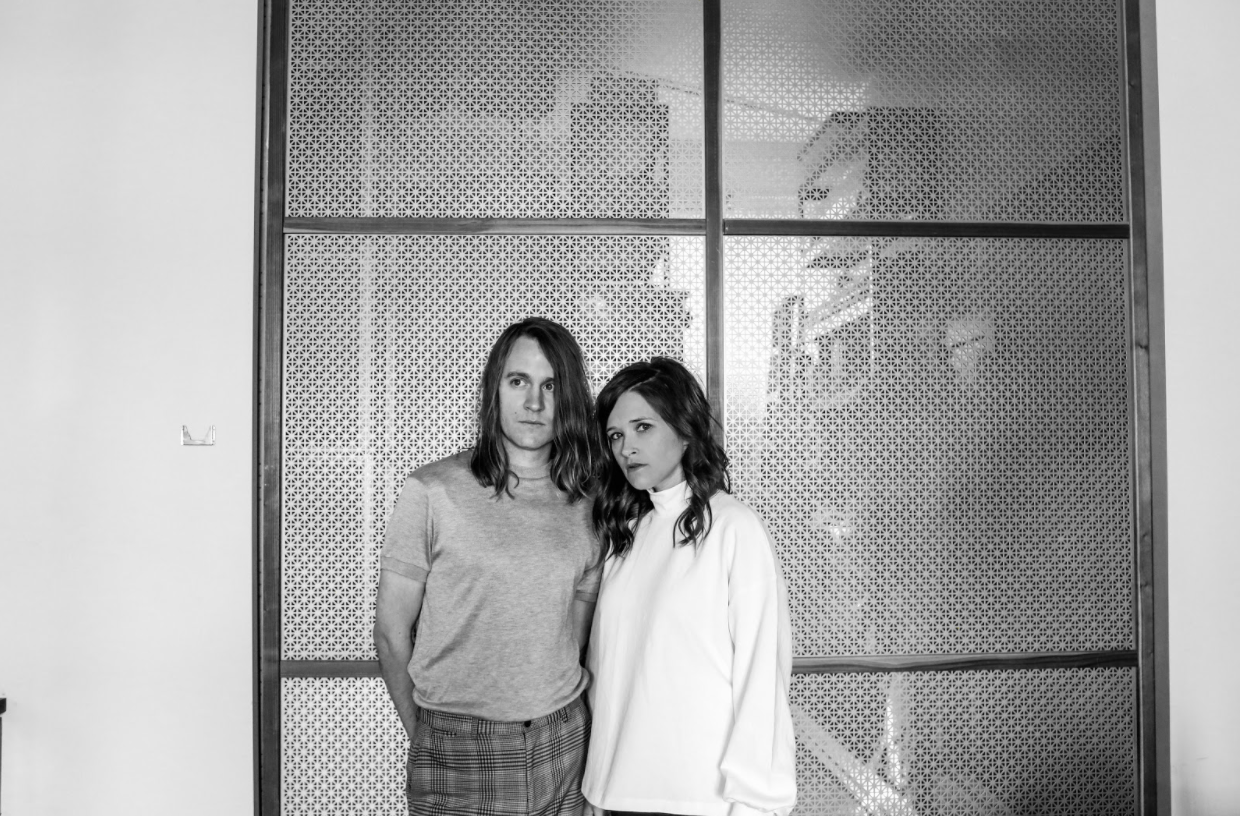 With all of the craziness going on in the world, it seems like a great time for an introduction for new music. Pop duo Carrousel dropped their EP last month and it’s been the perfect accompaniment for working from home. Their EP, “I Wasn’t Well” has four incredible tracks and it’s sure to hook you just as much as it hooked me. It’s the perfect moody pop four-piece. It was so great to talk to them and when everything settles, I can’t wait to see more from these two.

Tell me about the process for creating Carrousel?

Joel: Carrousel began back in 2009 in Tallahassee FL. It was this little lo-fi dream-pop outfit with a folky twist. Something between Sufjan Stevens and Beach House. I started the band with my roommate Brad—we brought all this gear into our living room with the intention of making a record in 3 months. It ended up taking us 3 years! Brad left when that record (27 rue de mi’chelle) was finished in 2012. After that I took the reins and kept exploring musically and sonically. Every project felt like I was pushing into some new realm, and the world we had begun creating kept expanding. And yet they somehow all felt connected. Then Sharon joined the picture in 2014, which was a total game-changer. She took Carrousel to another next level in every way possible.

Sharon: We met, started dating, got engaged, became bandmates, got married, and moved to LA all in about 10 months. It was a lot. I think we’re still recovering from 2014! Since then we’ve had 2 kids, released 2 albums, and the one we’re about to release next month will be our third together. It’s called Magnificent Desolation.

What was the inspiration behind the new videos for "Psychobabble Drama" and "A Solitary Soul”?

Sharon: For Psychobabble, our friend Dylan Playfair approached us with the idea of taking the old Nosferatu footage and immersing the band within it, like we were part of the drama. It happens to be public domain so we could get away with it, at least legally. We loved the idea and let him have at it. We filmed it through the night right before Halloween in this old warehouse in downtown LA. It was all a bit spooky, but it was fitting for the song. And Dylan did a wonderful job, we absolutely love how it turned out.

Joel: A Solitary Soul was a very different story altogether. Our manager challenged us to make a video only using our iPhones. Something about that limitation was actually quite helpful for us creatively. We didn’t have to set up whole crews, lighting, cameras, budgets, etc. We could just come up with an idea and go do it. I was driving on the 134 in LA the next day, and in my mind’s eye, I saw Sharon and I dressed up in old 50’s sci-fi costumes jumping onto a subway and the subway taking us to another planet. It was an absurd image, but I really loved it so we teased it out and explored it. Over the next few days, we came up with a little story with our friend Stevie. Then we went out and shot it. Simple as that!

Joel: It’s a little bit ridiculous. We surround ourselves with various but quite specific inspirations—film, literature, poetry, massive music playlists—and we hang them on the walls of our creative minds and sit with them. Then we’ll take the raw material that has developed organically over the previous couple years—melodies from dreams, little tunes we quickly demoed on our iPhones, whatever—and we let them all have a conversation. We’re not looking to take from the things that inspire us so much as have them in the background while we work; and of course, they find a way of seeping into what we’re doing—sometimes in more overt ways, other times very subtly.

Sharon: It’s pretty wild to watch what happens over the course of the album cycle, anywhere from 2 to 4 years. The songs and then the collective group of songs begin to take on a life of their own. We don’t really have some mastermind plan from the start, we really just let songs lead us where they want to go.

Sharon: It’s different record to record. But the idea for this new record was to take these jarring, industrial textures and put them over more familiar rhythmic contexts that would evoke New York City. So there are jazz drums, there are boom bap style hip hop grooves, and there’s full-on electronica.

What are you most excited for this year?

Sharon: We are getting ready to release Magnificent Desolation on April 2. To be done with it finally and on the verge of putting it out is a relief beyond words. We’re absolutely thrilled with it. We’ll be playing a lot more shows all over CA this year. Very excited to keep developing out the live experience. It has a lot of crossover with the record obviously, but it’s very much its own thing.