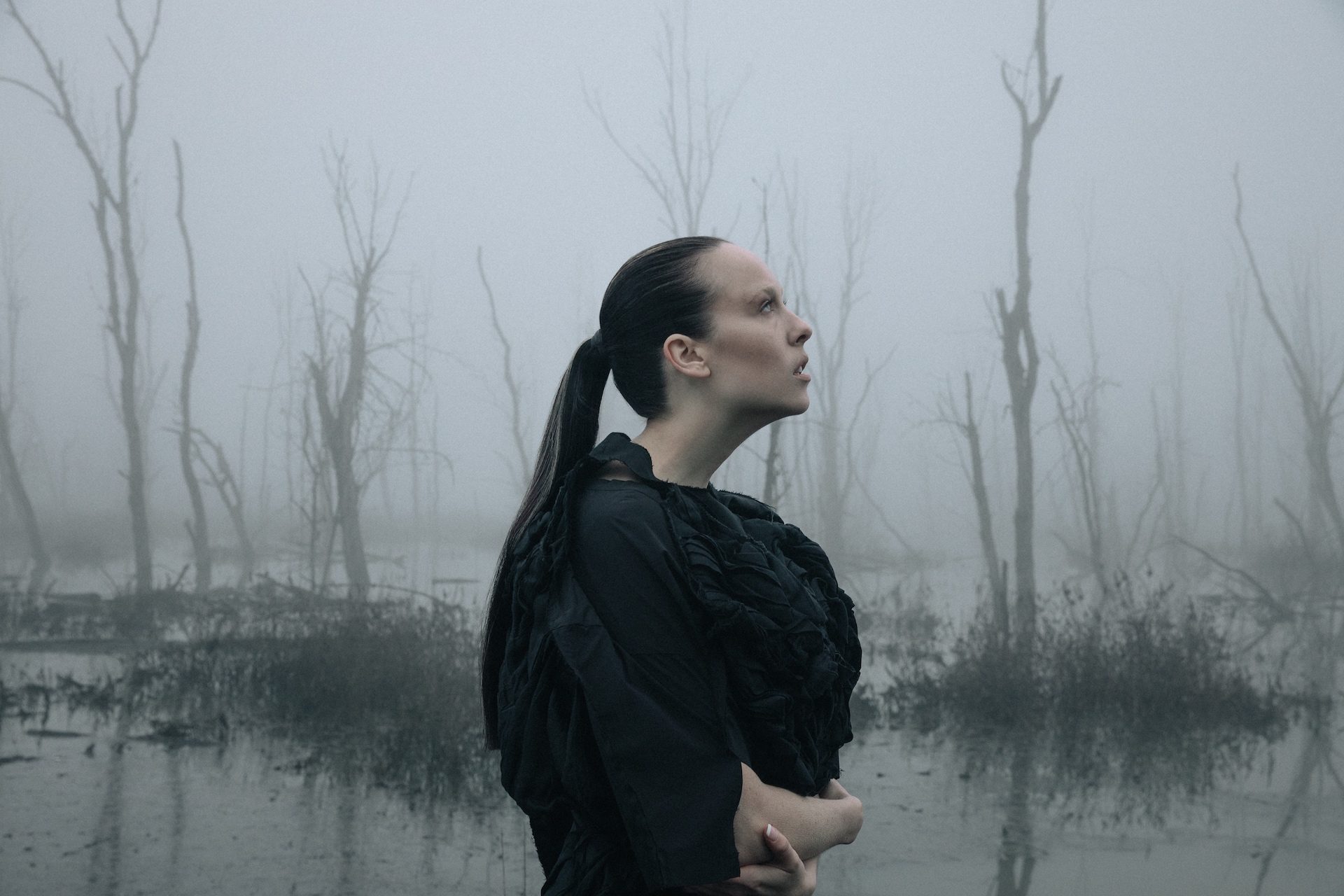 I've been infatuated with Allie X for a long time; it's so easy to get lost in her many different worlds. Allie X is almost allergic to being generic, and she refuses to be put in a box. From her theatrical live-performances to the details and darkness in her lyrics, it's hard to think of too many artists that can reach her level of art. Her album Cape God is a magnum opus, every song is intricately produced, and each lyric shows her dark sense of humor and her knack for haunting melodies that feel like nothing else you've ever heard.  We talked to her about the inspiration behind Cape God, what it means to be a "regular," and being the champion of the weird kid.

What was the initial inspiration for Cape God?

It was really an honest attempt of my personal experience as a teenager; it got more conceptual in that Cape God doesn't exist; it's a space I created. Iw anted it to be more beautiful than my experience. I wanted it to be kind of fantastical aesthetically.

I read that Fresh Laundry was the moment you knew what your sound would be for this, can you tell me more about that moment?

It was my first day in Stockholm writing with Oscar and James, who ended up being my main collaborators for the album. I didn't know that I was there to write a new body of work. I was just there to write. As writers often are, we don't know what's going to happen in a session. This new sound emerged, and all of a sudden, I went from thinking I was there to write for a bigger artist, but I was embarking on a new body of work. I wanted to do the whole thing with them after that initial trip. It was seamless; sometimes, writing can be really labored.

Your fans have a lot of theories about the "Fresh Laundry" video, can you tell me the story behind it?

There is no right or wrong answer; I know how something makes me feel. I haven't even figured out fully the intricate details or what everything means. I like to put things out that make people feel something that sparks thought and feeling. That video deals with lost identity, past trauma, duality, good and bad, rebirth.

I feel like you're drawn to dark lyrics and lighter melodies.

I don't know why I do that; it's just very me. It just feels like my trademark as a writer. I've always been this woman/girl/kid that loves big soaring melodies but also has these weird dark spots.

"Life of the Party" is pretty dark, on my first listen I was like "wow this is intense."

"Fresh Laundry," "June Gloom," "Life of the Party," even "Madame X" to an extent. I had them in my iPhone notes for one or two years before I even wrote them. A lot of my songs are written that way. I have a lyric written in my notes, and I save them for what feels like the right session. I wrote down, "I made so many friends last night when I was unconscious," it was this idea of being taken advantage of and that being better than being ignored, wanting to be seen so badly that you'll throw your body into something traumatic. I thought "Life of the Party" was the perfect chorus/title for it because you can be the life of the party but not be treated with respect. I thought putting that to that kind of beat was darkly funny.

I feel like you're the champion of the weird kid, who are the regulars a
and do you ever want to be one of them?

Well, that's the question! I still don't know, I was a weird kid, I did my best not to be and blend in, but it never worked. I reached a point in my life where I started to embrace it and accentuate it. From the time I was in kindergarten, I was being tripped by boys in the schoolyard. I don't know I was kind of picturing, 9-to-5 era hanging off of skyscrapers in their suits by their fingertips and being suspended between a corporate building and free-falling—the desperation of being alive, and routine, and society. For me personally, it means a lot of trying to fit in and failing at it.

What would be your biggest challenge in the music industry?

I don't know there's a lot. The biggest one would be lack of acceptance, shady people, lack of honesty. Those are my top three. Being in the music industry is the opposite of wanting to be an artist; the two things are at odds with each other. It's not an industry I like it's just a necessary evil.

What would be your message to your fans?

To live truthfully, there's a whole concept behind the X in my name and it's basically that you're in charge of your own reality. You can see the world how you want to see it and if you don't feel like people around you, like your teachers, or your parents, or your politicians, are saying things that don't make sense to you then you have to create your own vision and your own truth and live life in a way that feels right to you, it's okay if you don't have the answers. That's a big part of what I'm saying too, I'm always asking questions, and I don't always have the answers. Being alive is very abstract; it's okay to be confused.