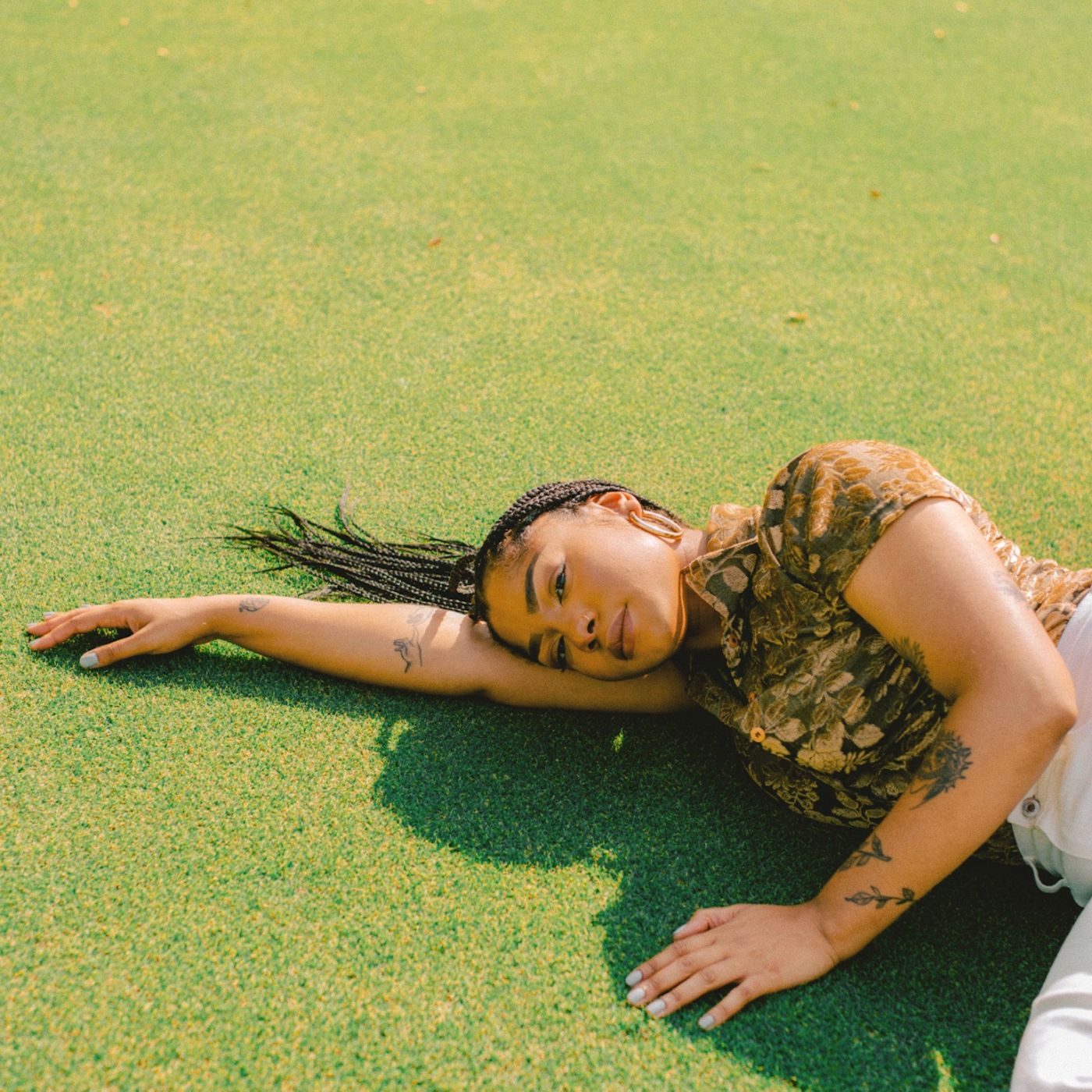 I've been a fan of Amber Ais for a while now, her honest lyrics and her emotional transparency hits hard. You truly feel like you're talking to a good friend about your latest life updates. She has this ability to make her experiences feel so universal. We talked to her about her debut album and her biggest lessons from her mid twenties.

Tell me about your debut album!!! How do you feel having it out in the world?

Amber: My debut album is called Coming of Age, and it is my quarantine album. I think, like a lot of people in the pandemic. I got very introspective, and I realized that I needed to get out of my parents' house and I needed to grow up a little bit. I was processing a lot of relationships, and I was processing who I was and who I wanted to be. Now that it's out, I feel very proud of myself, but it also feels like I'm saying goodbye to that place in my life. I'm so happy it's out because I still very much love it, and I think people can relate to it still, but I've lived so much life in the last two years that those songs don't even feel like they're part of me anymore.

The title, "Coming of Age," holds so much weight. Do you feel like it's the end of a chapter for you?

Amber: I don't think we ever stop growing as people, so no. I'm still very young and still faced with the reality that I'm a real adult. I don't know if the dreamer in me will ever die, but I think this era of glittery and nostalgic pop is over. But again, I think sugary pop music is always going to be part of me, so yes and no! I want to grow sonically and personally in general, so I think that will show up in the next era of music for sure.

What else has been inspiring your songs lately?

Amber: My life and my faith. I don't really want to disclose what's up with my personal life, but my life always seems to feel like a movie for some reason. I don't know if it's because I think I'm such an individualist drama queen that I make everything about me. But I think sometimes my life feels like it would be on a tv show or something. So there's much to write about. Something I do want to write is more love songs! I'm kind of sick of writing about the bad parts of my love life and kind of memorializing the good parts.

What was the best lesson you learned from your mid-twenties?

Amber: Great question! My motto is "Do it scared." and be faithful to it. No matter what it is, it takes risk and consistency to be successful in anything. You should not ever let fear keep you stuck, and you should not ever bow out of anything without trying. I literally had only lived with my parents my entire life, and then last year, I moved to Nashville. I had panic attacks a million and one times, but I still did it because the fear of being stuck was greater than the fear of change.

I think we all feel like nostalgic for a certain time in our life, but what are you looking forward to next?

Amber: While I'm trying to stay present, I am looking forward to making more music, and I'm praying that I make it for a living. I'm always writing lyrics, and I've written so much in the last two years, and I have some ideas that I'm REALLY into. Bringing my music to a more mature place is definitely a goal of mine.