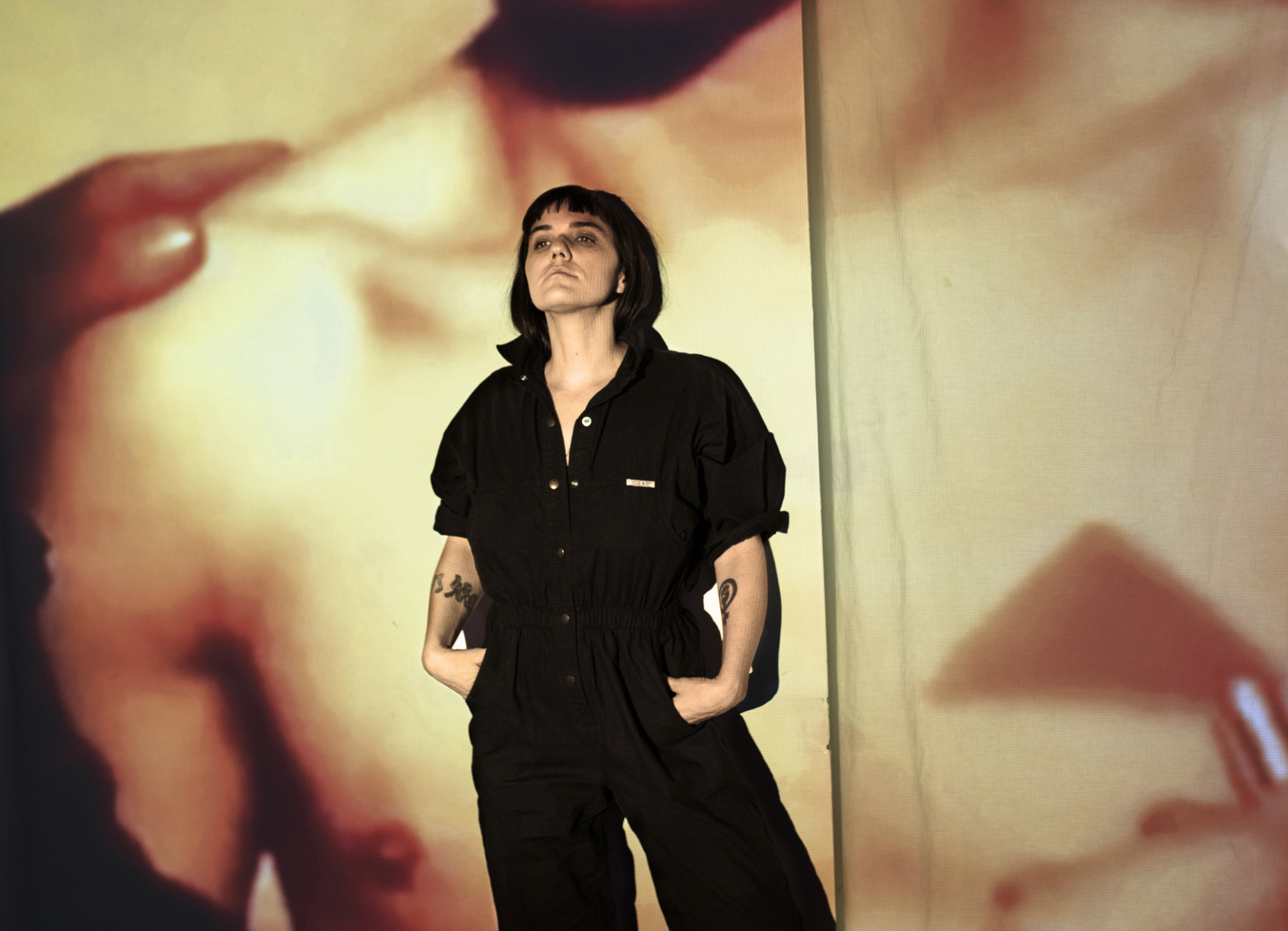 Emily Wells has the most poetic way of phrasing, her latest album, This World Is Too __ For You is an ambitious concept album about humanity. We talked to her about climate change, being a woman, and the book she's been obsessed with recently.

Emily: I got started in music by playing the violin as a little kid. I got really interested in sound and recording and it grew from there.

And how did you make it into your career?

Emily: Ignorance and persistence and willful belligerence. Working really hard and I would say treating it like it was my career before I was making any money. Giving it the same amount of time and investing in it as if it was my full time job until it was.

Emily: The biggest challenge for me was being a woman in some ways, its a big challenge, I don't mean that as a cop-out. I've been talking a lot with my friend who's touring with me right now, but gender isn't a genre. I often get grouped with women simply because we're women. I find that to be insulting to us women in a way. It doesn't prioritize our artistic credibility but our gender. I think that's a challenge and so many of the realities of this business are controlled by cis white men. Whether that's at the top like labels or when you're touring like the sound guy or tour manager.

Whenever a band has all women and it's a "girl band" so all bands with boys to me are "boy bands" I hate that.

Emily: I'm on this European tour right now and there are a lot of younger women and girls that are at the venues interning more so than boys and I'm really encouraged by that. I'm sensing a lot of curiosity on the technical side from girls.

I think that's really going to change things. More women on the technical side.

Emily: It needs to get to the point where it's not noted.

For sure! Tell me about your recent album.

Emily: I was thinking a lot about the challenges that we face regarding the planet and the climate but also our humanity within that. There's a lot of love and sorrow for humanity in this record. I tried to go inside of it instead of observe it. It's a difficult thing to make art about. Political art is often difficult because we have a lot of ideas about what political art ought to be. I tried to push past that.

I feel like we don't hear a lot of albums about climate change.

Emily: Climate change has become this weird idea of like Al Gore's problem and climate crisis is also migrant crisis and capitalist issues and all these things are completely intertwined. So it's not an album about climate change but I think it evokes a certain image for people, so it's just as multilayered as the issue.

What get's you inspired to write, what's been inspiring you lately?

Emily: I just finished this book by Olivia Laing called "The Lonely City" and it's just an unbelievably beautiful book. It's been my tour companion and I just finished it a few days ago and I'm so lost without it, I'm considering re-reading it. It's about art and artists and loneliness. It's so beautifully written. When I was in Brussels, I had the day off and I spent the afternoon reading and there happened to be this piano that my host's mother played until she was like 95-years-old and he has this four-story old mansion apartment building. The first floor is just the piano and nothing else. I spent that night just in this book and in this piano writing this song inspired by some of the passages from the book. I find that literature tends to bring itself to me and let me bring myself to it. My work always finds a home there. It's funny everything you encounter has the potential to be a part of the song. Especially touring and seeing so many faces and landscape and even if I don't specifically write about them, they're there in a way. Like I was saying about the record, it's a love for humanity, these encounters feed that love.

What's your best piece of advice for young women that want to make music?