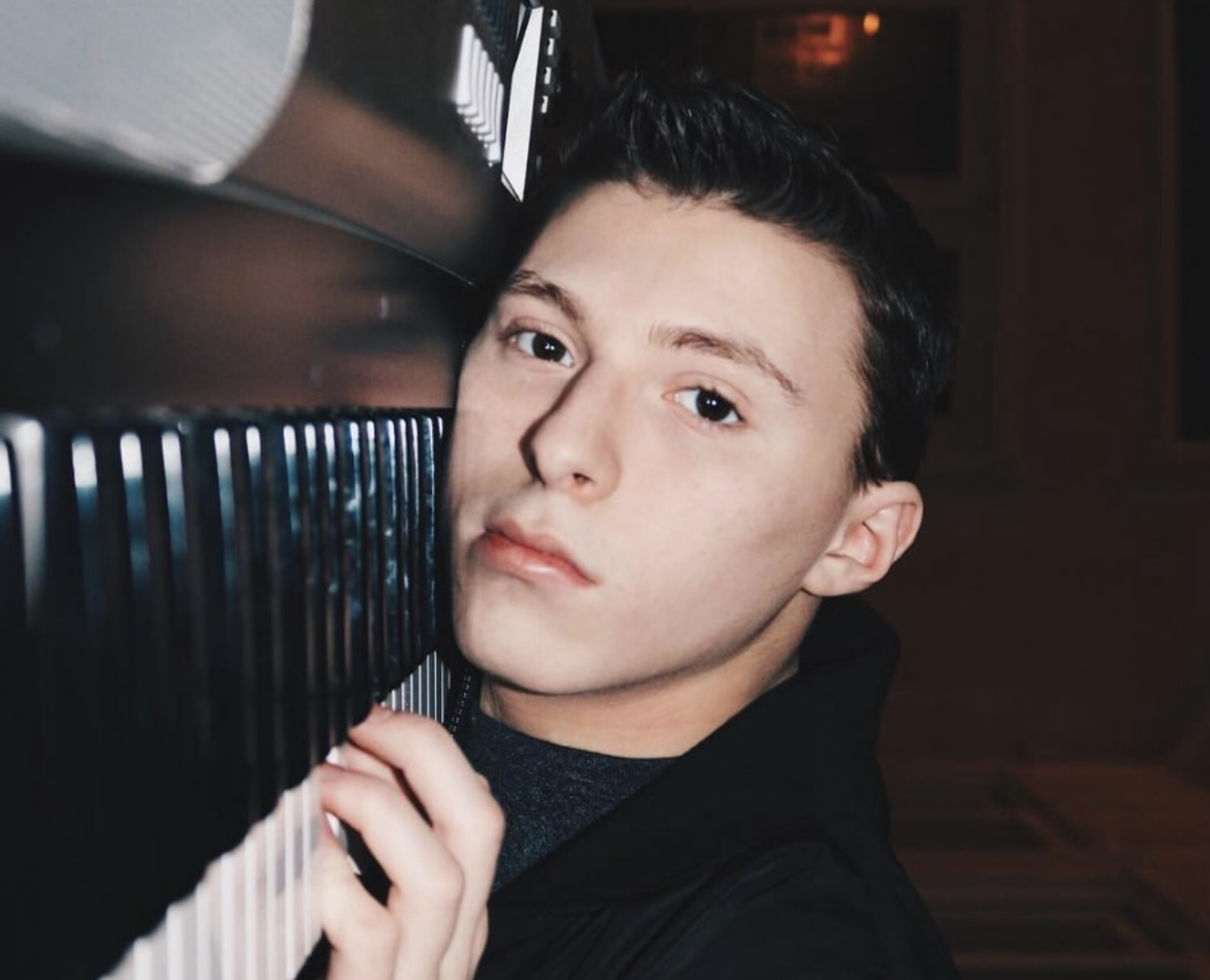 David was always playing with toy keyboards as a kid and he started writing really young. He explains, “One summer, a few years after experimenting with songwriting and taking some piano lessons, I went into a recording studio and recorded an EP. In 2013, I had a CD release party and Marc Delcore, Britney Spears’ music director, saw me perform. He & I worked on songs following the release of my first EP, and I’ve looked up to him as he’s shown me the ropes.”

He describes his sound as “standing in the middle of a pop/alternative vibe with some rock elements.” David was able to produce all the songs on his most recent EP “Silhouette." He explains, "Having the freedom to write and produce allows me to constantly play around with new sounds and figure out which ones I like.”

Citing artists like Lady Gaga as one of his biggest inspirations, David says, “Since I was a young kid, Lady Gaga has been a huge influence in my life. I remember, while watching a video of her singing an acoustic version of “Paparazzi” at the piano, I realized that a pop song could start as a ballad. She uses her voice through her art and writes her own music, which I admire. I just saw A Star Is Born, and it amazes me how talented and true to herself she is. Of his other influencers he says, “Currently, one of my favorite artists is Halsey, who has done some brilliant concept albums. And of course, Taylor Swift is an incredible songwriter. I’d love to just hang out with her and talk about life; she seems really cool.”

A huge part of David’s music focuses on charity work and writing socially conscious songs; he wrote “Heard it at Sunset” about the Boston Marathon Bombing which helped raise money for the One Fund organization and wrote “We Could Be” for the Hatfields and McCoys nonprofit. Of the latter, to be released at the end of 2019, David says, “The song embraces unity during these times when so many modern-day Hatfields and McCoys are fighting and dividing the country.”

These songs line up with overall themes and vibes of David’s music, overcoming obstacles and fighting through pain. He says, “we all have so much pressure on us, you know, teenagers and young adults more than ever before. I want to give people music that gets them fired up. Whether my songs bring out the positive feelings in people or the more intense emotions, they are both necessary in finding a voice and figuring out your identity. Hopefully, my music is a guide for young adults as we all grow up in this crazy world, but also an outlet to get people THROUGH times of pressure. I’m on my journey, figuring out my voice and identity. The younger generation of people needs more encouragement of independence and the vocalization of our opinions because we, too, will be voting on issues and calling the shots in the near future.”

“This Place,” one of his most recent releases is a song about the darker aspects of the world we live in. David describes, “[It’s] a reminder of the flawed parts of society we exist in. I spent time processing everything I had observed, both in my small town and across the country and created a vivid scene for the listener. People may find themselves traveling to ‘this place,’ only to realize that they are already living within this violent and shit-talking world.” Laden with dark imagery, the song offers contrasts to the yet to be released his single “The Inside” an “R & B inspired song about the party scene in a town.”

David describes “The Inside” saying, “It’s more upbeat than “This Place.” But the song talks about social boundaries, as well as being exposed to some of your first parties as a teen. I worked very hard on the production to make it spacey at some parts, and heavy-hitting at other spots. Very fun and playful.”

As for his advice to others starting out in the music industry, David says, “Consider other people’s opinions, but listen only with one ear. You should trust your own judgment and don’t lose sight of where you’re going. It would be stubborn to completely ignore the ideas of other people. But, ultimately, this is for you, and if you can’t make your own decisions, you’ll lose track of more than just your identity.”