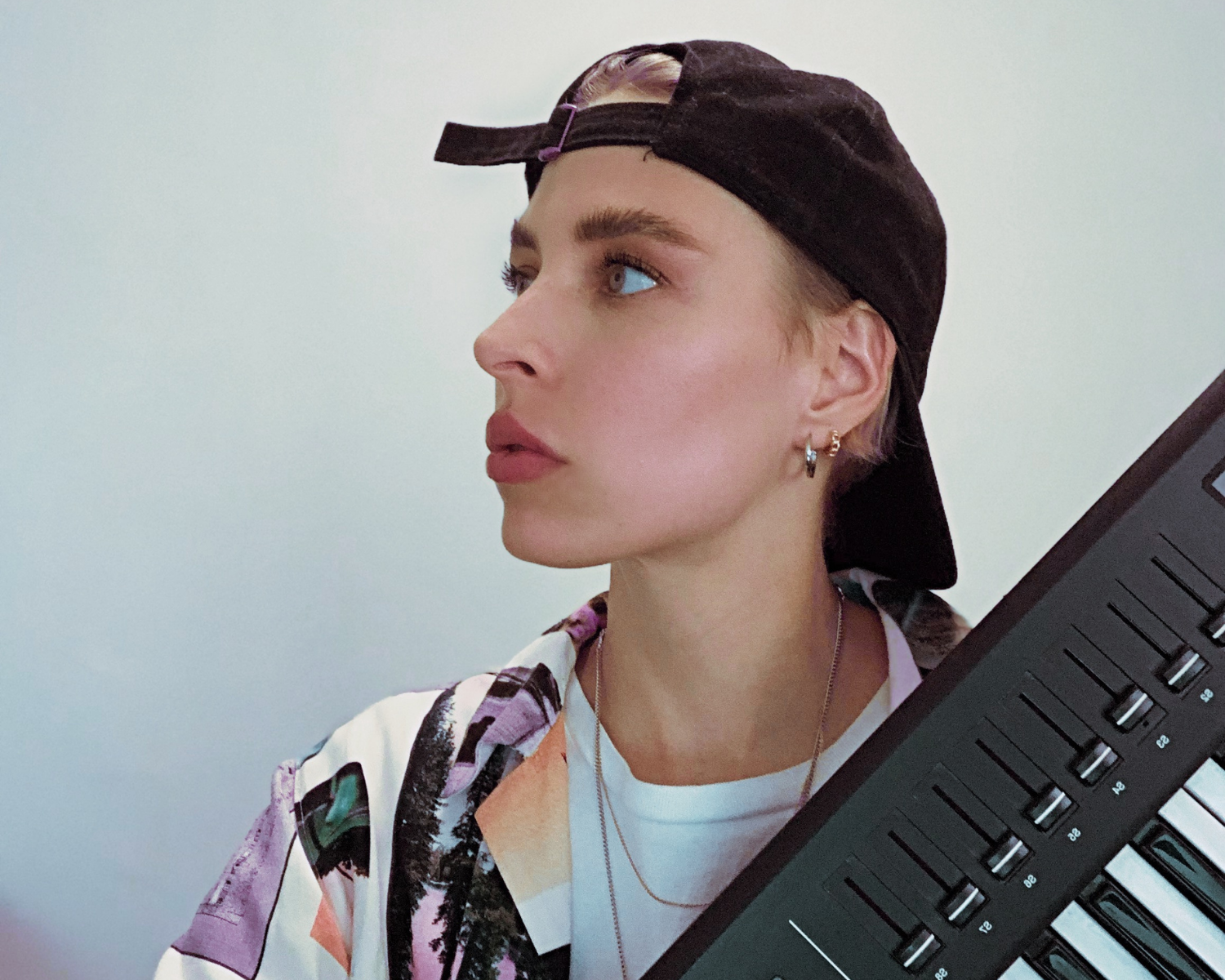 I first found Molla Roi's music on TikTok where I was immediately hooked by their chromatic, shimmering music and unique voice. With their new song "High Beams" they dive into a new level of production with gorgeous layered vocals and the kind of intensity that you can feel immediately. We talked about the challenges they've faced and their creative process.

Molla Roi: It's weird because I did everything backward, but right after I got sober, I found a lot of peace making up little songs on this small Casio keyboard. I didn't know how to play, but I used my voice to kind of string it all together. They were all terrible songs, but it just felt so "right." I also come from a very musical family, so music was just a huge part of my life growing up, thanks to my grandma, brother, uncle, parents, etc.

Was there a defining moment where you knew you wanted to pursue music professionally?

Molla Roi: There were honestly several, and I fought every single one of them out of fear. I told myself this isn't viable. It's scary. I'm not good enough. There's no market for someone as queer as me, etc. Yet I was watching other people pop off left and right on social media with music success. I wanted what they had. I wanted to share my art and my voice with the world. So I finally put my ego aside and just went for it, no matter how stupid I looked or felt. I started learning audio production, a little piano, and locked myself away for hours at a time making songs that may or may not ever see the light of day.

Tell me about "High Beams," what's the story behind it?

Molla Roi: "High Beams" really took on a life of its own once I threw chords down with some lush, layered synths. I immediately heard/saw this otherworldly scene. I wanted the chorus to hit like an undeniable wall of sound, so the words "high beams" just felt natural. It's meant to mimic that intense emotion you feel when one girl meets another girl. There's really nothing else like it. The verses felt more exposed and brutally honest as I referenced disassociation and shame, etc. I wanted to cover all of those prickly little anxieties (especially as a queer person who struggles with mental health) that emerge in a new relationship. Most importantly, I wanted this song to include varying vocal pitches because it's one small way I can showcase gender fluidity. I absolutely love experimenting with my voice and did a lot of the weird sound effects in this song using vocals.

Do you have a songwriting process? How do you find inspiration for writing?

Molla Roi: My process is evolving in real-time, and one thing I will say for myself is that I am not afraid to explore different avenues for creation. Sometimes it's a weird sound I hear, or words I see on a billboard, or maybe a fragment of a song just pops right into my head. A lot of times, though, I open up Ableton, I just start playing chords and see where it goes.

Molla Roi: Hands down, confidence. I am really mean to myself sometimes. That sounds so simple and silly to say, but it's just the truth. I've got the most amazing, supportive wife/recovery friends who have loved me thoroughly in times when I couldn't love myself, and I genuinely think that has been what's helped me move forward. I'm now much more able to step into the creative flow and let the energy go through my body versus trying to manhandle it.

What would be your best piece of advice to your younger self?

Molla Roi: Get sober. I got sober at 22, so I arrived as soon as I could, and I'll take it! Jokes aside, I'd tell myself to hang the F on because who I am and always have been (nonbinary, awkward, gay) is worth keeping.

Keep up with Molla Roi on TikTok, Instagram, and Spotify.