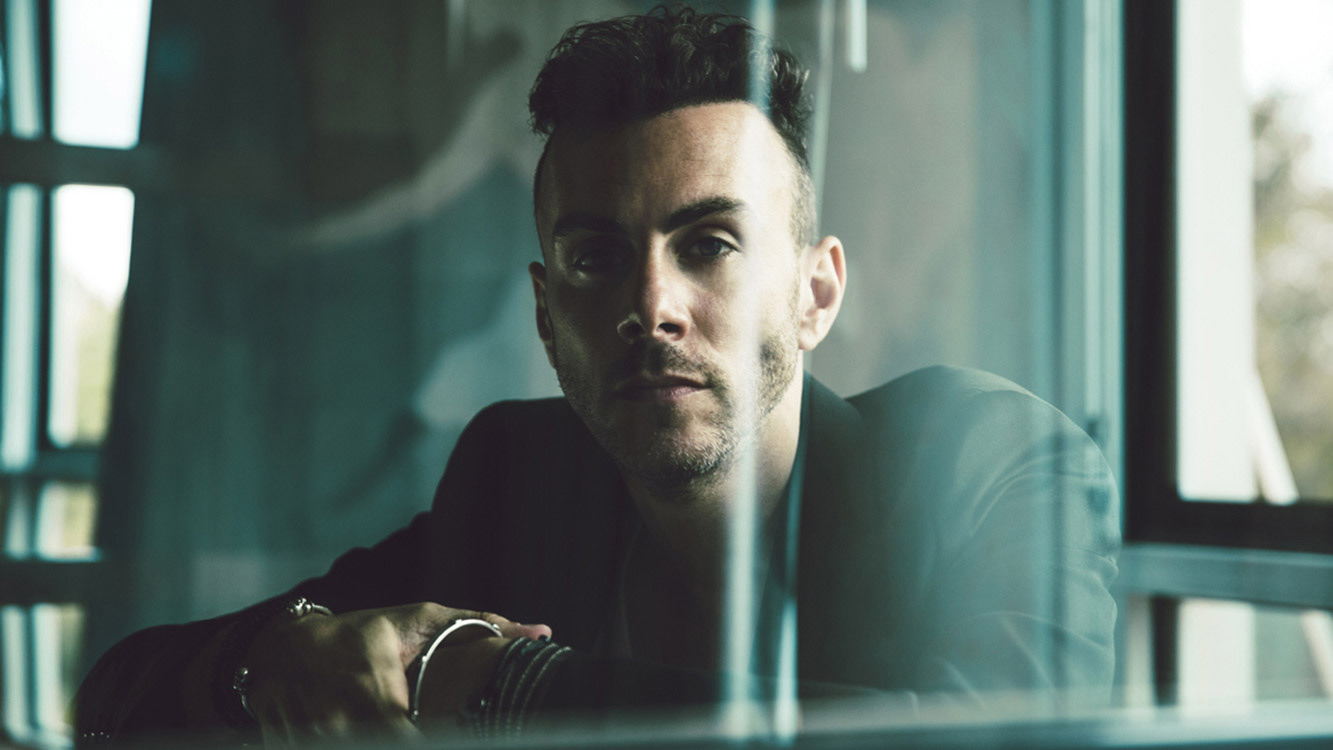 That’s how Avidan’s “The Labyrinth Song” begins, with allusions of Greek goddesses and intricate rhyme schemes. This is poetry. The way he evokes the goddess Ariadne, the build of the song, the story of a man wandering, lost and trapped in the labyrinth of his past and unable to find a way out. He’s caught the attention of NPR and captivated Europe and Israel. His voice has been compared to Nina Simone and Janis Joplin. His lyrics could be compared to Leonard Cohen or Bob Dylan. I’m being completely honest when I say he could be the best lyricist of our time.

When I first heard “The Labyrinth Song” I stopped in my car and cried, then listened to it on repeat for the whole day deciphering every word. I never had this kind of reaction to a song, it was so instant. I couldn’t control how I was feeling it just overwhelmed me and I couldn’t explain why.

I asked Asaf about the story behind it and he explains, “Theseus the hero, one of the four great heroes going to slay the minotaur inside the Labyrinth and Ariadne the princess helping him by giving him a ball of yarn so he would tie it to the entrance and find his way out again after he defeated the beast. I often wondered what would happen if he didn’t take that ball of yarn. If he was too proud, too broken…too me…to except that gift…too suspecting. He would be stuck there…hearing her footsteps as she dances above that Labyrinth waiting for him.”

It’s a narrative, but what makes the song so moving is the way the chorus progresses. It doesn’t repeat but it builds. He starts with, “Oh Ariadne, I am coming, I just need to work this maze inside my head.” Then, he changes it from “inside my head” to “inside my mind” to “inside my heart” and as he goes through the song the character slowly gives up. He abandons Ariadne. That’s what makes it so sad. He isn’t the triumphant hero, he was too proud to accept her help and has to live forever with his mistake.

Oh Ariadne, I was coming, but I failed you in this labyrinth of my past
Oh Ariadne, let me sing you, and we’ll make each other last

When the ‘Into The Labyrinth’ tour was announced I knew I couldn’t miss this opportunity. I bought my plane tickets to New York instantly, without thinking twice. I’ve never been more nervous in my life to talk to someone about their music. This was my Bob Dylan, and I was seeing him in this tiny venue. It was a religious experience for me. In modern music we don’t have a lot of poetic lyrics. We have a lot of simple rhymes and music about partying, because that’s what sells. Avidan doesn’t give into that culture.

Despite his advanced lyrics, Avidan found songwriting late in life. He already had a career in animation. He used it as a tool for self-examination after a breakup. He never even thought about his vocals, he merely felt like singing his words was a cathartic way to get through this time in his life. 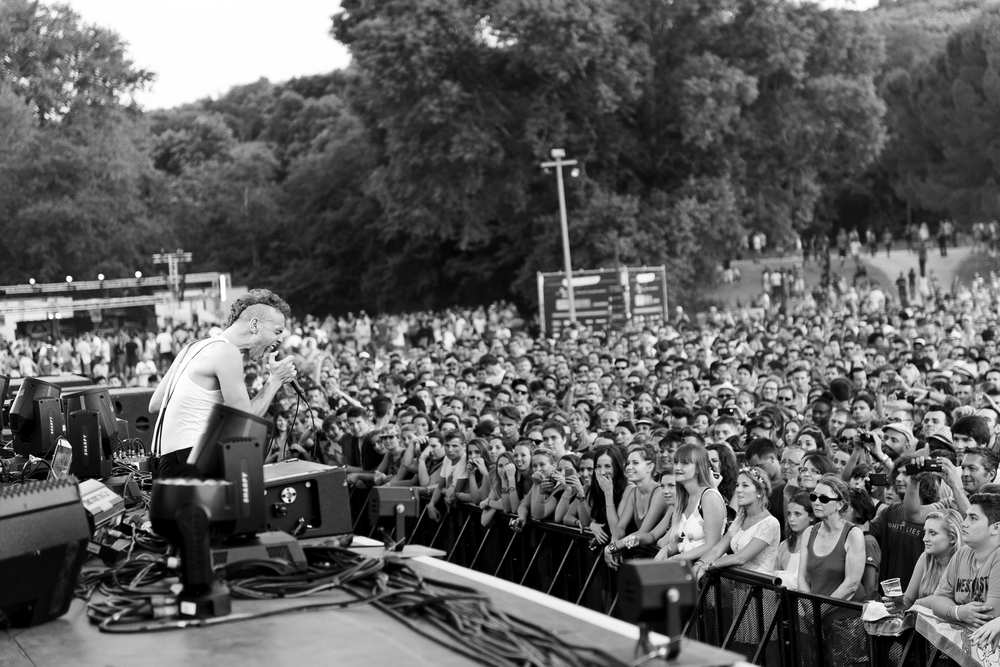 That pouring out of emotions was immediate and raw. Something he feels like people shy away from. Avidan is completely honest with his lyrics even if he doesn’t want to be. He digs deep for his lyrics, constantly questioning if they were good enough, if they were honest, and if they had the merits of the songwriters he admires.

He says, “It’s almost like digging for water, at the beginning you find water very close but then after you drink that water, you dig a deeper well and a deeper well. Every time I write these songs it gets harder to be honest. Sometimes there’s still that pure complete stream of consciousness writing but sometimes it’s suffering, kind of whipping myself to get it there.”

That passion in his voice is what connects with his audience, every vocal break and every shout comes from pure emotion. It’s not perfect, but it isn’t supposed to be. It’s a direct representation of his feelings. In his 6th album Gold Shadow, the songs are all so different but have this cinematic quality. The one thing that ties them together are Avidan’s intricate lyrics, distinctive vocals, and the story of his relationship.

Avidan says, “I always have to put my whole self into my body of work, I feel like I’m confident enough and mature enough to stand behind the songs and my voice that ties them together. We can have very different production styles but it’s a concept album about one specific breakup happening. So it was this weird thing that the relationship was like tectonic plates slowly shifting away from each other, and I was helpless. That album carried that statement of the relationship falling apart and knowing from the beginning it was destined to do that.”

When he took the stage at Rough Trade in Brooklyn, he was alone and surrounded only by his instruments. The room was filled with locals, but more impressively, a group of Europeans, and other fans, like me, that flew in to see him. He sang each song with more passion than I’ve ever seen in a performer, he shrieked, he screamed into his guitar, and at times he looked as if he’d break down in tears, like the songs brought up all those past emotions and heartbreak and I could feel it in my skin and down to my core. The audience was so quiet you could hear a pin drop and I was shaking with tears in my eyes. 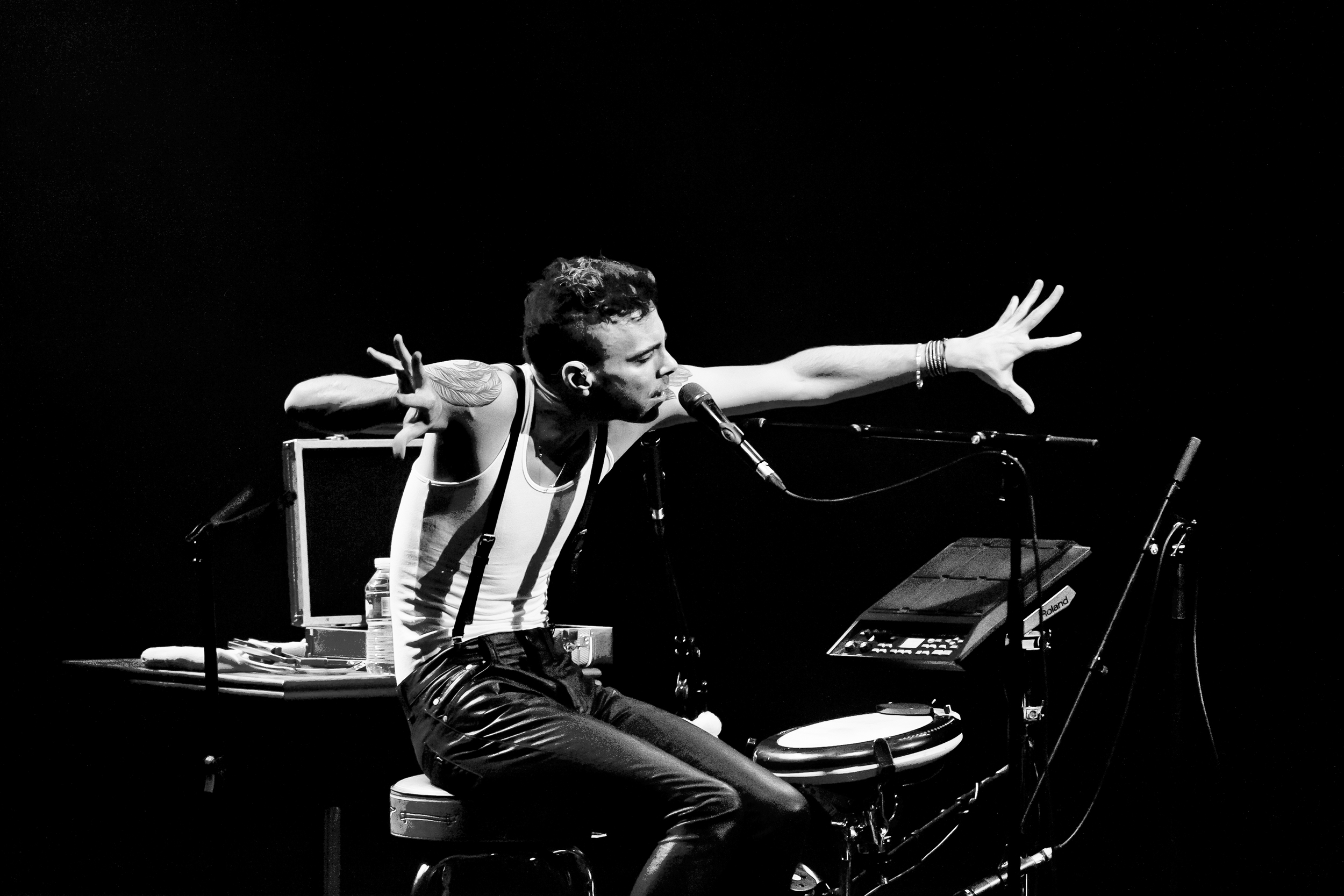 Later, over a glass of whiskey, and soft guitar strumming, Avidan told the story of how he once gave in to searching his name on the internet, and how one French reporter compared him to a wounded cat. Now, to many musicians this would be viewed as an insult but Avidan took it as the ultimate compliment.

He said, “Now anybody who’s ever lived in a zone populated by a feline community, they have inevitably seen the conjunction of cat and car, and when the solid hood that speeding car hits that soft body of the cat, there’s a moment, a pause, a tear in the fabric of time, in that moment the cat realizes that the end has come…he doesn’t go quietly, he doesn’t fade away, he spasms, and twists, and jerks and contorts and leaps. In that moment of knowledge and truth, that cat is living the entire human experience. Which is to know and understand our own mortality, knowing that we are finite but contorting and leaping and spasming and saying that we will not go quietly.”

He’s proud to be that cat. He’s wounded but fighting. He strives to give his audience all of his honesty so we can be like that cat too, not flinching, not going quietly, but embracing every moment.

When I asked him what he’d like his fans to know, he laughed and said, “I’m not a preacher or missionary and I’m hardly able to sustain my own presence in this world. I would want them to know something about themselves, I see so many people knowing the answer, because they’ve been told or they’ve lost curiosity. I don’t want them to know anything from me, I want people to always ask questions about themselves and the world.”

If you get the chance to catch Avidan on tour, I highly recommend it. Find his tour schedule here.

Watch this amazing Tiny Desk Concert for a similar effect: