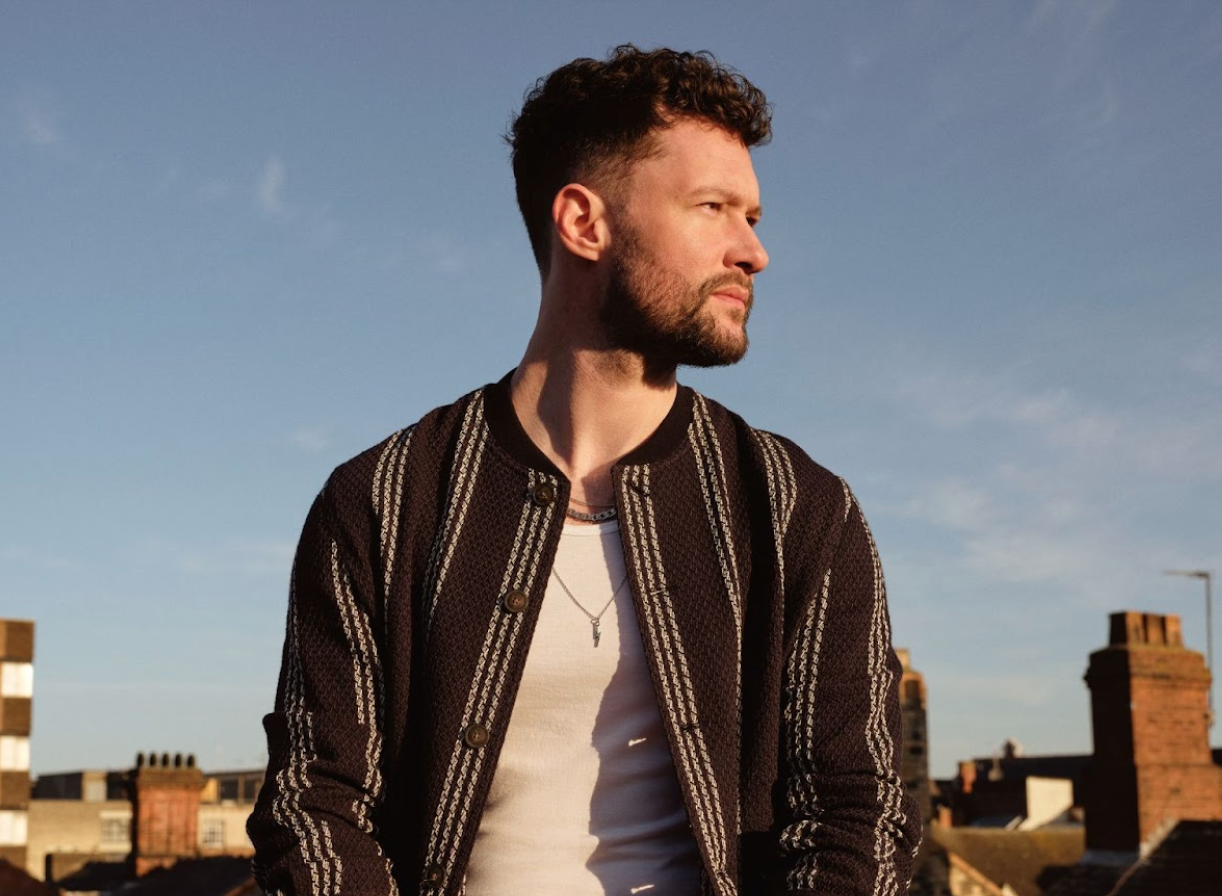 Calum Scott has a voice that I absolutely adore. His music is the perfect soundtrack for when you're getting your day started with a cup of coffee or unwinding down for the night. When he released "Biblical" a month ago, it was such a transformative track that I couldn't wait to sit down and talk to him about what he's been up to and what this next era looks like for him. While we can't say much, we can say we're as excited as he is.

Tell us about the process behind creating "Biblical."

Calum: "Biblical" was kind of a rescue song for me. I had left America in November 2020, and I had a two-week trip to LA, and a two-week trip in Nashville booked, a spot with my favorite writers. When I left, I came straight back to the northeast of England. They went straight into a lockdown. Those conditions proved really difficult for my mental health. And I can be quite destructive for my mental health if I'm not checked in on.

So for my music, I was totally demotivated. I was looking through my catalog of stuff that I'd written for the second album, and it was tearing it apart and thought people are gonna listen to this. Aren't going to listen to that. I'm not going to be relevant anymore. And it was really destructive.

And my producer, John McGuire, with who I've written "You Are the Reason," stayed in touch with me and was aware of how I can be with my mental health. He told me about this idea and sent me a virtual demo which was the bones of "Biblical."

As soon as I had it, it was the same sort of feeling I got when I recorded that song of my own for the first time. It was magical. It spoke how I was feeling at the time - a song about unquantifiable love, measurable love at a time when it was the most noticeable thing we were separated from.

It's an incredible song we created during lockdown, which I think is why it brings an extra level of magic to them.

I have to follow up and say that your video is so beautiful and artistic - what was the inspiration and process for that?

Calum: Well, firstly, I'm so thrilled that you liked the video. It was an absolute dream to make. I was asked what I saw for the music video for "Biblical," and for me, I envisioned it in space. For some reason, I had this vision of, you know, a couple dancing and, you know, showing affection towards each other in space with that weightlessness and the infinite about the space being represented as the infinite amount of love that they felt.

Especially from the visual perspective. Weightlessness and the elegancy of, you know, the slow movements that really emphasize those moments of love. When we got involved with Franklin Manchester and the guys and said we have a vision of this on the water, it was funny because it's the same sort of thing. You know, the infinite amount of water that there is, you know, it's immeasurable. It plays straight into that better form of what I visualized as well, and the same with the weightlessness. We got to do that in Essex in London. You could feel the energy and excitement of everyone because everyone truly loved what they were doing.

How is this era of music specifically different?

Calum: I think it's a different era of music altogether, not just because of what we're going through recently with the pandemic, but because of the way people are consuming music, you know. As an artist, I'm excited about the different ways people are consuming music because, as with everything, we have to adapt to the way of the world and we have.

I think the way that I personally make music is very much to me going into a songwriting session with my favorite writers, producers and getting things off my chest in an almost therapeutic kind of way, going into just one and just feeling inspired and wanting to create something.

That's the exciting thing about music. You're not bound by anything. You're just free to express yourself however you want. I think that's what makes music really enjoyable. I think, like I said, that the way that I make music is very timeless, and I am to make music.

With it being Pride month and "Biblical" being about love, what does love mean to you?

Calum: I don't think it changes anything. I think it probably just adds to the conversations that love is love, and love transcends everything and everyone. It is felt by all genders, all sexualities from everybody within the LGBTQ plus community and everybody outside. It serves as a beautiful reminder that, you know, love doesn't discriminate, which I think is a gorgeous thing.

And speaking of love, what is your go-to relationship advice?

Calum: I always think it's really funny when somebody says, have you got any relationship advice? Because I'm still very much single. And if I did have any advice, I'm clearly not even following it myself. I mean, I suppose the only thing I would say I imagine is good advice is just to take your time. You know, life is short, but it's the longest thing you'll experience.

Calum: What's next? What's next for me? Well, I've released Biblical and both the single and video. I've done some special TV performances, and online platforms, which I think will hopefully be released very soon. There are also some different live and acoustic sessions, as well as a lot that I'm not allowed to tell you. As far as the forthcoming album, I can't really tell you a release date, but I will say it's the most passionate piece I've ever written. But yes, keep watching this space. Lots to come!