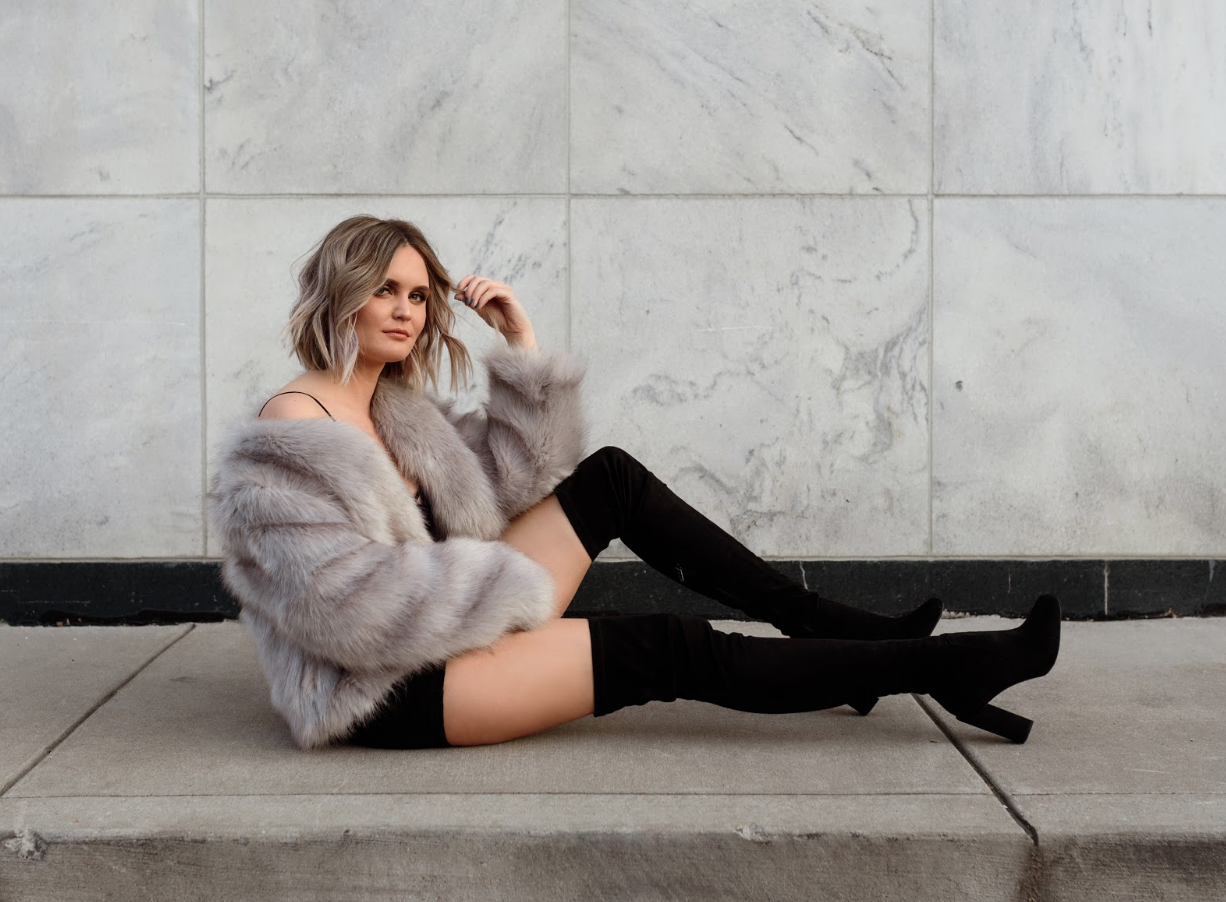 Brit Daniels is not shy about her emotions, but the Nashville pop star just opened a new side with her single, “Deja Vu.” It’s relatable and moody and hypnotic, in a sense. We chatted with Brit to discuss the single, her plans for the year and her journey as an artist.

Brit, tell me about "Deja Vu" and the inspiration behind it?

"Deja Vu" is a really chill, darker pop song, and it's the first one with this vibe that I've written and released, so I'm really excited about it! I was inspired to write this song because at the time I was going through yet another failed "talking"-esque relationship with a guy that I really thought was going somewhere, but about 3 months in realized he was just like all of the others because I started seeing all of the red flags that I had seen in previous experiences. I feel like our current dating culture has this reputation that everyone "wants the benefit without commitment" and wants the convenience of a relationship without any of the responsibility. I see this so often when I start "dating" new people, and I feel like I've consistently found myself saying - "Wow, this is familiar". So, it's almost like when something hits you in the face so many times, you just have to write a song about it!

How did you begin your journey into music?

I honestly can't remember a time without music in my life! It's always been a part of my life, but I was REALLY shy as a young girl. I used to only sing in front of my family until I was about 13, which was when I got put in this really awkward position at school, and this girl told my entire math class that I was a really great singer. So after class I got bombarded by about 15 people in the hallways and pressured to sing for them, so I did this rendition of a JoJo song, and to this day that was still one of the most unforgettable, weirdest but BEST happenings in grade school because it was the first time I was pushed out of my shell. From there, I almost immediately started recording demos in local studios and entering talent shows. As I started experiencing more life, writing became something I loved and started to do regularly, and everything just kind of flourished from there.

What artists have you been listening to lately? What about your favorite artists?

Lately I've been listening to a lot of Ariana Grande's new album, Halsey, Lauv and Troye Sivan's new song, Why Don't We (ugh their song "8 Letters" is SO well written), and then I'm obsessed with Katy Perry and Zedd's new song because it has such a great vibe. My favorite artists are Paramore (hands down will ALWAYS be my favorite), Katy Perry, Ariana Grande, Panic! at the Disco, Selena Gomez and Bieber! There's so many more that I love too, but these have always consistently stayed my favorites.

Women in music is so empowering to me. Why do you think it means to be a female in the industry?

Honestly, being a female in the music industry isn't always the easiest, but it has taught and stretched me so much as a person and a woman. Being in the music industry in general as an artist can put you in such a position of influence, and I think that is a responsibility and a weight that should not be held lightly. I feel like women are always looked at and speculated more in general, so I think it's important for us to be aware that that is still the same in the music industry if not moreso. I love being able to speak life into people on their darkest days and celebrate with people through music on their most happy days- that is something I will never hold lightly. I also think that women are finally beginning to get to a point where they're realizing that in a male-dominated industry there's still plenty of room for all of us females to have our place, so we need to empower and encourage one another rather than see each other as competition. I think once we get that down to a T we'll be able to make waves.

I have so many fun and exciting things coming up this year! I have a few more singles that I will be releasing this year. I have a video for Deja Vu that I'll be releasing in about a month. I have a show coming up in April in Nashville (will be announcing soon). I'm doing an extremely fun cover show in June that I'm excited about, and I'm working on booking more shows throughout the rest of the year as well. I'll continue to be writing and working on new music, and I have a few more fun things that I can't talk about yet, but make sure to follow me over on my socials, and I'll keep y'all updated as soon as I can talk about them!