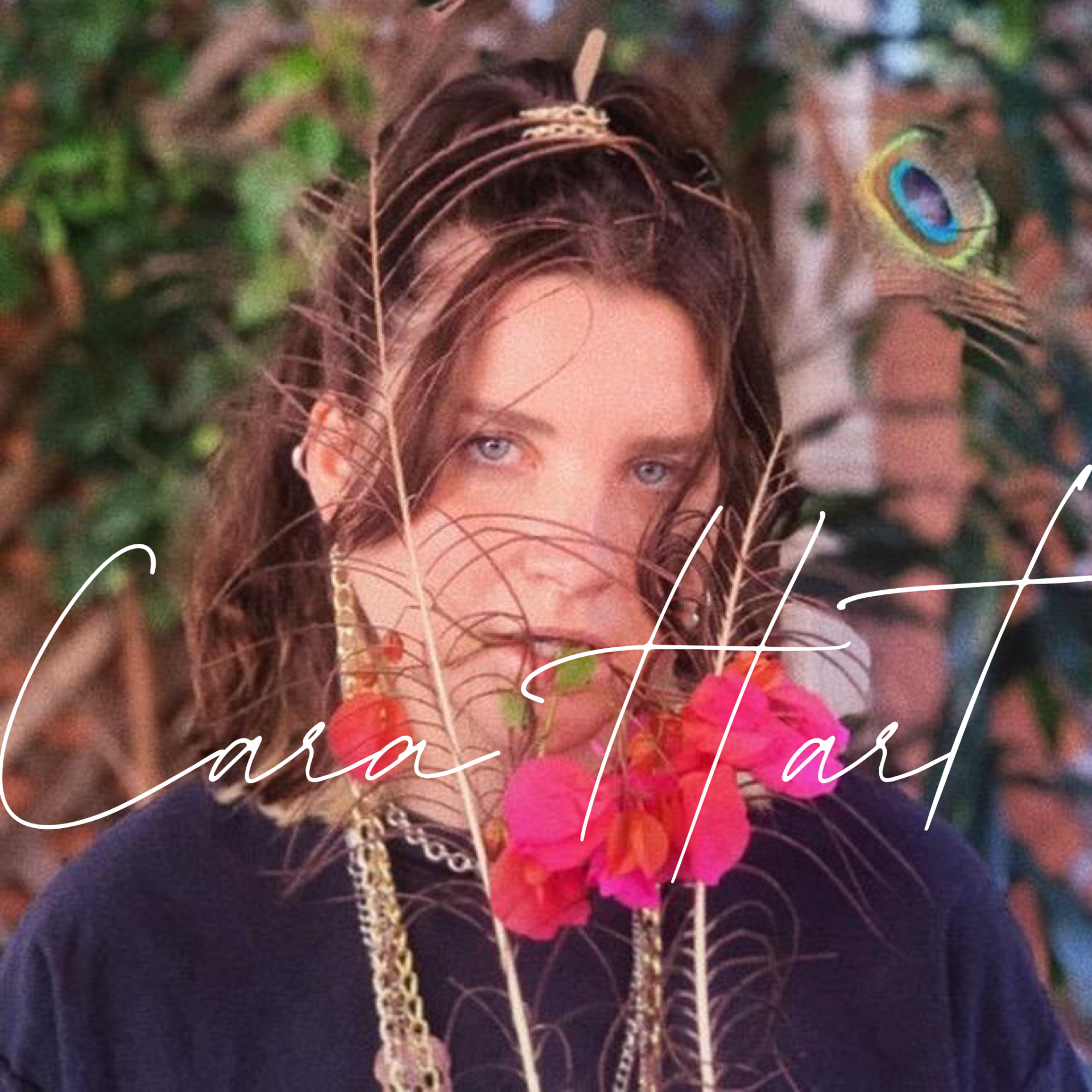 When I first saw Cara Hart perform, I was immediately entranced, she has so much palpable emotion on stage that I got goosebumps. Her voice is so powerful but so soft at times, and her ability to capture a specific feeling is incredible. Right before our mandatory stay-at-home order in LA, I talked to Cara Hart about the impossible standards for women in the music industry and exploring the darker parts of her psyche.

Well, let's just start with how you got started in music.

Cara: I mean, I was kind of born just singing apparently, so any chance I got to sing, I would just sing. I didn't really understand that I was doing anything different. It was kind of like, "Oh. It feels right." Every time something happened at school, or I got bullied or something, I would write a song, and I would sing it to my parents. I'm self-taught at everything, guitar and piano, never really had lessons. I started writing, and people started listening, and it kind of started growing on its own.

And can you tell me kind of about the decision to kind of pursue it as a career?

Cara: Some people just have something inside, like a calling or passion, and everything in my life put me in the path with music. Everything was kind of falling into place, but I didn't really decide to chase it. There was no decision. It was just I had to. It's kind of like there's no other option for me. I don't know how to do anything else in life but make music.

And tell me about your song, "My God."

Cara: So "My God"-- I've been waiting for a very long time to write that song because it's very personal, as you heard. When I was 18, I went to college, and I was really, really depressed. I didn't like it. I felt like I was the weird one. I was very artsy, and I didn't fit in. I moved to London when I was 21, changed my path in life, and was doing business again, and I just wasn't happy. One day I just-- I don't know what happened, but things got really out of hand for me. And I got really drunk and did something very stupid that I put myself in harm's way, and the intention wasn't ever to be suicidal. The song kind of opens up with, I was 21 when I almost died, because I took a bunch of pills. That story is true, but I didn't ever want to-- you don't really think things through when you're in the moment where everything feels so heavy, and you're just like, "Oh, my God. I can't get out of this." I had to get over that hump in my life, and it kind of pushed me to just go after music and be like, "You need to happy." I felt so stuck and lost as a human that I didn't feel like I belonged anywhere, and that moment happened in my life, and I've spent four years trying to find the right words to speak out, and break loose from the fear of being vulnerable with my fans in the audience, and be okay with my past.

Was it hard putting that out into the world?

It's so important to show those kinds of darker elements because it is, I think, what kind of brings people together more as not everyone can relate to songs about being super happy and in love, you know what I mean?

Cara: Exactly. And I feel like I always sugarcoat; I always want to hide part of me. Which is why I have half my hair dyed dark, and in the back, it's pure platinum. Because I feel like I hide my darkness, it's a good dark; it's just I don't show the world. It comes through in my music, and I keep looking for songs that I relate to like that, and I can't find them, so I just decided to write them myself.

You're right, it's like that is what binds us together, and now maybe people should talk about that more especially now when mental health is an issue that we need to talk about. And how in the music industry, do you take care of yourself?

We are so similar! I love it. When I have a nice clean apartment, I'm more productive. I feel richer, for some reason. I feel like I'm living this nice life in my shitty apartment when it's clean and organized. What has been kind of one of the biggest challenges for you as a woman in the music industry?

Cara: It's really hard. You know what? My weight, my physical appearance, which is really dumb, but that's something that still, today-- I had to do a shoot. And I was like, "Oh, I don't want to show my arms." And I'm like, "That's so stupid." Because men don't have to go through that, I feel like we are put in such a position where it's like if you're not the hottest chick in the room, then you're probably not going to get signed. It's tough. You're always still comparing yourself. So the hardest thing for me is, honestly, the physical appearance. I love myself, but my body is something that I torture constantly.

I feel like men definitely don't get as much criticism for their bodies or how they look.

Cara: There is no winning. And they say it's changing, but it's honestly not. Because women, we're looked at. We're always looked at.

And on a positive note, what would you say has kind of been the highlight of your music career so far?

Cara: The growth, the meeting people, the challenges I've gotten through that have led me to magical moments. The way I look at life now is so different. It's just once you make art, you kind of start seeing art everywhere, and magic everywhere. I repeat "magic" a lot in all of my songs because I genuinely do believe in magic. I think that if you believe in it, it kind of manifests in your life, and the more I grow and the more I see and the more I hurt, as well, the more beautiful everything becomes. So that's definitely a highlight.

That's so true, and do you want to talk about your upcoming song?

Cara: I'm trying to be more authentic with what I say and be more outspoken. "Run" is basically-- I went to-- it started off because I went to GRAMMY Week, and I was in all these rooms with these people, but I just felt so lost there, and I got really anxious, and I was drinking-- overdrinking and feeling very out of place. So I realized that every time I get nervous, I kind of run to this place that's not very good for me. It's a little bit toxic. I was like, "Okay, I need to learn how to handle this because I don't want to run from it. I want to learn from it." And so that's kind of the meaning of "Run." It was just like, "I think too much, so when I think too much, I do too much. When I do too much, I feel really low, and I'm just running away, but I don't want to run from it anymore."

I love that. I have such impostor syndrome sometimes when I'm at those parties, and I feel like, "Oh my God, I'm so annoying, and everyone hates me," and then I will overdrink.

Cara: Literally same. It's hard, though, because it's like the alcohol kind of brings out an "I don't really give a fuck. I don't care," and then the next day...

Yeah, and then the next day, you're like, "Oh my God, was I totally embarrassing? And I have friends who are like, "I don't remember anything." And I'm like, "I remember everything." And that's my burden.

Cara: Same. I remember everything, and you repeat it over and over again in your mind, and you're like, "Maybe I should just never leave my house again," but I love my bad side. I love my dark side, as well. I kind of enjoy being the bad girl when I go out, and it's like, are you enjoying it, or are you running? There's a fine line.

Cara: I'm exploring myself right now, and I'm exploring who I am without any fear of judgment, and it is always a terrifying thing to kind of be like, "This is me, world," and, "This is me, family. I hope you accept me for being me because I'm an awesome person." I'm a good human, and I'm just going with it and riding with it and just not overthinking. I overthink everything, and I don't want to think anymore.

I feel that. And what would be kind of your best advice to young women?