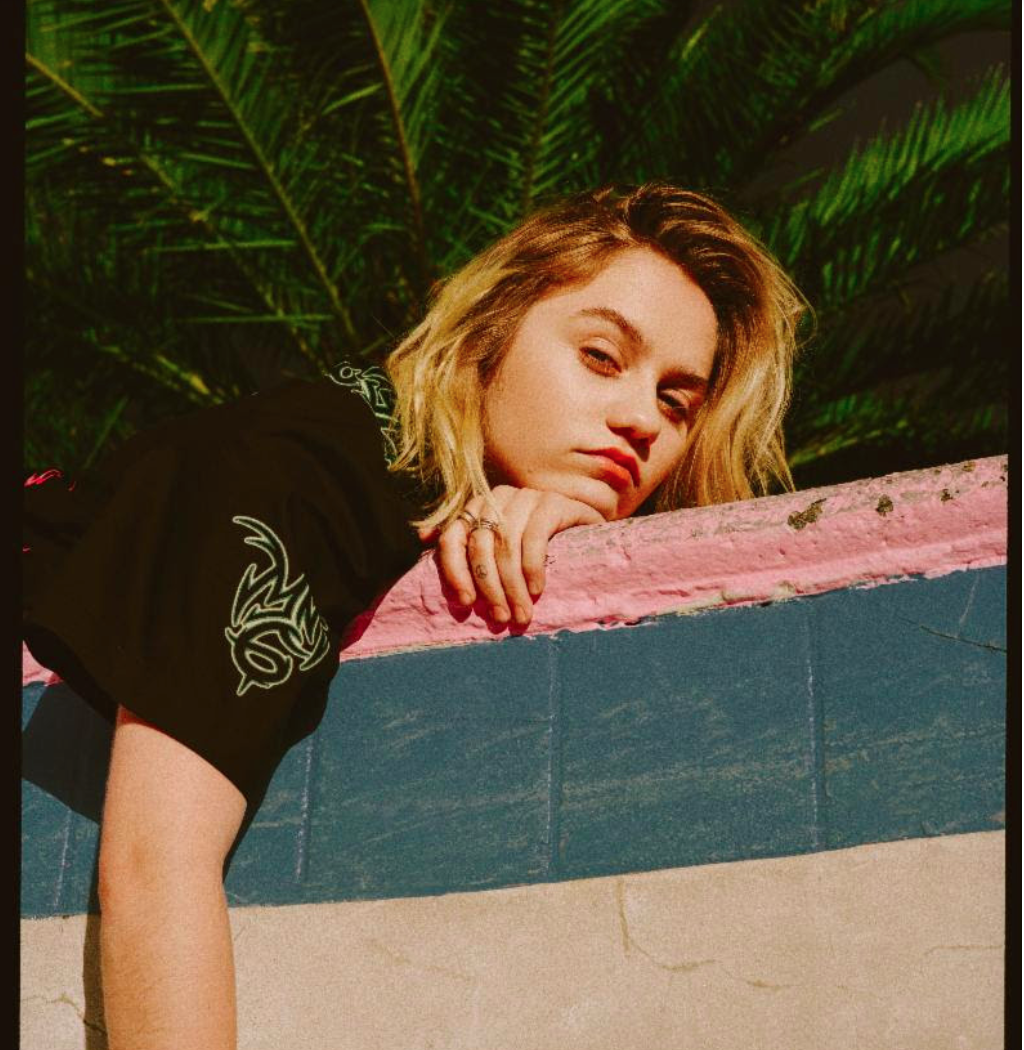 Carly Hanson first came on my radar with her singles, “Only One” and “Us.” Since opening for Troye Sivan, appearing on Taylor Swift’s latest playlist and releasing her EP, “Junk” it’s obvious she’s not going away anytime soon.

So much has changed between the Troye show to this point. “After a performance, fans will come up to me to tell me how surprised how much rock my show is. If you listen to the tracks, they’re very poppy, but with my bandmates on stage, the dynamic is just so fun and very rock.”

“It doesn’t feel like I’m the only artist. It feels like we’re one unit just bouncing off each other’s energy.”

Carly’s been writing and curating this EP for the last two years and the hard work has shown. “I wasn’t sure of the final songs until the last couple of months, and it’s just like I kind of vomited out my diary into a project.”

She elaborates on why this project was so special and personal to her. “All of the songs are personal to me, and have come from notes I’ve taken in my notebook and the melodies stem from voice memos in my phone.”

“The title came from this, actually. These were all just junk to me and it just turned into this project that I’m very proud of. It was just so easy. I had zero frustrations putting this out.”

“I’m proud of all the songs, and I love how “Hazel” has resonated with my fans, but I really love “Back In My Arms.” It’s just a song that I can bang the shit out of in my car. And “WYA.” This one is so personal because it’s a message to my future self. I love that at the beginning you can’t tell if I’m talking to another girl or not, but at the second listen, it’s me talking to my future self.”

We end the call discussing her insane confidence and the quick success she’s had in the last year and she simply says, “I was just a girl from a small town in the middle of nowhere Wisconsin working at McDonald’s. And If I can do what I’m doing now, anyone can do anything.”

“I think you just have to be confident. Growing up with two sisters and having a supportive mom really helped me. I’m literally from a town of 15,000 and I hated school, and now I’m in LA touring the world. Don’t listen to the people,” she tells me.

“You do what you want to do. Just have confidence and trust.”

Carlie will be touring in Australia and New Zealand in the fall with Lauv so until we see her again in the states, we’ll just have Junk on repeat for the summer.