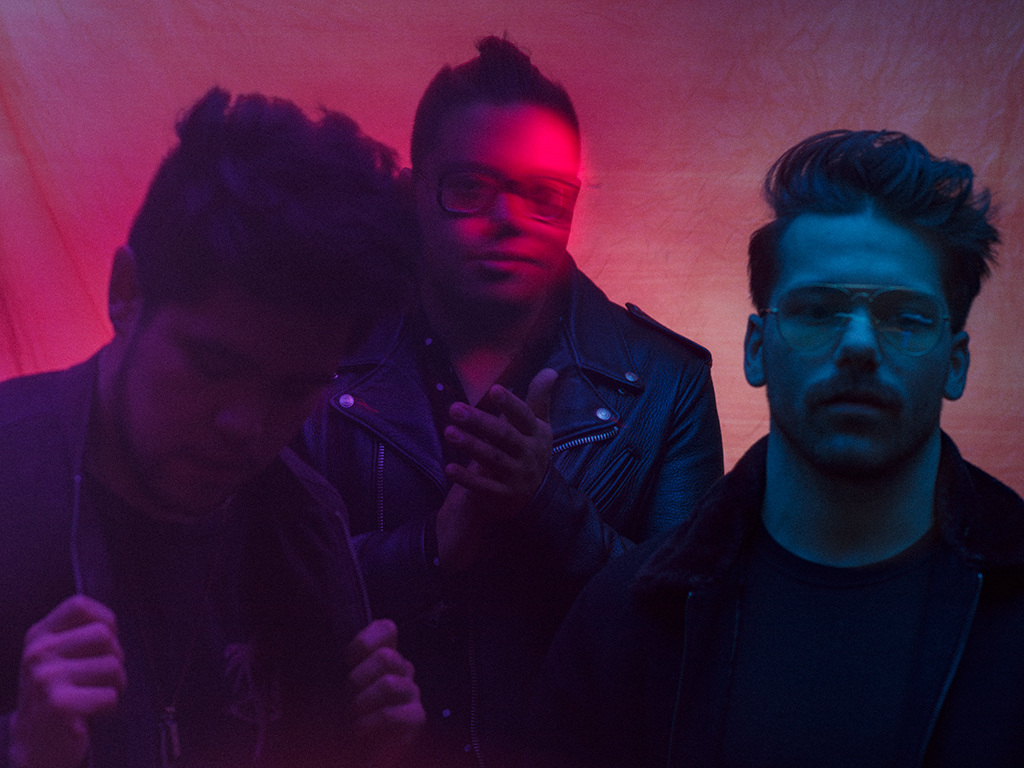 If you've been with us at The New Nine for a while, you know that we are all big, big fans of A R I Z O N A (the band, not the state). We sat down with them back in May at Coachella, but honestly, a lot has happened with these guys since then. So, with the release of the long-awaited sophomore album, titled ASYLUM, I jumped at the chance to talk to lead singer, Zachary Charles, about the album, band dynamics, and life on the road.

A R I Z O N A recently wrapped a US headlining tour, dropped the album, then headed to Mexico where they could finally play new tunes from ASYLUM. According to Charles which consisted of "the best type of shows that you could expect." However, the highlight outside of these successful shows? "It was basically just, uh, live fast, eat tacos. Yeah, that was Mexico." I think anybody reading this can agree that those are definitely some words to live by.

Not just living fast to eat tacos, A R I Z O N A has spent the better part of the last two years in their creative process, even though they spent a lot of that time out on the road performing. I was wondering how the band was feeling now that ASYLUM is out for listening. Charles shared with me that getting here wasn't easy, needing to leave things "half done" and come back to it sometimes left them in an uncomfortable spot. However, one thing I was really interested to hear is that this album, ASYLUM, was just that, an asylum, for these guys.

Charles mentioned the double entendre of the term and explained that while it's meaning is to be a safe space, but also a place you go when you feel like you're going insane. Not only that, but they were also driven by the common goal of how they want their fans to feel when listening. He explains, "Kinda everyone is like that, it's a reflection, in a way, that can maybe carry people through things when they hear it."

When asked about his favorite track from ASYLUM, Charles didn't hesitate before quickly stating "Still Alive." He says, "We have a lot of interesting songs that maybe feel good and they're just very upbeat or fun to listen to but again, these songs have very interesting messages behind them. Still Alive is a way for it all to make sense and have some kind of positive" He laughs as he says this because he goes on to point out that in a lot of their songs the lyrics, including their current single "Problems" (my personal favorite), are "not really fun at all". This may be the case, but they sure are fun to dance to.

One thing that I've always loved about A R I Z O N A, is how responsive they are to their fans on social media. I asked Charles why this was such a priority to them. He says, "For us, we've always been about the human experience." Something else he said that I found really unique was that he didn't grow up going to shows and idolizing artists the way so many of us, including A R I Z O N A fans, tend to do.

I quickly learned in my conversation with Charles, that he completely views himself as just a normal person and "not some untouchable thing", and wants all of us to view him that way too. He explains, "The message is that we're putting into our music the kind of things that we're just going through ourselves and the same thing that the music does to the listener, the music does to us as well." Such an important sentiment for all of us to remember about all of our favorite artists. These songs that we sing to and laugh to and cry to, all come from inside someone else. Puts things into perspective, if you ask me.

For those of you who love the oddball questions, I've got your back. With festival season coming up, and surely more tour dates to come, I needed to know: What is Zachary Charles's favorite road trip snack when out on the road?

He said, "Oh man, haha wow, yeah, I don't know... I think my favorite snack out on the road might be... Cheez-Its, white cheddar popcorn, or chocolate," which also happen to be some of my favorites. So, to sum it all up: the lead singers of our favorite bands.... they're just like us.

You can catch A R I Z O N A making their way through the festival rounds this summer, and their new album Asylum is out on all streaming platforms now.