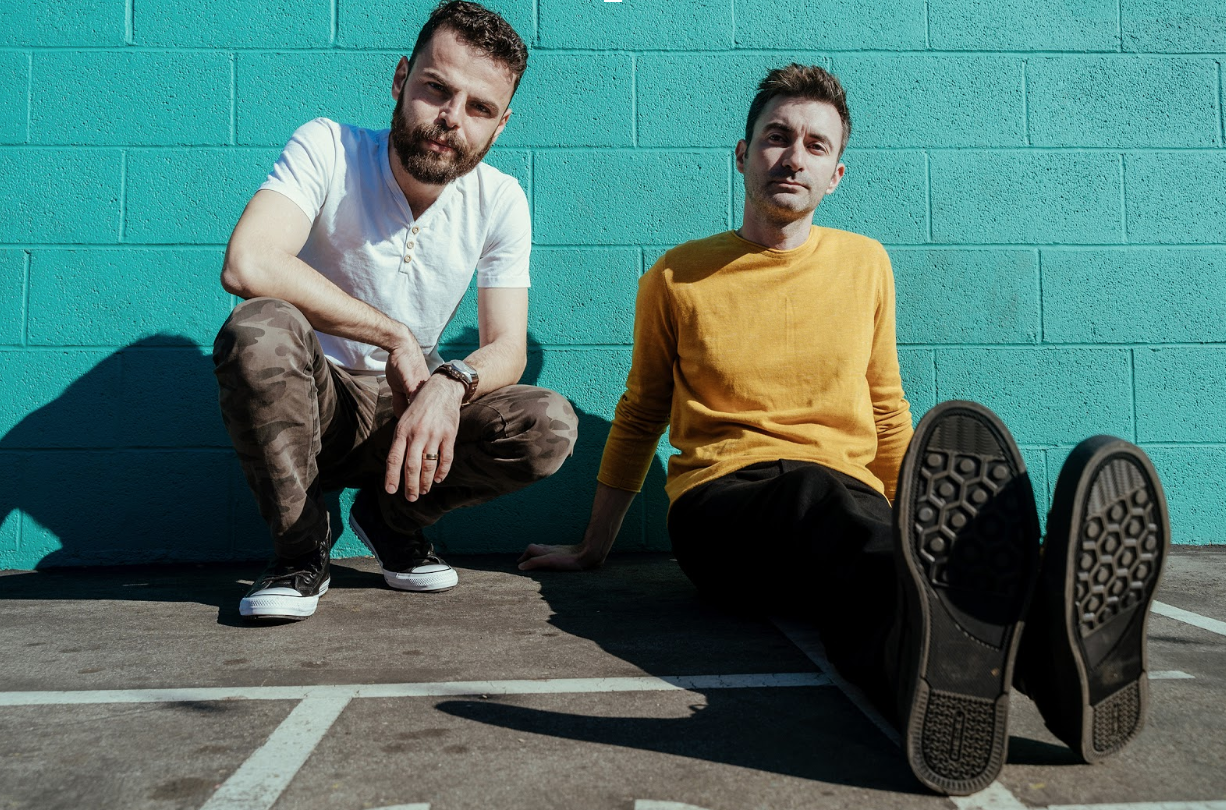 We caught up with our friends Ships Have Sailed. We’ve been fans for quite some time so we’re stoked to talk to the duo about their new tracks.

Tell me the inspiration behind the track "Stay."

In a nutshell, I wanted to capture that feeling of discovering that person who you want by your side for the rest of your life...it's kinda an ode to your ride-or-die.  Sonically speaking, I wanted a sweet, dreamy, timeless aesthetic, but with a slightly retro lean...romantic, but still moving enough to dance to. There's more to the story, but it gets pretty lengthy, so I shot some commentary videos to capture the whole thing...you can find segments one, two and three on YouTube!

What's been the inspiration for the new music?

Well, I always tend to write from experience and listen to the ideas that simply pop into my head.  The latest songs are a little different only in the fact that the past 18 months have been extremely challenging for various reasons, largely personal ones.  Those experiences have made me turn inward quite a bit and really do some soul searching, and because of that, I've been striving for a much more honest approach to songwriting.  This isn't to say that our past work hasn't been rooted in truth, but I guess I'm trying to say that I've been trying to listen to my inner voice a little more and really let it drive the creative direction.  Judging from the amazing response we've been getting from our two releases this year, I'm thinking that was a good instinct to lean into.

Who are some of your favorite artists right now?

This is such a great (and difficult) question - I'm really looking forward to Andrew McMahon's new album.  His lyrics are so eloquent, conversational and clever, and I'm looking forward to hearing what's next for him.  I've also been loving early Coldplay - it sounds odd, but I like to revisit different parts of an artist's history and those early albums really hold up; that sort of 'perfect imperfection' that was highlighted on Parachutes by Michael Brauer's mixing is just beautiful.  Definitely I've been digging into the Haim catalog a bit lately, Coin, and Talk Time...but really there are way too many to list - there are so many incredible artists out there!

Any hints for the new music?

You can definitely expect at least one more track this year...and it will be different than the other two we released.  That's about all I can say at the moment! 😉

What's next for you guys this year?

We are definitely in a very fertile creative cycle at the moment...there are so many ideas developing that it can be a bit difficult to keep up honestly, but a big part of this year is simply continuing to create.  We also have an appearance at Indie Week Canada in November, which we're really excited about!