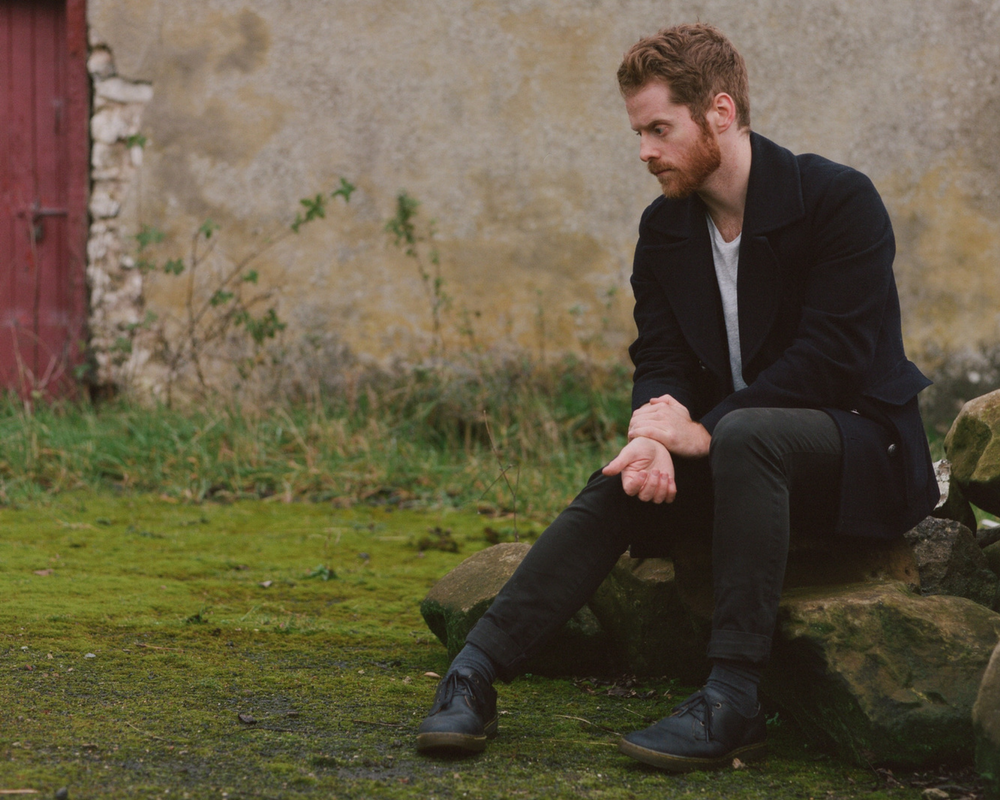 Ciaran Lavery has the most beautiful voice and his lyrics are so honest but at the same time delicate. His album Sweet Decay encompasses so many different emotions.

He talks about mental illness in "Beast at My Door" where he sings,“There’s a beast at my door, better not let in/Though it cuts a fine figure of someone I could put my trust in." He carries us through romances and heartbreak. Tracks like "To Chicago" and "Two Days In Savannah" show his lush storytelling skills. You can tell he's spent a long time on the album, the lyrics are mature, the themes that arise aren't fleeting but more about self-reflection, deep love, and the battle between sin and salvation. The production is flawless with rich orchestration underneath simple acoustic guitars, Lavery's earthy voice taking center-stage. We talked to Lavery about the new album and his the labor of love that went into it.

C: By the time I was born my brother & sisters had already established themselves as a household family band.  The sang mostly old standards & traditional songs, going door to door over the holidays & eventually they picked up quite a following.  They went from singing over the Christmas period to various other celebrated holidays like St Patrick's Day, Easter etc. and soon everyone wanted to hear them all of the time; they couldn't keep up with the demands at times.  When it came to expanding the group & adding another dimension they realized there was a gap for a soprano, which worked out perfectly for me since I was so young I basically popped out of the womb & into the band.

How has growing up in Ireland influenced your music?

C: You know music has been the backbone of Irish history since language was spoken.  Some songs are older than the discovery & formation of other countries.  Music & song have been ways to communicate where words could not & often times still remains as a more direct way.  I am intrigued by the history of traditional song, it can tell you an awful lot about a people.  So it most definitely educated me growing up as a young impressionable boy trying to find my way in the world.

What’s the story behind your song To Chicago?

C: When I was much younger I worked as a night porter in a late night hotel bar in the nearest town from here.  It was a small, quiet little place but always had enough traffic moving through that people would require somewhere to put their head down for the night before they moved onto the next.  Ordinarily enough, those same people would stop in at the bar for a nightcap, nine times out of ten.  Anyway, one night this guy in his late 40s, looked like a businessman but he was dressed more casual, like in his Sunday house clothes, he sits down & stews over a tall drink.  After a while he begins to tell me & the four walls about this girl he met the last time he came through this way, how he believed it to be serendipitous (checked if I knew what that meant) and how he let her leave without exchanging numbers or knowing a way to contact her.  When I asked him if he ever tried to seek her out he explained that she could be anywhere in the world right now "she could be in Chicago for all I know."  So I wrote this song, maybe it's from him to her, maybe she'll hear it.  Maybe it's for every person who wonders about someone else that's in Chicago or somewhere.  Maybe they hear it too.

What can we expect from Sweet Decay?

What’s your best advice for songwriting?

C: Find the thing that defines you & master it. It cannot be replicated, taught, fabricated or competed against, because it is individual to you.  Then celebrate it.

Oh, and always talk to strangers in bars.