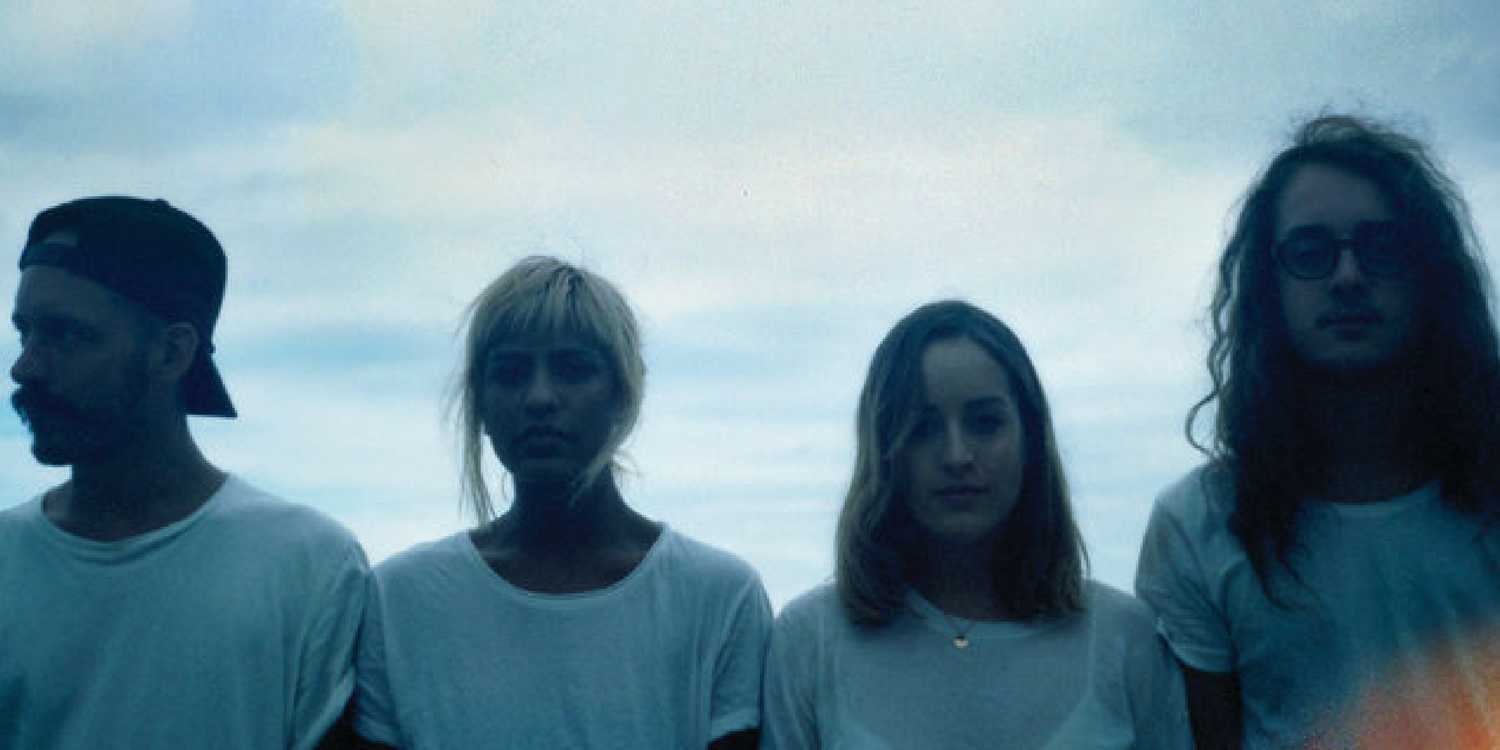 I’m trying to remember how I first found Tigertown. I would bet that it was through a long time sifting through dreamy photos on Instagram. Their photos so perfectly convey their sparkling, colorful sound.

Alexi was only 7 when his brother Chris was learning to play guitar, and his sister, Elodie, started to sing. They only thought it natural to teach Alexi drums so they could play together. He adds that now they play, “with a slightly different arrangement now and less Red Hot Chilli Pepper covers.”

Their latest EP Papernote was a turning point for the band. Alexi says, “I think we started realising that we had found a sound that worked for us and that we enjoyed making.”

I feel like there’s so much going on in this EP. The layering of voices and instrumentals should be overwhelming but it isn’t. Take the title track ‘Papernote’.

Alexi says, “[The song] was inspired by a story a friend had told us about how his wife had had her heart broken through an email while she was sitting in a cafe in Paris and he wanted to catch the train from London to Paris to write a love letter to her while sitting in the same cafe. The story moved us so we wrote a song about it.”

I can’t help but feel elated when I listen to their music. Alexi says, “We want the listener to feel what they need to feel. We can’t help but write upbeat and positive sounding music but lyrics allow you to connect with it on a different level. We just like to make people dance and sing and if that’s what they feel like doing then we have succeeded.”

The EP also drops some major music moments with Austrian producer Filous on ‘Take Me Away,’ a song inspired by Chris and Charlie’s trip to Nicaragua. Alexi adds, “They speak very fondly of sleeping in a treehouse, riding boats and surfing at night,” which explains the tropical undertones and bohemian attitude that seems laced through the chorus. Even the remix of ‘Papernote’ combines forces with Tommy English and BORNS (tbh Borns your voice fits in so well with their fam, lets see a tour happen).

Bookending the originals is the dynamic ‘What You Do,’ the most danceable song that just screams summer nights and festival road trips. The sample in the beginning of the song was actually recorded in a subway station in New York. He says, “It was really beautiful and unlike anything we’d heard before so Chris quickly whipped his phone out and recorded a little bit before the train came.”

This EP really shows off their entire sound and I can’t wait to see more from Tigertown. Alexi emphasizes how important it is to stay motivated. He says, “We’ve been at it for some time now and we have faced all sorts of challenges. Probably the biggest challenge is to just keep going. We’ve probably come to a lot of points where giving up has seemed like an easy option but we’ve never regretted pushing past that feeling.”

Or just listen to the track Papernote here: