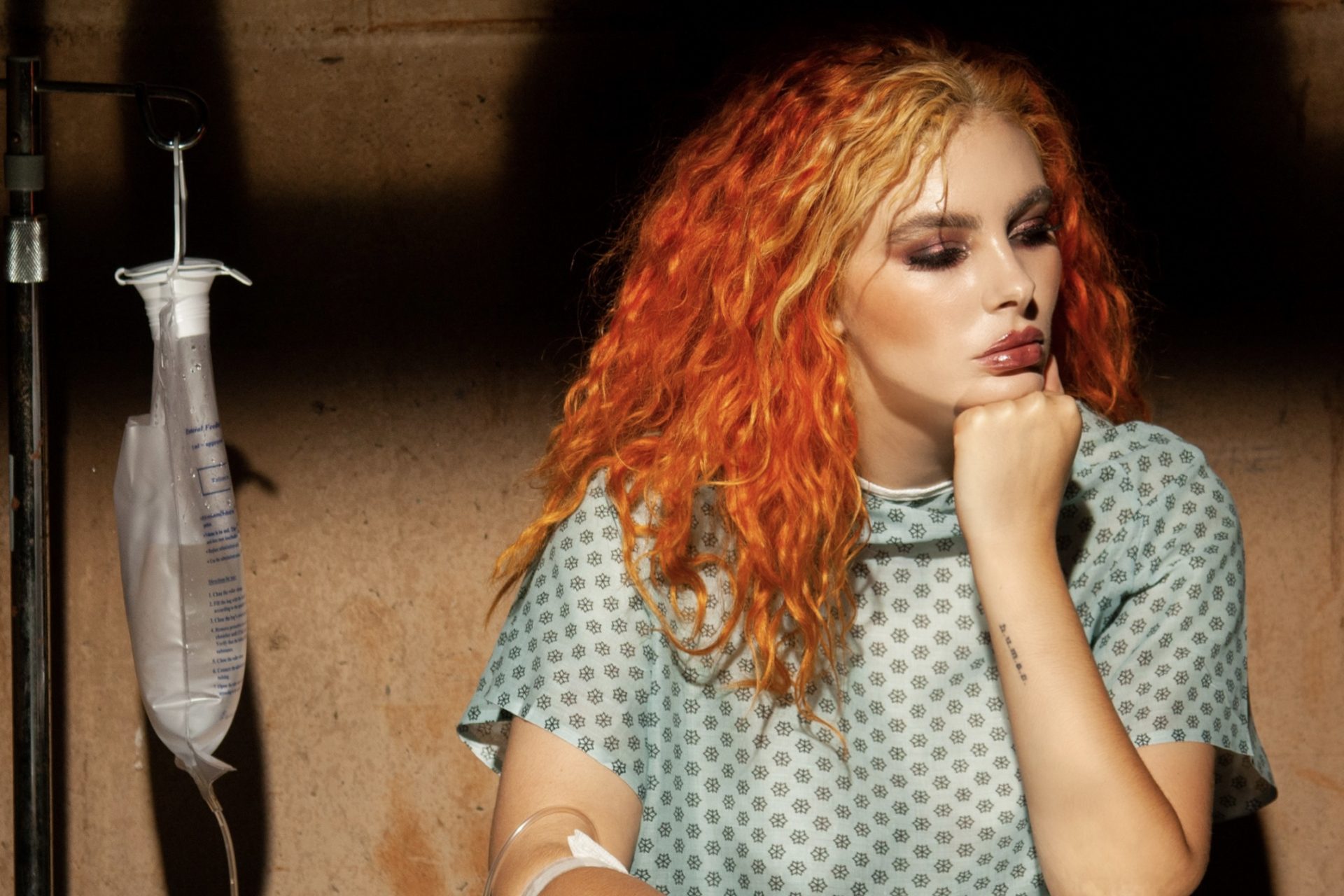 Courtney Paige Nelson's dark pop sound and haunting vocals are such a vibe, and her music has a purpose. "Saved Myself" is an empowering track about taking responsibility for your mental health and ultimately being your own hero. We talked to her about being "wired different," her new music, and why you need to get to know yourself.

Courtney Paige Nelson: I honestly think it was fate. That sounds cliche, but take someone who has no music background, didn't graduate high school, started music at 27, and tell me how I ended up here?

Tell me about your song "Saved Myself," what's the story behind it?

Courtney Paige Nelson: I wrote this song about leaving treatment and not having a support system outside of it. I had to really take everything I learned and apply it. It was hard feeling like I didn't have anyone to call if I slipped up and needed to talk. So, I wrote 'Saved Myself' because that's what I did. I became my own support system!

Why is it so important to destigmatize talking about mental health?

Courtney Paige Nelson: I think the biggest thing is the embarrassment factor that happens when people find out you're 'wired different.' I would love for mental health to be seen as something we treat with as much kindness as cancer. It is so important to have a safe space and to feel comfortable in your body, but it's hard to do that when people look at you like you're 'crazy' 'broken' 'too much'. I would love for more people to open up about what they struggle with so we can slowly break that barrier and integrate things like medicine or therapy into a normal part of society.

Courtney Paige Nelson: So much good music came out this year. I've been listening to a lot of film scores to get ideas for 'sounds' I might want to use in my songs. I love adding Easter eggs in my music to make it a bit different.

How have you been staying motivated to create this year?

Courtney Paige Nelson: I realized that I didn't have anything except music and myself while in quarantine. I really learned what I want for myself career-wise. It was a total shift of self-awareness. I know more about who I am, what I want, and what I want to give from this experience. I also realized how important human connection is.

Courtney Paige Nelson: Coming into music with no background, there were times that I felt guilty for not knowing things like music theory or how to play an instrument. I've realized though that what I offer is important enough. I am an incredible writer and putting an image to a song. That's the one thing I hype myself up on. I can pump out lyrics and create a whole story within a song. It's crazy how my brain works with words and applying visuals to them to paint a picture. But ask me anything about music theory or anything in the realm and I'm lost lol.

Courtney Paige Nelson: Don't be stressed about having your life figured out early on. It's okay to wait to get married, settle down. I didn't find my calling till I was 27 and I only just now feel like my life is starting. I always thought I'd be married with kids by now, but it didn't happen. I think women rush to settle down in their 20's because it's what we're conditioned to think is the norm. When the reality is, you won't know yourself truly till your 27/28/29. Everything you want, your taste, your wants/needs will be very different from even 25. So, wait. Give yourself time to know who you are and what you want. Don't feel rushed to grow up because time goes fast.