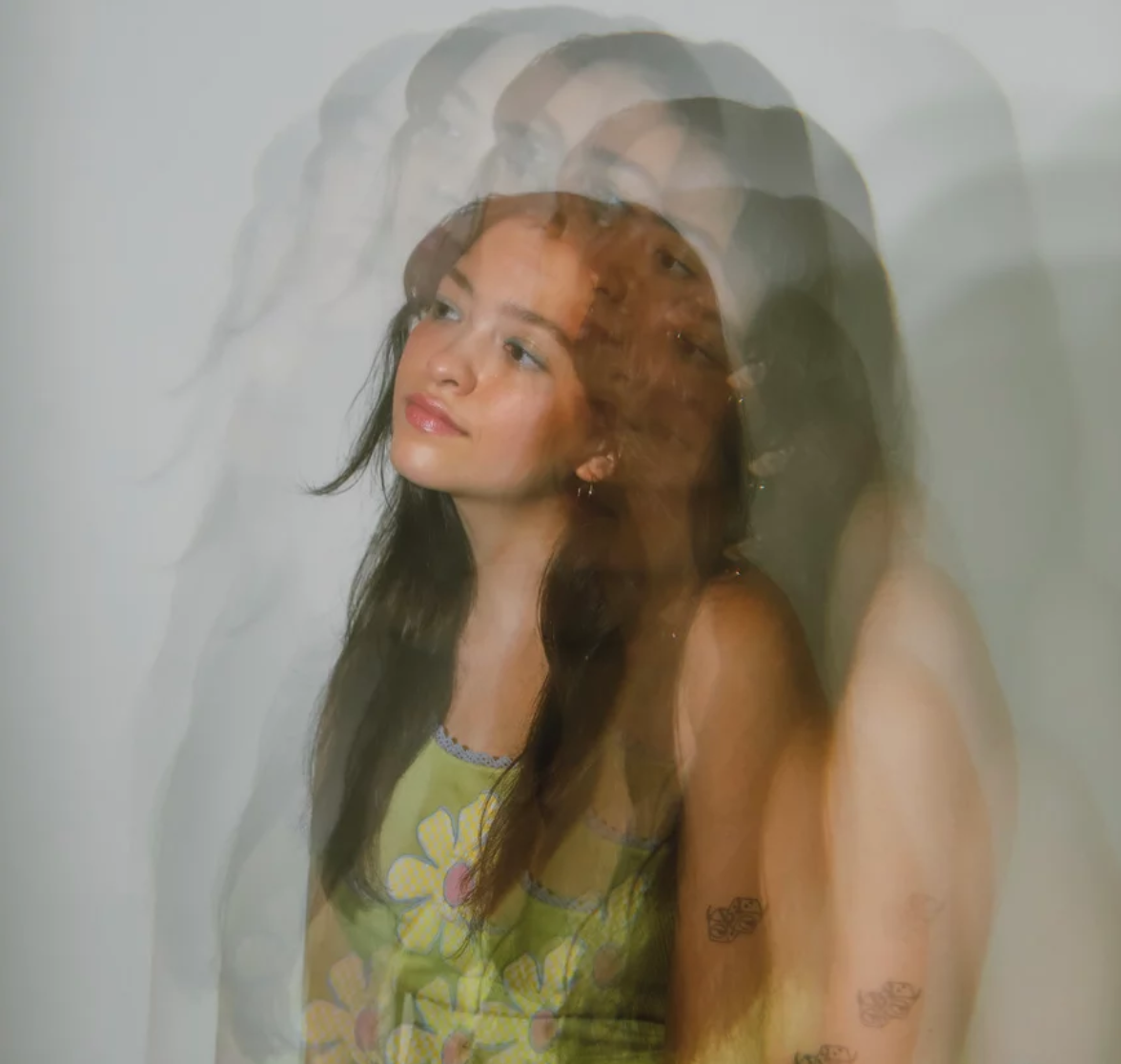 I first came across Eraste on TikTok and was immediately hooked by her delicate voice and the vulnerability in her songwriting. We quickly bonded over growing up in small towns in Texas and it's been incredible to see her grow as an artist. We caught up to talk about her new song "Lead Role" and the challenges of staying authentic to yourself.

So let's talk about your new song. Can you tell me the story behind it?

Eraste: It was right after Christmas, and I had this experience of going home. I feel like every time I go home, I have to pretend to be an old version of myself for the people that are there. And I kind of touched on it a little bit with "habits," where it's like our memories are discolored the older we get. I feel like with this one, it's that version of myself is frozen forever. Whenever I go back, I find myself making myself smaller or censoring myself so that I can fit into that ideal that was put upon me or the way that other people see me. So I feel like this is very much me existing outside of that as myself. And then whenever I go home, it's like me existing in that framework of just people, I don't know, putting their expectations on you.

I feel like you've made so much progress being comfortable with yourself as an artist since we last talked. Do you feel like you've come a long way in feeling more like the artist you wanted to be?

Eraste:  On my first project, I explored a lot of different things, and I think that that's what I wanted to do. I wanted to make a lot of different stuff so that I could see what sounded the best or see where I felt most comfortable. So I felt like I stretched my sense of identity, I was making a lot of stuff that didn't feel like me because I wanted to challenge myself. This song, I feel like it's the first song-- it's kind of like crashing every party where I talk about identity, and I talk about stuff like that. I feel like whenever I've gone into sessions before, I've been like, "Okay. I really want to make a song that sounds like this." I feel like, with this song, I was just like, "I am just going with what feels good," and then writing what feels good, and then kind of putting the sounds after that. So it does feel really authentic in that way.

I love that you bring up people's expectations in this song. But do you feel like sometimes it's also your own expectations for yourself?

Eraste: I feel like I will make myself smaller for them. I wish I could just be what they wanted. I feel like it's more so that they're putting the expectation on me, but it's also like, I'm kind of satisfying that for them. I'm like, "Oh, why can't I just be as good of a daughter that they wanted me when they wanted me? Or why can't I be this version of a friend that they wanted me to be?" I'm the only one that knows my authentic self, I never really thought that I was a people pleaser, but I was in therapy, and she basically kind of said it in that sense of just like if I'm constantly shifting and-- parts of me and weaving in and out-- then I'm the only one that knows my authentic self. But whenever I'm alone, and nobody's around, I'm like, "Who even is that? Who is that?" And so, I feel like putting that expectation on myself has made it harder for me to see my true sense of self.

Do you feel like kind of you're finding more people that you can vibe with and work with that are kind of seeing your vision more?

Eraste: I grew up in a tiny, tiny town in Texas where literally like 3,000 people and such narrow-minded. And I feel like I knew from the beginning that I was a city girl. Nobody sees me for me. I feel like now being in what I imagined is amazing. I feel like the more that we become aligned and congruent with ourselves, the harder and more drastic the change is whenever we go back. I feel like I could fit in there whenever I was in high school or whatever with people's expectations because I was disconnected from myself. But now that I'm here and I'm kind of being closer to who I am and processing my emotions and all that stuff, whenever I go back, it was like, "Oh, this is so much harder to fit into this tiny box for myself." Because I've become used to taking up space.

People grow up and change and move and pursue their things, and I feel like a lot of people had those dreams and never pursued them. And now you're doing it.

Eraste: I think I didn't even realize who I was writing it about or whatever. I think it was just overall. But one of the lines in the second verse is, "I guess we'll never know who you could be." I feel that way a lot with-- because I feel like the hardest part is seeing the potential of people that you cared about a lot and then them, I don't know, just staying with what's comfortable or staying there. And it's just this place literally takes chapters, and it's like you wish that they could see everything that they could be, but they're just going to settle into this thing of what's expected of them.

What would you say would be your biggest challenge as an artist now?

Eraste: I feel like I need to work on not shying away from the hard stuff. I shouldn't shy away from saying those things or saying it in that way that's like gruesome or dramatic or whatever. I should lean into that because that's how it feels. I guess that's just a part of where I'm at in life. I feel like with "habits," I was like, this is so personal, and it's so emotional and so dramatic, but I released it because I needed to say it. And now that's just what people have been super responsive to.

What would be your best piece of advice to your younger self?

Eraste: Find people who see you. I think that's all that we can ask for. And that's very important to me as a person because I didn't feel seen or understood at all. I feel like the biggest advice and the best thing that I could do is to see other people for who they are. And that helped me creatively more than anything because it's like once I'm working with people who see me or just letting myself be seen, I am more authentic, and it flows better. I'm just overall so much more comfortable because when we feel seen, we can just show up better.

Keep up with Eraste on TikTok, Instagram, and Spotify.