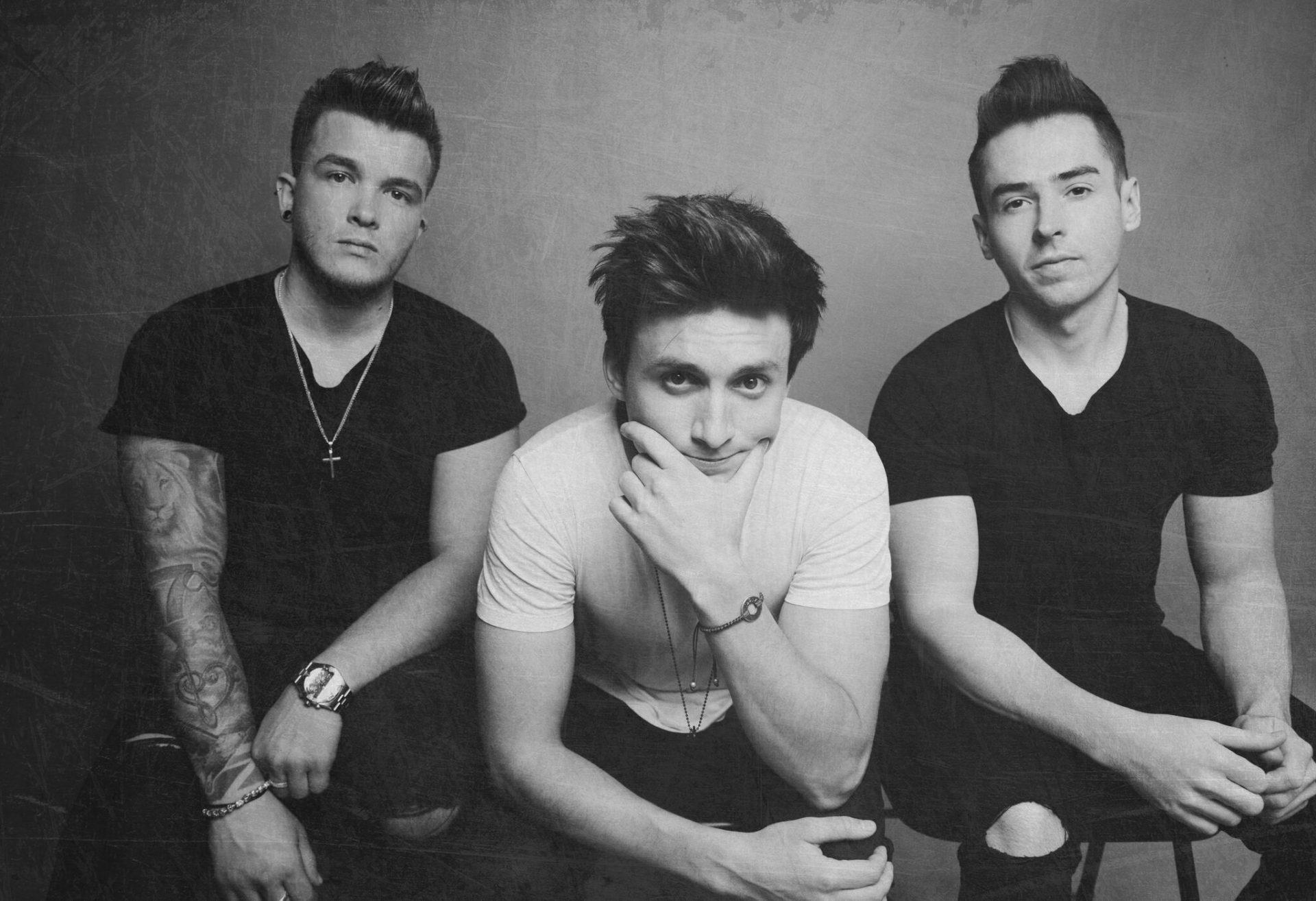 Well, as a former directioner, I’m very much intrigued with how all members are handling this hiatus. Emphasis on all – like including their band members. Former One Direction’s drummer, Josh Devine, has joined forces with Sean Murray and Hayden Maringer forming the band, Evaride.

Devine tells me the idea originated between him and Maringer when 1D was on tour. “We just hit off, became friends and stayed in touch.”

Devine and Maringer met up last January and decided to start a band. “We both were just like, yeah, let’s do it!” All that was missing for the duo was their lead singer.

“Sean was our mutual friend,” explains Devine. “Hayden kept showing me this video of a singer and then I was like yes, he’s the one. The next thing I know, we were on a plane to New York City to meet him.”

“We really hit it off,” all three say in almost rehearsed unison.

Devine explains the meaning behind the band name and tells me he was heavily involved with the charity, Food for the Hungry. “I was able to sponsor a child through them for about three years. It showcased life in Rwanda. I was followed around with a film crew and traveled back and forth to work with the people there.”

“The child we sponsored was named Evaride and the film crew was like this is it. This is your band name. I wasn’t sure the band would be down for this, but I pitched it to them and we loved it,” says Devine.

“We wrote our single, Heartless, during a time where things weren’t going well. I felt like I hit rock bottom,” says Maringer. “With everything in the world right now, all the bad stuff happening, I decided I didn’t want to wake up in a world and worry about living and worrying about any circumstances.”

“I just wanted to wake people up to the realization that we can’t live in a heartless world. I wanted us to be positive role models and teach people to have each other’s backs. Regardless of what you believe in, the core root of our being is connection.”

While the trio plans on performing and touring, they tell me they just want to make music. “Honestly, we didn’t expect anything. We’re just doing what we love to do,” says Maringer. “We could do this for the rest of our lives.”

Murray adds, “I heard the song on the radio for the first time and we were just all talking to each other about it. We didn’t have any expectations, but we keep getting these opportunities and we’re in shock but also going with the flow.”

“What we know we can do while being in the band is become role models for everyone and spread the message and making things change and doing good deeds,” says Maringer.

The trio is most looking forward to performing their songs live while putting a message across the world and creating hope and camaraderie.

It looks like they’ve already done their first deed. Remember Devine’s work in Rwanda? Evaride’s village is now out of poverty.

Check out the video for “Heartless” now!